Most people were at movie theaters waiting in line to see Catching Fire on Thursday, November 21st.  But not us!  We were in line at Barnes & Noble to get my husband’s and brother’s book signed by Mike Tyson.  It was raining so badly this night we got there really early, which was a good thing since my boys got to get into line already and they lucked out and didn’t have to wait in the line outside the building.
I was just there to take the pictures of them.  I wasn’t allowed in the line since I didn’t have a wrist band.  So while they waited in line I went and bought myself a book. 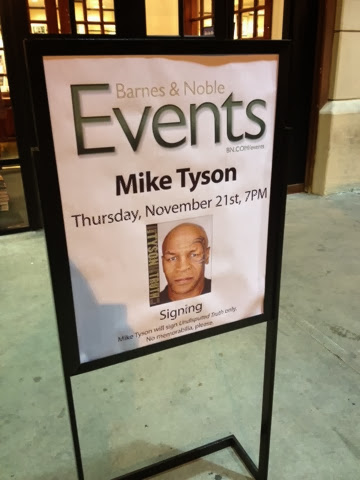 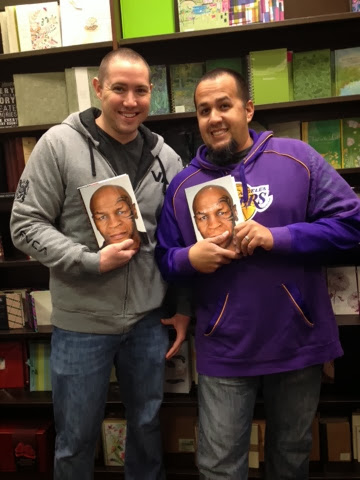 My brother and my husband with their books in line. 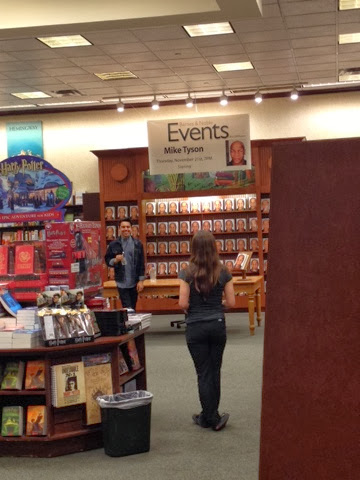 Where the signing was going to happen. 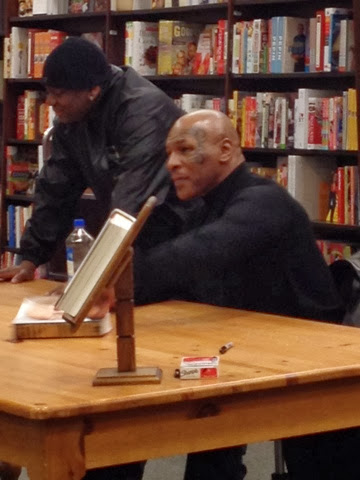 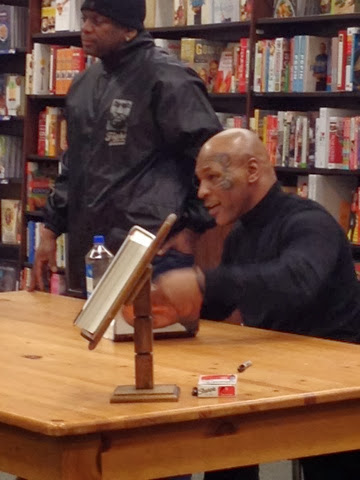 I think was when he was talking to the little girl that told him her mommy just loves him!  It was so cute! 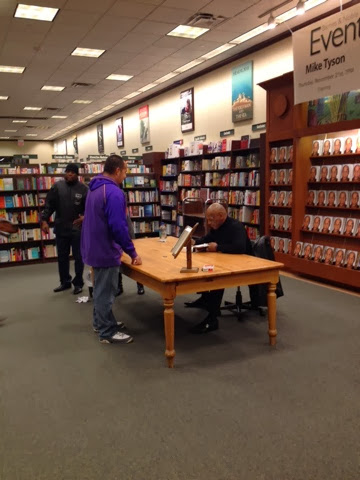 My hubby getting his book signed. 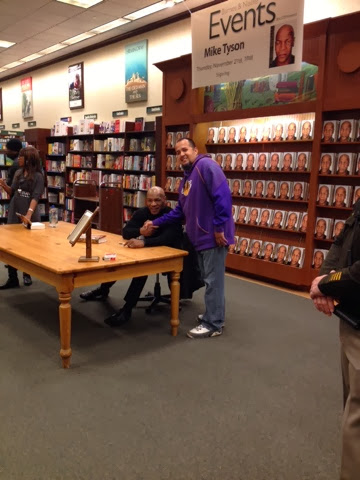 Shaking Mike’s hand.  He said his hands were like baseball gloves. 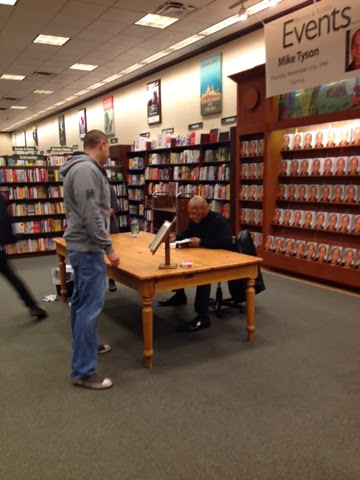 My brother getting his book signed. 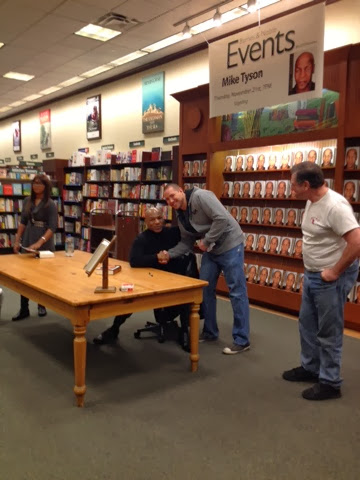 My brother shaking Mike’s hand.  Mike told him, “Wow!  You’re a big fella!”  Which he is really tall! 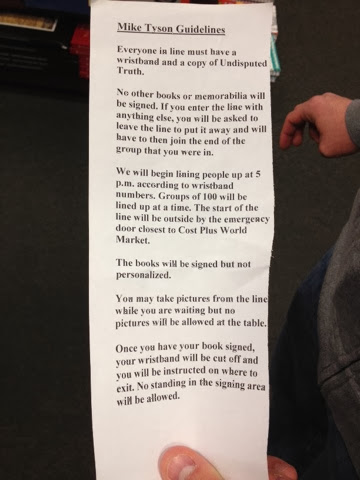 My brother thought it was so funny that Mike Tyson had his own guidelines. lol
Both my husband and brother said it was such a great night to meet Mike Tyson.  My brother said this was the best Christmas gift he’s ever gotten.  Long story short, he wasn’t going to be able to make the signing so I was bought his book to get signed to give him at Christmas, well all of a sudden he was going to go and was headed to B&N to get the book and wrist band to get into the signing, so I had to tell him I bought the book for him.  And once he got the book signed I made him hand it back to me so I could wrap it for him. He said since he got to meet him and get the book signed he can wait until Christmas to get the book back.
Tweet