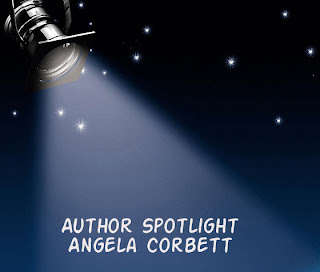 Bio (As stated on Angela’s website): Angela Corbett graduated from Westminster College with a double major in communication and sociology. She started working as a reporter for her local newspaper when she was sixteen and won awards for feature, news, and editorial writing. She has also done freelance writing. In addition to writing, she works as a director of communications and marketing. She loves classic cars, traveling, and listening to U2. She lives in Utah with her extremely supportive husband and their five-pound Pomeranian, Pippin, whose following of fangirls could rival Justin Bieber’s. 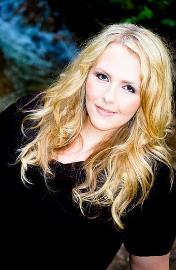 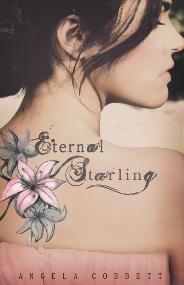 Books: Eternal Starling
A love so strong, even eternity can t separate them. Evie Starling has lived a relatively uneventful life hanging out with friends, gossiping about boys, and driving her 1966 Mustang. All of that changes when she moves to Gunnison, Colorado, to start college and meets two mysterious men. For centuries, Alex Night and Emil Stone have yearned for Evie but they each have their own reasons for wanting to be with her. When both men claim to be her soul mate and tell her about an unbelievable past, Evie learns that she s not the person she thought she was. Soon, Evie finds herself in the middle of an age-old battle between the Amaranthine Society the soul protectors, and the Daevos Resistance the soul destroyers. With a past she doesn’t understand, and a future rife with danger, Evie has to decide who she can trust. But Alex and Emil aren’t the only ones who want Evie, and her soul is about to become the rope in an eternal tug-of-war.
Buy This Book:  Here at Amazon, Here at Barnes and Noble
Review by Lisa: I really enjoyed reading this book. I was able to relate to Evie a lot and it is refreshing that Evie isn’t a stereotypical skinny girl; I also loved Evie’s attitude, spunkiness and the fact that she loves to go four-wheeling. How cool is that?!! This book really intrigued me and left me wanting more. I know love triangles are playing on some of your nerves out there but this is a story you will want to read…love triangle and all!! Awesome, refreshing read!
Interview:
What is your favorite ice cream?
Chocolate chip, but the chips have to be the tiny shaved kind.

What is your favorite classic car?

A 1966 Mustang! The ’66 GT Mustang Evie drives in Eternal Starling is based on my car.

If you could work with any author who would it be?
There are so many I admire! I would be a total fangirl if I ever even met Suzanne Collins though. If I had the chance to work with her, I’d hyperventilate.

Who is your favorite author and is your writing style similar to theirs?

I don’t think I can pick just one! I really like Kristin Cashore, but I don’t think we have a similar writing style.

What are your must-have accessories while writing?
A comfortable chair, a quiet place to work, and lots of water or coffee.


The dreaded writer’s block; Ever have it? If so, what do you do to get through it?
Oh, I’ve had it, and I’m sure I’ll have it again. Usually I mope around the house and have conversations with my Pomeranian–he’s not very helpful. If I can’t work through it on my own, I talk it out with my best friend. And if that doesn’t work, sometimes I’ll take a break from the manuscript and work on something else for awhile until I’m feeling inspired again.

Do you believe in soul-mates?

Yes! I think a soul mate is the person who makes you better and brings out the best in you, not necessarily someone exactly like you. I love the idea that a person like that exists for everyone somewhere.

What gave you inspiration for the Eternal Starling series?
I knew I wanted to write an eternal love story, but I wanted to create my own mythology and make it different from anything I’d read before. I saw a TV show about reincarnation and realized it would be perfect for the love story I wanted to write. Then one day I was in my car and heard Gavin Rossdale’s song, “Love Remains the Same” on the radio. Everything fell into place in my head and I started writing Eternal Starling that night!


Did you have to do any research for Eternal Starling?
I did some research on Celtic mythology. I also did a lot of research on the various beliefs about reincarnation, and the different views on soul mates.

How would you describe Eternal Starling?

Did you put any of yourself into Evie’s character? Outside of her love for classic Mustangs.

I see a lot of my high school self in Evie. I was pretty stubborn and opinionated…I sometimes still am. 🙂 Evie’s love for the sand dunes is also close to my heart. I spent a lot of time at the dunes when I was growing up, so the sand dune scenes were some of my favorite to write.

When can we expect book 2 of the Emblem of Eternity?

I don’t have a release date for the book yet, but as soon as I do, I’ll post about it on all of my social media sites!

What question have you always wanted to be asked in an interview? How would you answer that question?
No one has ever asked me about Caleb. He really took on an interesting personality as I started revising and became one of my favorite characters to write in Eternal Starling.

Thank you so much for all the nice emails, tweets, Facebook comments, and for telling people about my book! I have the best readers and love you all!!!
Giveaway: Thanks to Barnes and Noble and Angela Corbett for the items in the giveaway!