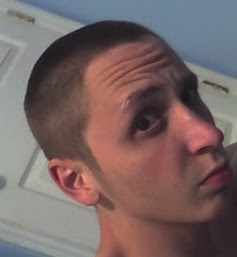 Author Bio: james crawford (all lowercase please) grew up in Foxbourgh, PA. I currently live in Hornlake, MS with my partner of five years.

As of right now I am currently in the midst of finalizing edits for the re-release of Caleo Leech: Book 1. In between edits for Book 1 I am also working on Jack Leech: Book 2, which I will have a cover for soon and a release date that is somewhere in the near future. Keep an eye on the blog for news of that and many other things. 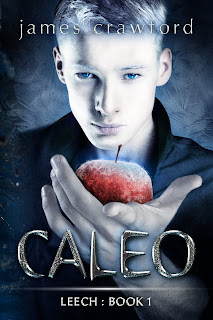 Sarah’s Review:  I really enjoyed this book.  It kept me interested through the whole book.  I look forward to reading the second book when it’s due out.  I want to know what happens next!
Overview:  Every High School has their social outcasts. The band nerds, the math geeks, the chess club, the girl that chews her hair, but at Butler even the creepy nose picker in the chess club is more popular than Caleo Anima. No matter what he did, his pale skin, snow white hair, and piercing blue eyes always made him an easy target. He used to think that the only way things could get worse would be if someone found out that he was gay, but that isn’t even the tip of the iceberg of problems after a mysterious stranger shows up and changes Caleo’s life forever.
Hidden amongst our society, a secret and magical race of people known as ‘Leeches’, have been engaging in civil war for decades. Both sides are desperately searching for a weapon with unlimited power that will give them the advantage they need to rule their world. This wouldn’t mean anything to Caleo, except for one problem…He is that weapon!
Forget making it through High School. Caleo has bigger problems! As the search for him goes on, the world is quickly crumbling around him. He’s now fighting for his life and the life of what little family he has left. With the help of new friends, he has little time to try and master his newly found powers as he tries to figure out who he can trust, who is trying to use him, and who just wants him dead. One wrong step and being the awkward pale outcast will be the LEAST of his worries. 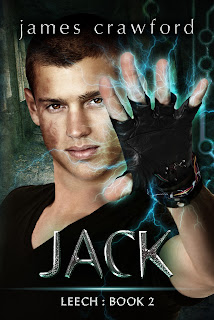 I love the covers on these books! 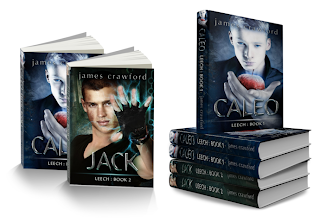 You can find his books on Amazon or Barnes & Noble
Sarah’s interview with james crawford
Do you have a play list while writing? If so can you tell me
a few songs on there?
james crawford: I am odd I guess. I always hear about
authors rocking out to this, or playing that for inspiration while writing. I
on the other hand can only write in complete silence. No TV, no music, no
spouse’s constant interruptions, just me zoned out and into the story.
Who inspires you to write?
james crawford: I think I would have to say Perry Moore is
the one who inspired me to start writing. His book ‘Hero’ was one of the only
books I have found on the market that was young adult, had a gay main
character, and still managed to have a great storyline. Perry Moore did a great
job paving the way for authors like me and I hope he would be proud of how he
helped the genre blossom.
What was the inspiration behind Caleo Leech: Book 1?
james crawford: Caleo was actually inspired by a repetitive dream I kept
having about this pale kid with white hair, and the power to make the
temperature around him drop. He was constantly running for his life either with
this athletic kid (who I later named Jack) or a giant muscular man protector
(Nolan). After about the fourth or fifth dream with these characters I started
to write down their stories and piece them together.
When does Jack Leech: Book 2 come out?
james crawford: I am hoping to release Jack Leech book 2 at
the end of February. It is currently in the final stages of me doing my
edits and will be in the hands of my editor shortly.


If there was a movie for Caleo, who would you want to play…Caleo, Jack and
Jillian?
james crawford: Very fun question and one I like to play all the time.
Caleo I think I would like to cast Andrew Garfield. I love his hair and judging by him
in the Spiderman suit I think he has the right body type. He is kind of goofy
looking but still has that handsome quality. 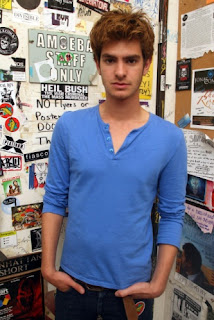 Jack was always a tough one for me. I wanted muscular but
not over beefy and he had to look like his twin sister to a point. I would pick
an actor from MTV’s Teen Wolf Colton Haynes. 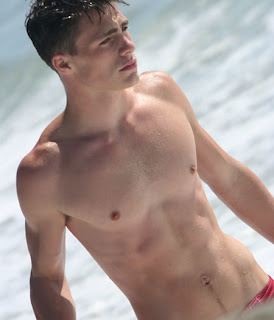 I love my pick for Jillian. She had to be hot chick in
school and able to show nerves of steel for what I have in store for her. You
all may know her from Pretty Little Liars but I remember her as Probe’s little
sister from NCIS… Troian Bellisario 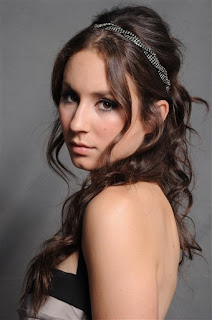 How many books will be in this series?
james crawford: There will be 3 complete novel sized books.
Caleo was the first book, the second book Jack I am hoping to release at the
end of February, and the third book will be named Nolan. I am hoping to hire
the lovely Georgina Brooks to finish the covers for the trilogy in April. I am
always excited to see her work.
If you could interview any author who would it be?
james crawford: I would love to interview Christopher Paolini.
He is my all time favorite author. His book Erogon is amazing and is one of the
book I have to read once a year and still find things I missed.
What do you like to do in your spare time?
james crawford : I’m actually not very good with free time.
I work nine hours a day for a company I love, then I come home and write
because I love that. I do tend to squeeze an hour of TV time in every day, and
a few extra hours on the weekend to catch up on all my shows but other than TV,
day job and writing I don’t tend to do much else.
Favorite place to travel?
james crawford: When I travel I like to go home. Not the
home where I live but the place I grew up. I currently live down below Memphis,
TN but my home, where I belong is in Pennsylvania. Up north in the mountains,
deep in the woods where everything is cleaner (nowhere near as much litter and
trash laying everywhere)  and you don’t
have to be near so many people.

What book are you reading right now?
james crawford: Right now I am reading Wings of Vengeance by Kylie Price. I
can’t tell you much about it I just started it today and haven’t made it but 6
or so pages in, but the cover is amazing and sadly I am a judge a book by its
cover kind of person. 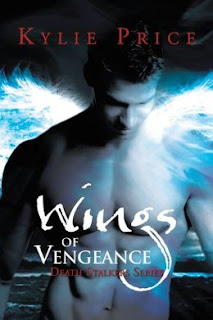 Anything else we should know about you?
james crawford: My books are not for everyone and I understand that. My books are stories about a boy who happens to be gay. Yes it is a young adult book, but it does have a gay character and some parents might not be ready for their teens to read about that. There is nothing pornographic about my book and nothing escalates past a kiss but parental discretion is advised as it would be for a pg13 movie. You know your kids and know best what they are mature enough watch or read.

Giveaway Time**This giveaway is only open to the US**