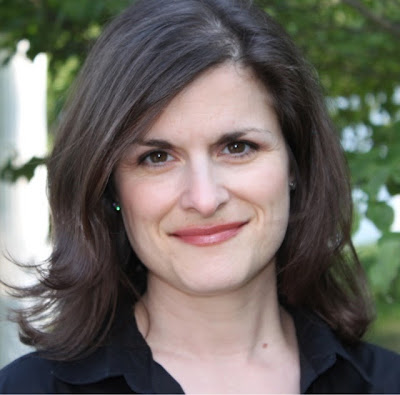 Bio.: Lea Nolan writes the kinds of stories she sought as a teen—smart paranormals with bright heroines, crazy-hot heroes, diabolical plot twists, plus a dose of magic, a draft of romance, and a sprinkle of history. She holds degrees in history and women’s studies concentrating in public policy and has spent nearly twenty years as a health policy analyst and researcher. She lives in Maryland with her heroically supportive husband and three clever children. You can learn more about Lea on her website, on Facebook, Twitter and on Goodreads. CONJURE is available at both Barnes and Noble and Amazon, the sequel, ALLURE will be released in October 2013 and is available for preorder on Amazon.

Guest Post:
Hi Lisa and Sarah! It’s great to be here with you on Girls with Books. This blog is awesome!!!
I thought I’d share a little bit of what inspired me to write CONJURE, the first book in The Hoodoo Apprentice series which features wicked-flesh eating and soul-sucking curses, Gullah hoodoo magic, a super smart and determined heroine, and the sweetest, kindest, and most abtastic hero.
First, and this is the God’s honest truth, the initial bit of story came to me from a Chick-fil-A kids meal bag. Nope, those chicken nuggets didn’t come with a side order of hoodoo. But the bag did mention that back in the day, pirates used to send messages in bottles. When my daughter read me that little factoid as I exited the drive-through, I had to wonder: Why would a pirate bother to send a message in a bottle? It’s not like anyone was likely to find it bobbing on the vast ocean. And even if they did, it’s not like they could answer it. So I figured whatever made them send that bottle must have been pretty important. And they had to be pretty desperate. Like, for instance, maybe a curse had wiped out the whole crew and was threatening the ship?
But what kind of curse would be so horrible? I was stumped. A few days later, as I was vacuuming with my trusty Dyson, The Creep popped into my mind, a flesh-eating curse so deliciously disgusting it could not be denied. From there, it was just a matter of connecting the dots and coming up with a good enough reason to inflict a pirate crew with such a nasty affliction. And once I did, I had to figure out who would be powerful enough to cast such a spell, and how it could be broken.
For me, setting has as much to do with shaping the story as the initial idea. Once I knew the curse’s first victims were a bunch of scurvy pirates, I needed to figure out where and when pirates were most active along the US Atlantic coast. A quick Google search showed that pirates spent lots of good times hanging out in and around the South Carolina Sea Islands during the 1720s. Add to that my college-era lessons about the Gullah, and some more searches on their unique folk magic known as hoodoo and I was in business. The Sea Islands are just about one of the most beautiful and romantic places in America. Don’t believe me? Here are a few pictures I took on a recent scouting trip to St. Helena Island, Lady’s Island, and Beaufort, SC: 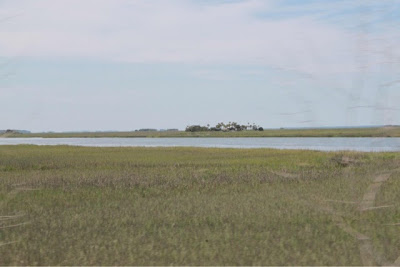 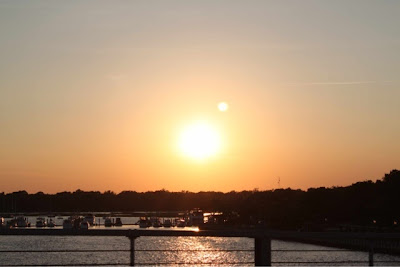 Aside from its marshes and gorgeous sunsets, the Sea Islands are also famous for their Spanish moss and creepy, spindly live oak trees. Just look at this stuff: 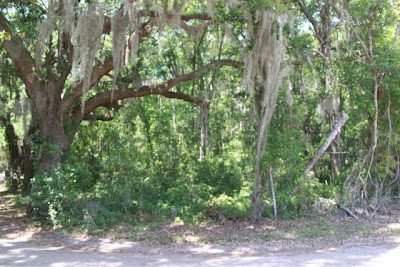 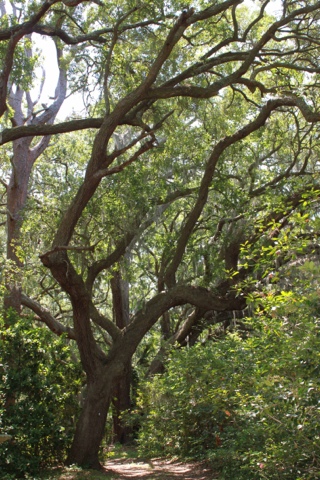 Cool, isn’t it? The branches are like long, gnarled fingers reaching out to snatch you, and the moss is so spooky, how could it not inspire some freaky, ominous forest scenes?
My hoodoo spell books also helped inspire some of the major plot points in the book. Of course, I’ve had to take a little artistic license here and there to keep things interesting, but wherever possible, I weaved in actual hoodoo charms into the story. My favorite hoodoo magic book is Hoodoo Herb and Root Magic: A Materia Magica of African-American Conjure written by Catherine Yronwode. This book is the real deal and it’s crammed with amazing spells with names like Break Jinx, Follow Me Boy, Psychic Visions, and Law Keep Away. I’d read through the list of ingredients and instructions and the story ideas would start flowing.
Finally, music played a key role in inspiring the relationship between Emma Guthrie and Cooper Beaumont, her best friend and secret crush. I’m pretty sure I played Colbie Caillet’s Bubbly about a million times since I started writing this series because it perfect captures the way Emma feels about Cooper. ‘Cause, you know, he gives her that bubbly feeling that starts in her toes, makes her crinkle her nose, and where ever she goes, she always knows that he makes her smile…
So there are some of the secrets behind CONJURE, the first book in The Hoodoo Apprentice series. The second installment, ALLURE comes out in October 2013 and I’m happy to say I used many of the same sources as inspiration, and was thrilled to find a few new ones as well. But that’s a whole other story for another day.
Thanks so much for having me! I’d love to know what inspires you – Music? Movies? Books? Food? Dreams? Something else entirely? Please share!
~Lea 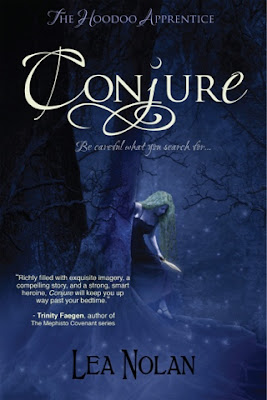 Book Overview: Be careful what you search for…
Emma Guthrie expects this summer to be like any other in the South Carolina Lowcountry—hot and steamy with plenty of beach time alongside her best friend and secret crush, Cooper Beaumont, and Emma’s ever-present twin brother, Jack. But then a mysterious eighteenth-century message in a bottle surfaces, revealing a hidden pirate bounty. Lured by the adventure, the trio discovers the treasure and unwittingly unleashes an ancient Gullah curse that attacks Jack with the wicked flesh-eating Creep and promises to steal Cooper’s soul on his approaching sixteenth birthday.
But when a strange girl bent on revenge appears, demon dogs become a threat, and Jack turns into a walking skeleton; Emma has no choice but to learn hoodoo magic to undo the hex, all before the last days of summer—and her friends—are lost forever.

GIVEAWAY TIME!!! Thank you Lea for the awesome guest post.