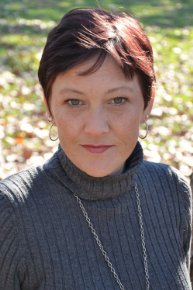 BIO:  Amy Garvey is a former editor who now works on the other side of the desk as an author. She grew up reading everything she could get her hands on, watching too much TV, and wishing she was Samantha Stephens from Bewitched. (She still wishes that, actually.) She is also the author of Cold Kiss. Amy lives in West Chester, Pennsylvania, with her family. 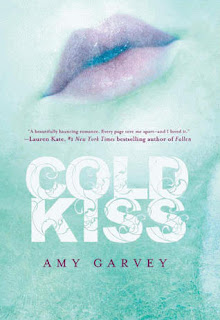 Description: It was a beautiful, warm summer day, the day Danny died.


ISuddenly Wren was alone and shattered. In a heartbroken fury, armed with dark incantations and a secret power, Wren decides that what she wants—what she must do—is to bring Danny back.

But the Danny who returns is just a shell of the boy Wren fell in love with. His touch is icy; his skin, smooth and stiff as marble; his chest, cruelly silent when Wren rests her head against it.
Wren must keep Danny a secret, hiding him away, visiting him at night, while her life slowly unravels around her. Then Gabriel DeMarnes transfers to her school, and Wren realizes that somehow, inexplicably, he can sense the powers that lie within her—and that he knows what she has done. And now Gabriel wants to help make things right.

But Wren alone has to undo what she has wrought—even if it means breaking her heart all over again. 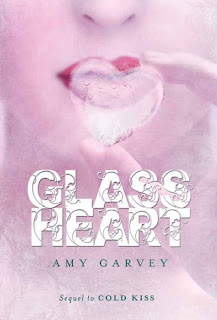 Description: Fans of Beautiful Creatures will fall head over heels for Glass Heart by Amy Garvey, with its blend of breathless suspense, passionate romance, and magic.

In Cold Kiss, Wren Darby learned she had powers strong enough to bring her dead boyfriend back to life. She thought she had to keep these powers a secret from everyone, until she met Gabriel, a mind reader who instantly learned her deepest secret. In the sequel, Glass Heart, Wren is torn between her love for Gabriel and the rush of exploring her powers. When Gabriel warns Wren that her powers are getting out of control, Wren begins spending more time with Bay and Fiona, whose magic is wild, exhilarating—and dangerous. And by the time Wren realizes Gabriel was right, she may already have lost him.

Lisa’s Review: I really loved reading these two books. The emotion which Wren goes through is quite intense and remarkably written.

If you could work with any author
who would it be?
—Probably Stephen King. I love his
characterization, and his imagination is huge. Plus, he’s great at the
creepy  stuff, which I love.
What are your must-have accessories
while writing?
—Tea (hot or iced, and always sweet),
music, and something to nibble on, although I am trying to be more mindful
about not making the nibbly thing Cheetos. Which isn’t easy, sadly.
The dreaded writer’s block; ever
have it? If so, what do you do to get through it?
—I’ve never had writer’s block the
way you see in movies, where you can’t think of anything to write at all. I
sometimes get stuck within a scene, but that’s when I realize I’m probably
doing something wrong and backtrack to figure out where I took a wrong turn.
What is a typical working day like
for you? When and where do you write? Do you set a daily writing goal?
—I don’t have a set routine, unless
I’m facing a deadline and then it quickly becomes a certain number of pages I
have to get done a day. Otherwise, I try to write daily, but I don’t when I’m
not actively working on a project. I can work almost anywhere, though. Give me
headphones and I can write on the subway.
What is the hardest part of writing
for you?
—Plotting. My writing is better when
I can let the story unfold at its own pace, and let twists lead me into new
places. When I sit down and try to force a plot, it usually feels forced, or I
wind up going another way anyway.
What advice would you give aspiring
writers?
—The only good advice for writers is
to read, and to write. You can’t be a good writer in a vacuum, and you can’t
write a book (or even a poem) if all you do is talk about it. Just remember
that it’s work. You’re generally not going to sit down, boom, and come away a
day later with a perfect story or chapter or whatever. I’m not sure why some
writers think that should happen. Rembrandt didn’t paint every painting in one
go, right?
What prompted you to become a
writer?
—Nothing prompted me, I’ve just
always written. Even in elementary school, I was writing stories.
What’s the best thing about being a
writer?
—It’s hard to say. For me, it’s a
little like asking what’s best about breathing. Writing is just something I do.
Even if I were never published again, I’m always going to write. But some of
the best perks are working at home in pajamas, and knowing that you can really
touch someone with something you’ve written.
How did you come up with the idea
for the Cold Kiss series?
—Cold Kiss came from a conversation
with friends. We were joking about what could possibly come after werewolves
and angels and vampires, and someone said, “Zombies.” At that point, there were
already a few zombie books out there, but I was struck by wanting to do what I
hadn’t seen—give a girl a zombie boyfriend. And the book evolved from there.
How would you describe the Cold Kiss
series?
—Is two a series? It’s always hard to
tell! I’m not sure how to describe the books—they’re paranormal but rooted in a
very real world, they’re romance but there’s also a whole lot of sad in there.
Maybe I should say that the way I’d like to describe them is one girl’s
discovery of herself. At bottom, that’s what happens in both books.
Did you add some of your personality
into Wren?
—There’s probably some of me in every
character I write, even if it’s just a band I like or the fact that I hate
brussels sprouts. Wren gets her love of horror from me, and her snarky
mouth.
What would you have done about
Danny, if you were in Wren’s shoes?
—Exactly what Wren did, although I
like to think I never would have raised him from the dead in the first place.
There’s just no other conclusion to their story for me, for the sake of both of
them.
What question have you always wanted
to be asked in an interview? How would you answer that question?
—Wow, that’s tough. Maybe what I
would do if I weren’t a writer? Every once in a while I picture something
completely different, like working with big animals at a zoo. Or working in
film production—not acting or directing, something behind the scenes. But then
I always see myself coming home at the end of the day and writing anyway, so
I’m not sure it matters!
Can you share a little about your
current work with us?
—I’m all over the place right now.
Last year was hard for me for a few reasons, and I wasn’t able to focus on one
thing specifically, or choose what that one thing would be. So I dabbled in a
couple of ideas, and I think I’ve finally decided—or realized—what it is I
should be writing. Which can be a very different thing than what I “think” I
should be writing. There are … young people in it! There’s no magic, but there
is a famous route across the United States.
Do you have anything specific that
you want to say to your readers?
—Thank you! I mean, that’s the most important
thing, always. Someone read a book I wrote—on purpose! That’s huge. I’m
grateful to everyone who does, and I’m always thrilled when people like the
books.