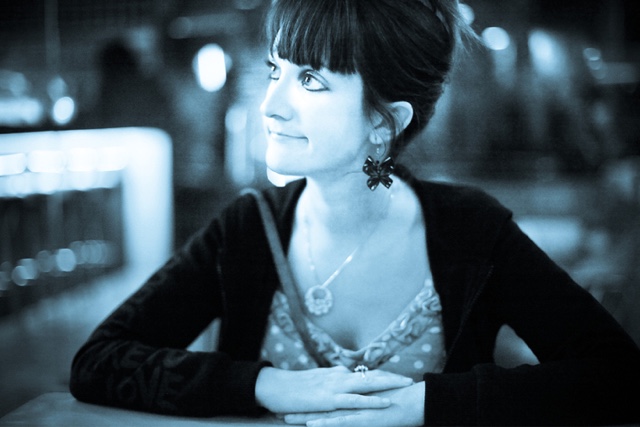 Hey guys! So, the Starstruck Series is my new adult romance offering to the masses. Before He was Famous follows Noah and Chloe’s struggle to handle the fame Noah finds through winning a TV talent show. There’s plenty of steamy sex and suspense in there, (ah, the thrills of when best friends become lovers). Before He Was Gone follows Chloe’s friend Alyssa onto a Survivor-style reality TV show. Before He Was a Secret follows Stephanie’s journey to Nashville. With The Day of the Wave I explored the consequences of the Boxing Day tsunami and in Moon Burn things get fantastical with mers….

I’ve also written three funny travel books about my time in Dubai, Bali and South America (HarperCollins). My first book, Burqalicious – The Dubai Diaries, my second book, Balilicious – The Bali Diaries and my third, Latinalicious -The South America Diaries are out now as ebooks – go ahead and make your feet even itchier.

I’ve also written a comedy romance with author Sarah Alderson under the name Lola Salt, called The Extraordinary Life of Lara Craft (not Croft) which should raise a giggle or two… think Bridget Jones if Jackie Collins had written it!

What is your favorite writing snack?

I shouldn’t say chocolate, but there’s always a block of Dairy Milk in my fridge. Other than that I actually love satsumas! Can’t get enough of them. Love when they split in your mouth and the juice rolls over your tongue… OK now I need a satsuma, DAMMIT. I also have a thing for grapes.

Are you a plotter or a pantser?

Am I allowed to say a bit of both? I love to know where things are going and I think I work faster with a plan. If things are left too open ended you can get lost or take your characters where you never intended them to go! Some parts I write as I go though, it’s better to stay in the flow if I feel like I’m onto something good.

What are your must have writing accessories?

I don’t need much, just my MacBook Air, which is so light I can carry it in my purse around with me everywhere. If coffee is an accessory I always have a ton of that, too! I’m a latte girl, I love the foamy feel when you take that first sip, but yeah, I can’t do a thing in the mornings without coffee! I tend to work from home here in Vancouver, or from various coffee shops, as long as the music isn’t too loud. I hate writing with music playing, I just end up typing the lyrics!

What is the hardest part of writing for you?

Honestly, sometimes it’s a struggle to get started, especially if you’ve hit a block the day before and you’re not quite sure how to pick up again. The hardest thing is to find the motivation to power through anyway. I turn the WIFI off, shut myself away somewhere quiet, or someplace with white noise, like a coffee shop and force myself to get on with it! It’s always such a relief and achievement when you manage to break through your block!

Keep on writing. Don’t stop and don’t ever believe you can’t be better either. No one is the perfect writer, everyone gets rejected and everyone has to keep on trying to master their craft. That’s the thrill of it – knowing that with everything you write you’re better than you were before.

Oooh good one. I do a lot with the author Sarah Alderson and we work really well together. We wrote a funny book about a British traveller called The Extraordinary Life of Lara Craft (not Croft) and I think we’re both proud of it, even though it’s not as well known as our other books. But I’d also like to work with John Green, with him writing the guy’s perspective and me writing the girl’s. It would be interesting to see how that would turn out.

My Booky Wook. Oh pooh, Russell Brand already stole that. Hmmm. It would probably be called HERE’S WHAT I WROTE, or DON’T JUDGE ME.

What inspired you to write The Day Of The Wave?

I was on holiday in Sri Lanka last year and we spoke to a lot of people who’d been involved in the Boxing Day tsunami in 2004 – it was still so raw for them and they’d lost a lot. I also met several people in Thailand who’d been affected and I started thinking about how I could write a book based around the events, that was sensitive to the story and the survivors, and the deceased. I knew it had to feel real, so I started to read everything I could to get my facts straight. In the end the book poured out of me in five weeks.

Right now I’m working on a bit of a diary about finding my future husband. Can’t say much more than that but it’s time consuming, put it that way. I’m working on a romance too – I can’t seem to stop writing those!

Just thank you so much for your support, it means a lot. The bloggers and readers who support us authors mean the world, and I hope you continue to like my work! xx 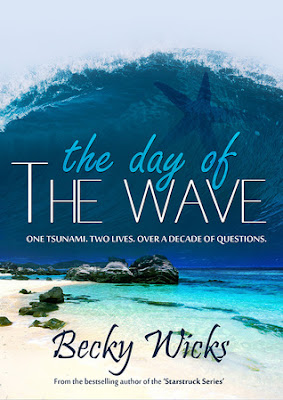 Synopsis:
Isla and Ben were just sixteen when the Boxing Day tsunami tore through their beach resort in Thailand. Just days after forming a life-changing bond, both were missing and presumed dead. Unbeknown to each other and haunted by one of the biggest natural disasters in world history, Isla and Ben are living very different lives, until over a decade later when a chance encounter throws them back together.

Based on real life events, The Day of the Wave is a story of healing, learning to let go, and figuring out when to hold on with everything you have left.

Lisa’s Review:   I received a copy of this book from the author for an honest review.

This book follows two people lives, Ben and Isla, after they survived a tsunami. Each of them had their different struggles later in life as a result of the tsunami’s destruction and the loss of their family’s.

The main characters, Isla and Ben, are well developed and easy to connect with. Each of them have their own personal issues which stem back to their losses. I loved how each of them were revealing their fears to one another and worked towards overcoming them. Both Ben and Isla are strong characters.

Although this book is really sweet it also digs deep into the emotions of each of the characters. I loved this aspect the most in this book. The emotions these characters were feeling poured out of the pages.

This book was well paced and kept my attention throughout. I liked having both Isla and Ben’s perspectives throughout the book.

I look forward to reading more of Becky’s books in the future.