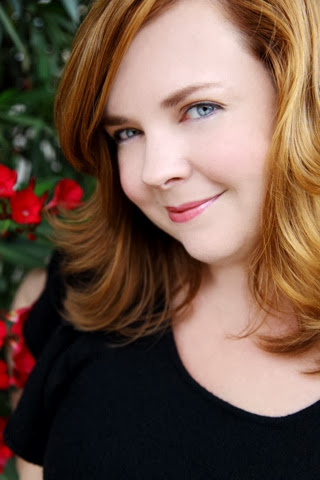 Bio.: Gretchen McNeil is an opera singer, writer and clown. Her YA horror POSSESS about a teen exorcist debuted with Balzer + Bray for HarperCollins in 2011. Her follow up TEN – YA horror/suspense about ten teens trapped on a remote island with a serial killer – was a 2013 YALSA Top Ten Quick Pick for Reluctant Young Adult Readers, a Romantic Times Top Pick, a Booklist Top Ten Horror Fiction for Youth, and was nominated for “Best Young Adult Contemporary Novel of 2012” by Romantic Times.  Gretchen’s 2013 release is 3:59, a sci-fi doppelganger horror about two girls who are the same girl in parallel dimensions who decide to switch places.

In 2014, Gretchen debuts her first series, Don’t Get Mad (pitched as “John Hughes with a body count”) about four very different girls who form a secret society where they get revenge on bullies and mean girls at their elite prep school.  The Don’t Get Mad series begins Fall 2014 with GET EVEN, followed by the sequel GET DIRTY in 2015, also with Balzer + Bray.  Gretchen also contributed an essay to the Dear Teen Me anthology from Zest Books.
Gretchen is a former coloratura soprano, the voice of Mary on G4’s Code Monkeys and she sings with the LA-based circus troupe Cirque Berzerk. Gretchen blogs with The Enchanted Inkpot and is a founding member of the vlog group the YARebels.  She is repped by Ginger Clark of Curtis Brown, Ltd.

Interview:
Who is your favorite author and is you writing style similar to theirs?

Agatha Christie.  I won’t even pretend my writing style is similar, except in one respect: both Dame Agatha and I write in a very lean and mean style.  I always admired her ability to get into a story quickly, and tried to emulate that in my own writing.  I also love her ability to characterize in just a few seconds.  Amazing.
What’s a typical working day like for you? When and where do you write? Do you set a daily writing goal?

When I was still working my full time day job, I would write in the evenings, but ideally, I’m a day time writer.  I get the bulk of my work done between 10am and 2pm, and once the sun goes down I feel my writing energy drain out of me.  I write either in bed or on the sofa, neither of which are particularly ergonomic, and my daily word goal is usually 1000-1500 words, which is my comfort zone.
What advice would you give aspiring writers?

Write the damn book.  I know it sounds trite, but you can’t do ANYTHING (get an agent, land a book deal, learn, improve, etc.) unless you do.  And I think we all have enough abandoned projects to know that sometimes finishing the damn book is a challenge.
What books have most influenced your life most?

ANNE OF GREEN GABLES which gave 10 year old Gretchen a role model.  Anne was smart, imaginative, strong, fierce.  She could compete with the boys and win, and yet she was never bitter.  Also, JANE EYRE, which sparked my love of all things gothic.
If you were writing a book about your life, what would the title be?

CALM DOWN.
What are your must-have accessories while writing?

Coffee.  Apples and cheddar cheese.  Smart Food.  Wine.  And when the deadline is looming, dark chocolate peanut butter cups.
What are you currently reading?

I’m reading STILL LIFE by Louise Penney, which several mystery fans have told me is a must-read series.  And Diane Setterfield’s long-awaited sophomore novel BELLMAN & BLACK literally just hit my Kindle.  SO EXCITED FOR THIS ONE!
What question have you always wanted to be asked in an interview? How would you answer that question?

Q: When you were a child, what did you want to be when you grew up?
A: Miss Piggy.
Can you share a little of your current work with us?

I just finished edits on GET EVEN, my 2014 novel.  It’s the first in the Don’t Get Mad series about four girls at a private Catholic high school who have formed a secret revenge society where they get back at bullies, mean girls, and teachers who have victimized their classmates.  It all goes well until one of their classmates turns up dead, their secret society is implicated in the murder, and they don’t know if one of the four of them is a killer or if someone else knows their secrets.  Think John Hughes with a body count.

I can’t share any of it yet, but all of my books open with a single epigraph, and I can share this one:
“Revenge should have no bounds.”  (Hamlet, Act IV)
Do you have anything specific that you want to say to your readers?

Mostly, I sort of what to hug every single person who’s ever bought one of my books.  It is such an honor to think that people spend their hard-earned dollars on something I’ve written, and I hope I can continue to entertain you all, write books that both make you laugh and scare the crap out of you, and keep your respect. 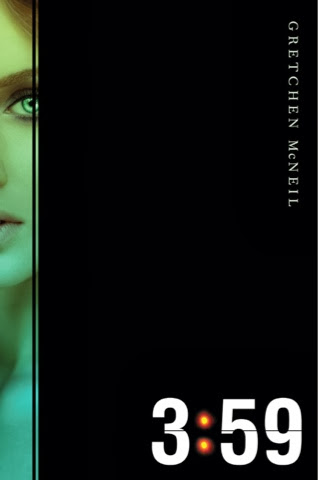 Book Overview: Josie Byrne’s life is spiraling out of control. Her parents are divorcing, her boyfriend Nick has grown distant, and her physics teacher has it in for her. When she’s betrayed by the two people she trusts most, Josie thinks things can’t get worse.

Until she starts having dreams about a girl named Jo. Every night at the same time—3:59 a.m.
Jo’s life is everything Josie wants: she’s popular, her parents are happily married, and Nick adores her. It all seems real, but they’re just dreams, right? Josie thinks so, until she wakes one night to a shadowy image of herself in the bedroom mirror – Jo.
Josie and Jo realize that they are doppelgängers living in parallel universes that overlap every twelve hours at exactly 3:59. Fascinated by Jo’s perfect world, Josie jumps at the chance to jump through the portal and switch places for a day.
But Jo’s world is far from perfect. Not only is Nick not Jo’s boyfriend, he hates her. Jo’s mom is missing, possibly insane. And at night, shadowy creatures feed on human flesh.
By the end of the day, Josie is desperate to return to her own life. But there’s a problem: Jo has sealed the portal, trapping Josie in this dangerous world. Can she figure out a way home before it’s too late?
From master of suspense Gretchen McNeil comes a riveting and deliciously eerie story about the lives we wish we had – and how they just might kill you.
Lisa’s Review: OMG this is an awesome book. I loved the parallel universe storyline. I haven’t read many multidimensional stories but this one definitely piqued my interest to read more. I enjoyed the characters. I could sense just how much Josie had matured by the end of the book. Which brings me to the end of the book…. Well I don’t want to give any spoilers but make sure you have kleenex available.