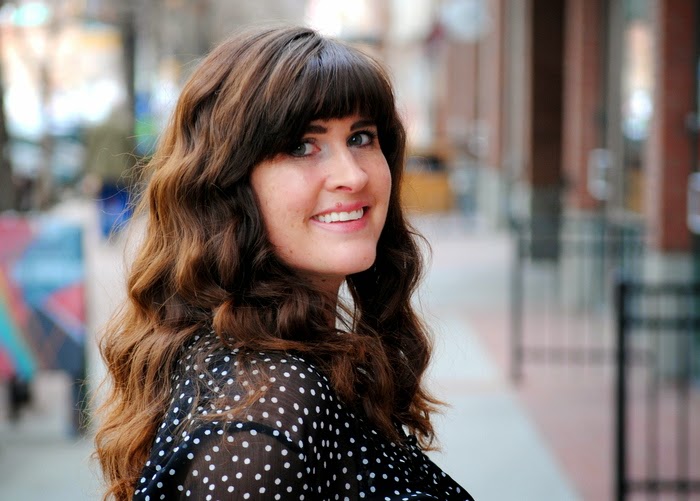 Kate has loved writing ever since she was a little girl. She wrote her first novel in fourth grade (the main character was suspiciously similar to herself). As an adult, her essays and short stories have been published in Isotope: A Journal of Literary Nature and Science Writing, Saint Ann’s Review, Scissors and Spackle and in a forthcoming issue of Indiana Review. Her first play, (a man enters), co-written with Elaine Jarvik, was produced in 2011 by Salt Lake Acting Co.

Kate studied painting and drawing at the University of Utah and graduated with a Bachelors of Fine Arts degree in 2005. The pattern and texture in her mixed-media floral paintings are inspired by her love for textile design and the decorative influence of William Morris and the Arts and Crafts Movement. Her work is currently being published by Poems Publishing and is sold internationally. Over the years her paintings have been used in feature films and TV shows, such as Glee and 21 Jump Street. 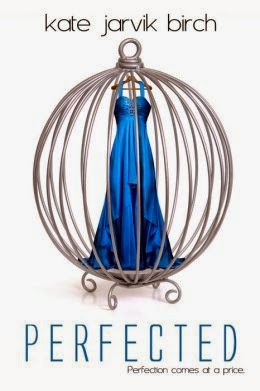 Perfection comes at a price.
As soon as the government passed legislation allowing humans to be genetically engineered and sold as pets, the rich and powerful rushed to own beautiful girls like Ella. Trained from birth to be graceful, demure, and above all, perfect, these “family companions” enter their masters’ homes prepared to live a life of idle luxury.
Ella is happy with her new role as playmate for a congressman’s bubbly young daughter, but she doesn’t expect Penn, the congressman’s handsome and rebellious son. He’s the only person who sees beyond the perfect exterior to the girl within. Falling for him goes against every rule she knows…and the freedom she finds with him is intoxicating.
But when Ella is kidnapped and thrust into the dark underworld lurking beneath her pampered life, she’s faced with an unthinkable choice. Because the only thing more dangerous than staying with Penn’s family is leaving…and if she’s unsuccessful, she’ll face a fate far worse than death.

Sarah’s Review:  **FIVE STARS**  I absolutely LOVED this book! I couldn’t put it down! I loved the whole idea behind it and thought it was very interesting. The last few chapters had me a little anxious for what was going to happen. I’m curious on the whole kennel thing and I hope we find out more for the next book. I hope to sweet baby Jesus there is another book!

What’s your favorite thing about being a writer?
Besides getting to work in pajamas? Definitely getting to be a dreamer. My creativity is the thing I love most about myself, so getting to use that part of me every day and getting to share it with other people is the most gratifying feeling in the world.
Have you always wanted to be a writer?
Yes! I wrote my first “novel” in fourth grade. It was written by hand in a dark blue hardback journal (and illustrated too, I should point out). Whenever my teachers asked us to dream about where we’d like to be when we grew up, I always envisioned myself writing books.
I spent a lot of time practicing. I remember having play dates with friends where we just sat in my room and worked on our “Great American Novels”.
Who inspired you to write?
My mom! Not only did she read me fantastic books about talking mice and prescient rabbits while I was growing up, but she was a writer herself. My mom worked as a journalist for our local newspaper and I was always so proud of what a cool job she had. On days when I got to visit her at work, I remember sitting by her desk listening to the click, click, click of her fingers against the keys and feeling like that was a magical sound. It was the sound of ideas coming to life.
How would you describe Perfected?
I’ve heard people calling Perfected a dystopian novel, but I’m not sure it actually falls into this category. I’d actually say it’s speculative fiction. Besides the fact that the government has passed legislation allowing people to be genetically bred as “pets”, the world is almost identical to our own.
What was your inspiration for writing Perfected?
I’ve been an animal lover ever since I saw my first pony at the carnival when I was two and I’ve been a mini zookeeper ever since. At the moment, I have three dogs, two ducks, a bunny and a hedgehog. The dogs are like tiny shadows, constantly in my periphery (if not underfoot or on my lap). I’ve always assumed that they were happy (even lucky) to have me for an owner to shower love and affection on them, but the writer in me wasn’t satisfied with this assumption. She saw a story inside them. So in my mind, the next obvious step between having dogs for pets and wondering if they were happy with their lives was wondering what it would be like to be a pet. Bing! An idea was born. What if people were pets? What if I were given the choice between a life of idle luxury and freedom, which would I choose?
Is there a second book in the works? If so when is it due out?
Yes! Book two is scheduled to come out next year. I’m so excited for people to get a more in-depth view into the world that Ella lives in. In book one, it was difficult to do too much world building because the story is told through Ella’s point of view, but her understanding of the world has grown greatly by the time book two takes place and readers will get a chance to dive deeper into the dark world of human “pets”.
What book are you currently reading?
I just finished reading FANGIRL by Rainbow Rowell and LOVED it!!! I’m currently reading two books: FLORA & ULYSSES by Kate DiCamillo, which just won the Newbury, and SWAMPLANDIA by Karen Russell.
Can you share with us what you’re currently working on?
Besides finishing up book two in the PERFECTED series, I’m finishing up a middle grade novel that I’m co-writing with a friend. I’ve also got a few picture books that I’m working on. There are always a billion ideas rolling around in my head and I’m trying to decide which one to focus my attention on next. Just this past week an idea for a new YA novel has nudged its way to the front of my mind. We’ll see, maybe it’s the next project.
Is there anything else we should know about you?
Hmmm… let’s see. I love candy! I’m a big fan of mornings, but I love to sleep in. I’ve always wanted to live on a farm. Oh, and I’m an artist. I graduated with a degree in painting and drawing, which is one of the reasons I must, must, must write and illustrate a picture book some day.

Thank you to Kate Jarvik Birch for this wonderful giveaway! 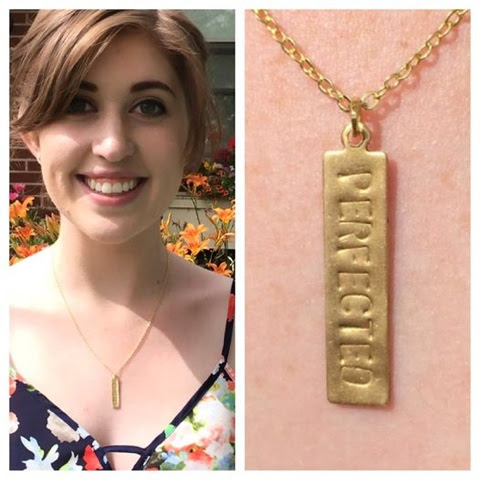 (Girl not included in the giveaway)