I am a coffee drinking, music loving, writing insomniac. When I’m not writing, I’m reading and when I’m not reading I’m squeezing my eyes shut and willing sleep to descend.
I write about serious issues, giving them a little twist and adding a little humour and sarcasm in for good measure. Primarily I write for myself, using the words and scenarios in my head to escape to a world where fairy tales, true love and men who don’t leave their socks on the floor for days on end, exist.
If I can make one person smile, laugh or cry (with a racing heart) with my writing, then I have succeeded.
Twitter  |  Blog  |  Facebook  |  Goodreads 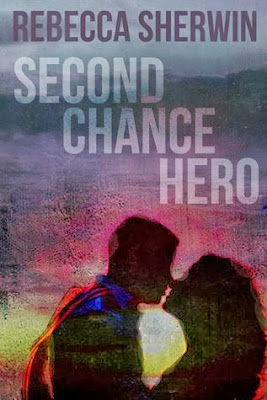 ‘He owns me. Completely, irrevocably. He always has. My heart, body and soul belong to this man and I wouldn’t have it any other way. I just hope I’m not too late…’

Jenna Rivera changed after the night on the beach where her heart was broken and she lost everything she thought she had. Gone is the girl who was raised by the sea, replaced by the city girl she swore she’d never be.

Deacon Reid, owner of D R & Son Property Development and the town playboy spends his days avoiding everything his life was before the death of his father five years ago. After losing his dad and his best friend in the same night, Deacon went in search of the trait girls…

Five and a half years, countless one night stands and a stockbroker boyfriend later, Jenna and Deacon reunite. The past and present collide as they mask the all consuming love they feel for each other with a dangerous cocktail of anger, jealousy and lust.
Deacon makes it his mission to win Jenna back, to save her from the years of pain he caused. He swears to be her hero, grasping with both hands at their second chance at the kind of love many dream of .

In life nothing is certain, and every day must be treated as if it’s your last. Can they save their love, and each other, before it’s too late?

Sarah’s Review:  I really enjoyed this book and it was easy to get into.  I wasn’t sure how it was going to turn out there for a minute and I was getting worried but I really liked where it went!  But I enjoyed the place, the characters and how no one would just come out and say things.  I loved the restaurant part the best! lol

Interview
What was your inspiration for Second Chance Hero?
I had the idea in
my head for a while. I had just finished the first draft of my first novel and
wasn’t happy with it. Second Chance Hero was, I guess, my rebound project. It
was going to be a simple love triangle: girl meets boy, and then meets another
boy and voila, an affair is created. But it wasn’t enough, it needed more
depth. I wasn’t sure to take it and to be honest, I hadn’t completely fallen in
love with the story.
It wasn’t until I went on holiday that I found my inspiration. I visit the same
place every year with my family, a small harbor/fishing town in Cornwall. We
were sitting in the pub (soon to be my inspiration for ‘The Duck’) and I looked
around at my family and found my ‘more’. I spent the night sitting on the
terrace with a bottle of wine, looking out at the sea and Second Chance Hero
(formally First Love’s Second Chance) was born. So I guess, in short, my family
was my inspiration. I created the town of Folquay based entirely on that town,
mixing the names of two other towns to come up with the setting for my first
published novel. And I couldn’t be prouder of it.

How many books are you planning on having for this
series?
Second Chance
Hero is a standalone title. I wanted to conclude Jenna and Deacon’s story in
one book. Their past played a huge part in their present and I didn’t want to
keep them or my readers from finding out whether they got their HEA. Jenna and
Deacon had waited long enough to find out what the future held for them.
My current project will be a series and I’m hoping to release the first
installment early 2014.
Do you have a play list while writing? If so can you
share some songs with us?
Yes. Music is so
important to me and I have to have a playlist when I’m writing. I love the
power of music and can put a song to most situations. The most important scenes
in Second Chance Hero have a song to go with them, normally because they were
on repeat when I wrote them! Music is often my inspiration and I find songs to
go with scenes, whether reading or writing, to enhance the experience. I will
be posting the full playlist on my blog shortly, but I’m happy to share a few
songs with you! The three I have chosen are three of my favorite scenes in the
book.(NB. The third song is not mentioned in the book, as there are a few I
have found for it. It is possibly the most important scene in the story)
Ain’t Nobody –
Chaka Khan (Scene in the club)
Bill Haley – Rock around the clock (Deacon’s Surprise)
Pink – The Great Escape (Hospital Scene)
Where do you hope to see your writing career in ten
years?
I have always
written and I will always write. I’ll share my stories for as long as people
want to read them. After the series (which, at the moment, will consist of 3
books) I have another 3 briefly planned and ideas for another 3 or 4. I’m quite
a spontaneous person, and like many writers, can pluck inspiration from thin
air. I have been known to create a short story or plans for a novel from
someone mentioning a name or a scenario. I very rarely have a long term plan
for anything, but I know I’ll be writing.
If you could have lunch with any author (past or present)
who would it be?
Sylvain Reynard.
Gabriel’s Inferno and Gabriel’s Rapture enchanted and fascinated me beyond
anything I remember reading before. I’d love the opportunity to delve into the
mind of the man who scrambled, fried and took mine on a journey.
If you could co-write with another author(s) who would it
be?
Is it predictable
if I say Sylvia Day? I love the Crossfire series, along with most of the female
population. But I love her cross-genre work. I’ve read everything by her; I
love historical romance, which, in true Sylvia Day style, has a spin that makes
it more interesting than most HR. I loved Renegade Angels and have just
downloaded In The Flesh. Fantasy fiction isn’t normally my thing, but I love everything
she has written. One of my part-planned books borders on the line of the
supernatural and I’d love to learn from her ability to write compelling stories
in any genre or sub-genre.
What book are you reading right now?
I’m trying to
juggle two: A Man Above Reproach by Evelyn Pryce and Touchstone for Giving by
Sydney Jamesson.
What do you do in your spare time?
By day I’m a
full-time working mother, spending large chunks of my day building Lego houses,
crawling around on the floor pretending to be a lion or trying to reach
deadlines when I get a few spare minutes (which are few and far between).
By night, I write. And read. And beta-read (for my good friend and author of
The Sorrow Series, Mary Palmerin). And I catch up with people in all different time
zones, guaranteed to still be working when they all sign off for the night…and
when they get up the next morning.

Giveaway
Thank you so much to Rebecca for donating the ebooks!
Ebooks will be sent through Amazon or Smashwords.