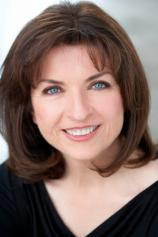 Teresa’s earliest and most fervent ambition was to grow up and take her rightful place among the other mermaids. When cruel and insensitive adults crushed that dream by insisting that mermaids did not exist, Teresa settled on the more mature aspiration of becoming an intergalactic astronaut. Then she realized that math would likely be involved. So, in the end, Teresa went to Trinity College at the University of Toronto where she got a BA and then an MA in Political Economy taking great care not to take a single English or Creative Writing class. The only thing Teresa knew for sure was that she was never ever going to be a writer. That would be silly, fanciful and well, unrealistic.
In the very beginning and in first of many moves, Teresa arrived in Canada from Zagreb, Croatia when she was 13 days old. She liked what she saw and decided to stay. Although she mainly grew up in Toronto, Teresa moved at least 17 different times. She has lived in Delhi Ontario, Montreal, Ottawa and New York. Throughout all of these moves the only constants in her life were Mama, books and an increasingly well-developed sense of how to make friends — fast.
As soon as Teresa graduated from U of T she married Ken and hightailed it to Montreal. There she wrote and broadcast a few on air pieces for Radio Canada International, which gave her an appetite for world domination so she moved to Ottawa to begin by taking over the Canadian Federal Government. Unsuspecting semi-powerful people gave Teresa fascinating jobs that she had no business doing including working on a Royal Commission on Conditions of Foreign Service, helping to build the new National Gallery and the Museum of Civilization, and toiling at the Canadian Institute for International Peace and Security. Once Teresa sorted out Canadian culture and world peace, the Totens moved back to Toronto in order to make two brilliant and beautiful daughters, Sasha and Nikki.
Author Links:  Website   |   Facebook   |   Twitter
Interview with Teresa:

Do you have a favorite place to write?

Yes! I can only write first draft at home in my teeny little study. I don’t plot or outline my novels. I wander around the house trying out dialogue and narrative in full voice and then write bits down and then wander some more and on and on . . .

What’s a typical working day like for you? Do you set a daily writing goal?


When I’m not touring or speaking I’m at my desk by 8:30am and stay there until about 8:30 to 9:30 pm. At least 8 hours of that is writing and the rest is answering stuff, emails, and social media etc. I also write at least 3 to 4 hours on Saturdays and Sundays. Even with that, I’m a very slow writer and only crank out 1 to 3 pages a day. I know eh???

What’s your favorite thing about being an author?


Oddly enough it’s the people! For such a solitary profession writers are often in the public in a big way! I love going to high schools and universities. I love signing at bookstores and talking to interviewers. I love meeting teacher librarians and all the passionate people at book and library conferences. I love working with everyone in my publishing houses. I think what I’m saying is that I love book people!!


Can a Le Crusette frying pan kill someone without leaving a blood trail?

How did you come up with the characters, Kate and Olivia? Are they based on people you know or have met?

What question have you always wanted to be asked in an interview? How would you answer that.


Are you happy?
I’m the most happy/anxious/passionate/thrilled/nervous/delighted person I’ve ever met!


I’m in the first draft stage of of another mystery/thriller—wandering around the house talking to myself and writing very, very slowly! 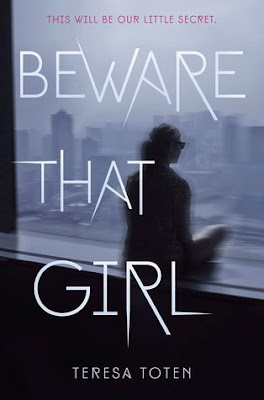 Synopsis:
For fans of We Were Liars, The Girl on the Train, and Gone Girl, this powerful psychological thriller with multiple mysteries is set against the backdrop of the megawealthy elite of New York City. Toten delves into the mesmerizing yet dysfunctional world of those who manipulate but seem ever so charming. With its gripping pace and Hitchcockian twists, Beware That Girl will keep readers guessing until the very last line.

The Haves. The Have-Nots. Kate O’Brian appears to be a Have-Not. Her whole life has been a series of setbacks she’s had to snake her way out of—some more sinister than others. But she’s determined to change that. She’s book smart. She’s street-smart. Oh, and she’s also a masterful liar.

As the scholarship student at the Waverly School in NYC, Kate has her work cut out for her: her plan is to climb the social ladder and land a spot at Yale. She’s already found her “people” among the senior class “it” girls—specifically in the cosseted, mega-wealthy yet deeply damaged Olivia Sumner. As for Olivia, she considers Kate the best friend she’s always needed, the sister she never had.

When the handsome and whip-smart Mark Redkin joins the Waverly administration, he immediately charms his way into the faculty’s and students’ lives—becoming especially close to Olivia, a fact she’s intent on keeping to herself. It becomes increasingly obvious that Redkin poses a threat to Kate, too, in a way she can’t reveal—and can’t afford to ignore. How close can Kate and Olivia get to Mark without having to share their dark pasts?