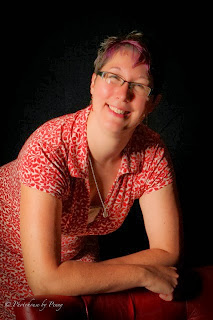 Bio. After her first heartbreak, Tori found solace in two things: reading romance novels and listening to an after-dark radio program called Lovers and Other Strangers. Throughout the summer and fall of 1990, the new kid in town found reading fiction and writing her own short stories gave her a much needed creative outlet. Determined to become a published author, Tori amassed stacks of notebooks and boxes of filed-away stories, most only half-finished before another idea would overtake her and demand to be written down. Then, while on parental leave with her second baby, one story formed and refused to be packed away. Between teaching full-time, parenting, and life in general, it would take almost seven years before the first novel in her first trilogy would be completed. In the process, Tori finally found her stride as a writer.

At present, on her off-time, Tori not only enjoys reading, but also listening to an eclectic mix of music as she walks the family dog (Skittles), attempts to turn her thumb green, or makes needlework gifts for her friends and family members. She loves to travel, collect and make miniature furniture, and a good cup of tea during a thunderstorm or a blizzard. Under it all, she is always intrigued by history, the supernatural, vampire and shapeshifter mythology, romance, and other dangers. 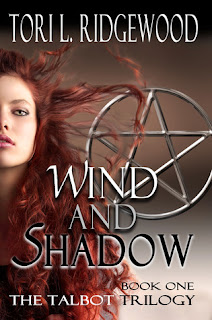 Rayvin Woods, photographer and natural witch. She just wanted to start her life over again after a series of misadventures. She didn’t count on rekindling a lost love when she came home to Talbot…or battling a malevolent vampire and his coven for her life.

Grant Michaels, police officer. He thought Rayvin was a murderer. He will do whatever it takes to protect the community he loves from danger…but will he learn to trust his heart, and the word of a witch, before it’s too late?

Facing the past can be a nightmare. It’s worse when a vampire is stalking you.


Lisa’s Review:   First of all, the cover is beautiful. This book has witches, vampires and love in it. What an awesome mix! I really enjoyed this story. It flowed well and the characters were awesome. Rayven is definitely a strong female character. Although I didn’t agree with everything Rayven chose to do I could understand why she made the choices she did. Tori did an amazing job creating several layers to her characters, specifically with Rayven and Grant, which kept me connected to the characters as well as the story.

What inspired you to become an author?

I love stories — I love reading them and telling them, and I always have. My mother has a newspaper cutting of a short story I’d written for our local newspaper when I was five, about Santa and his reindeer, and by the time I was an adolescent, I was trying to make up my own little books to share with my friends. When I was twelve, I read a great novel by Gordon Korman that he’d written when he was thirteen, and I determined that I could get published by my thirteenth birthday, too. I didn’t meet that goal, so I pushed it back, again and again. But it was always there. I wanted to write stories that would transport my readers, characters that others would talk about and remember, the way that the books I loved affected me. It helped that my grandmother Phyllis had also had a book published, and encouraged me to follow the dream.

What advice would you give aspiring writers?

Write what you love, and what you know. Readers know when we love what we’re doing, and the little details give away the depth of our knowledge. If you don’t know enough about what you want to write, be prepared to do some research. Write for yourself first, knowing that if you are happy with what you have, someone else out there will enjoy it, too. But be prepared for some readers to be critical — writing is an art, and therefore it’s subjective. You are always competing against yourself first and foremost, improving on your latest work. Make writing a daily habit, even if it’s just for 20 minutes. Every little bit helps you to make your book happen. And read as much as you can, both outstanding books and those that could use some improvement, to look at the various possibilities in style, format, genre, plot, etc.

What kind of dog is Skittles?

Skittles is a medium-sized mixed breed, a rescue animal who was found as a puppy on a cold winter night in a car port. The nice couple who found her couldn’t take care of her, so she was given to their neighbours, who were able to have her examined by a vet, fixed, given her shots, and they took the time to train her. By the time we were ready to look into adopting a dog, Skittles was about a year old. We believe she’s part Husky, part German Shepherd, and part Labrador Retriever. She has a lovely golden coat with a white belly, white socks, and big dark eyes like a seal. She’s a big suck, too — she loves to cuddle on our bed, follows me to story time when I’m putting my daughter to bed, and enjoys racing about our backyard. She won’t play fetch, but she loves pulling a sled in the winter!

What are you currently reading?

I just finished reading World War Z by Max Brooks, and I’m trying to decide what will be next. I have a long TBR list, but if I follow the titles alphabetically, the next is Cinderella’s Secret Diary: Lost, by Ron Vitale.

I love Rayvin’s tenacity. Did you put any of your own personality into Rayvin’s character?

Thank you! There is some of myself in her, yes — the part that keeps fighting though running in the opposite direction is so much more attractive. And some of her experiences in being treated like an outcast are based on bits from my own childhood, when I often felt as though I didn’t belong and was treated badly by my peers. Being able to go back to a place filled with powerful memories, both the good and the bad, when you’re not sure how you’ll be received or how you’ll feel when you get there — that’s a challenge I’ve faced myself as well, more than once. And like Rayvin, I practice witchcraft and am a Wiccan, although the more spectacular of her talents in telekinesis, telepathy, etc., are only in my imagination. Otherwise, we’re opposites: I’m tall, but she’s short; I have brown hair that I tend to wear short, and Rayvin has gorgeous long red hair that’s naturally curly; I’m a teacher and she’s a photographer; and I think I have more patience than she does.

Is Talbot a real town or based on a town?

Talbot is based on the real town of Cobalt, Ontario. Once known as the Silver Capital of Canada, it’s population is much smaller than during its boom years when mines were dug all around and under the community in search of silver. Many of the landmarks and buildings in Wind and Shadow and the rest of the series are based on real places in Cobalt, as well. I know the area well — I spent three years of my childhood living in the neighbouring town of Haileybury, my grandmother was born there in the 1920s, and my parents moved there to enjoy their retirement.

Do you have a playlist for Wind And Shadow? If so, what songs are on it?

I have an extensive playlist, yes! It’s listed on my blog, at Romance and Other Dangers:  http://torilridgewood.wordpress.com/2013/05/12/wind-and-shadow-book-one-of-the-talbot-trilogy-playlist/

Not all of the songs would play in their entirety for specific scenes, though — I’d love to splice them into a mashup for different chapters. Here’s my list for the first three chapters and the prologue:

Prologue:Rolling Stones, “Time Is On My Side”

Can you share a little of your current work with us?

Sure! At the moment, I’m editing the second book in the Talbot Trilogy, Blood and Fire, getting it ready for a February release, and I’m writing the third and final installment, Crystal and Wand.

First, here’s an excerpt from Blood and Fire: Book Two of the Talbot Trilogy — warning, it’s got some strong language and content.

And an excerpt from Book Three: Crystal and Wand (in progress)

Thank you so, so much for encouraging me with your kind words and constructive feedback — every positive review is gold to me, pushing me to keep going and finish the next chapter, following the story to the end. I appreciate that you chose to read my story from among the untold options out there, and that you want to read more. It’s very gratifying, and makes the whole process incredibly worthwhile. All my best!

GIVEAWAY TIME!!!! Thank you Tori for your donation.