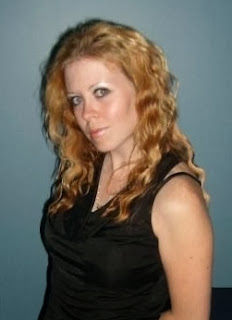 Victoria Ashley is an author from Rockford, IL. She wrote her first novel in 2011 after finding an app on her phone that allowed writers to upload their own work. After finding her passion in writing she then moved on to publish her first novel Wake Up Call, which has been viewed over thirteen million times on that website and plans to continue working hard to publish more in the near future.
Twitter  |  Amazon  |  Facebook  | Goodreads 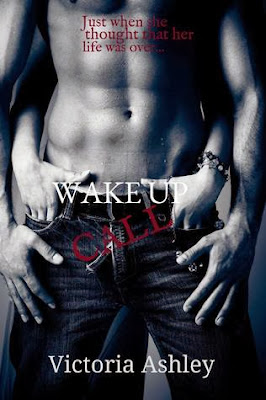 Avery Hale had spent her whole childhood abused by her drunken, hopped-up parents. Broken from a lifetime of hate and pain she grew up realizing that trust and love just didn’t exist. Not in her world at least. After turning the age of eighteen, she packed up and moved far away determined to escape her hurtful past and start a new life. Once on her own she comes to the conclusion that the emptiness still exist. Doing what she had to survive she found herself mixed up in exotic dancing and meaningless sexual relationships unable to feel anything, for anyone. She was sure that her life was worthless and there was nothing left for her. On the other hand, so she thought.

After meeting a beautiful stranger, Jace, her life suddenly is turned upside down. Everything that she truly believed suddenly gets questioned and then she is left to figure out if there is really more to her than she could ever have imagined. Jace, having some secrets of his own puts the pain of his own past behind to do what he can to help Avery. Can the love of another broken person be enough to help Avery, or is she already too far gone?

Avery’s life is pulled in many directions as she tries to find herself, and not everyone and thing is what they seem to be in this story of love, trust and opening up. Finding herself and learning to love herself might just be the hardest thing she’s ever had to do.


Sarah’s Review:  I loved this book and how it kept my attention through the whole thing.  I loved how Avery was trying to do things on her own and find herself.  But she slowly was letting Jace in at her own pace instead of throwing everything at him at once.  I hope there is a novella in the future for this book just to see where everyone is.

Interview with Victoria Ashley
Are we going to get more Jace & Avery in any other books?
No, I’m
afraid not. I thought about it at one point but I think I’m happy leaving the
ending how it is. I might possibly be open to writing a book series one day,
but we’ll see when the time comes. I’ve never attempted one before and the idea
makes me a bit nervous.
What was
your inspiration for writing Wake Up Call?
Wake Up
Call just sort of popped in my head one day. I was fresh to writing at the time
and the ideas kept flowing in. There wasn’t really anything in my personal life
that gave me inspiration for the storyline. I just wanted others that might be
going through what Avery went through to see that things can get better if you
just let them. Don’t ever feel like you’re not important enough to be loved and
wanted. Everyone is deserving of love and no one should have to feel like she
did. Don’t let anyone break you down.

Do you have
a playlist while writing? If so can you share a few songs with us.
I didn’t
have a playlist while writing Wake up Call, but I do have one for This Regret,
my newest book that I’m working on now. A few of the songs are Simple Man by
Lynyrd Skynyrd, One Thing by Finger 11 and Not Strong Enough by
Apocalyptica.
What was
the first book/story you wrote?
The first story
I wrote was called Some Roommate. It was written on a free site called Wattpad
and it was a total mess. I was doing it for fun, but then people started
reading it and leaving me comments to finish the story. It was about a young
woman named Kendra that was moving out for the first time and ends up getting
stuck with a pain in the butt, sex addicted roommate named Kelsey that never
holds up her end of the rent or cleaning. Between her roommate having half
naked guys running around the house and her boyfriend Jason becoming distant,
she meets Stefan, one of her roommates scene buddy’s friends. Stefan is sweet
and sexy, but she can’t get past the point that she thinks he’s a player just
like the rest of Kelsey’s  friends. It’s
a fun, cute story but needs a lot of fixing up. Just before I started writing
This Regret, I started rewriting Some Roommate and changed the name to Clothing
Optional. I hope to maybe start working on that story again someday and get it
out there for everyone. It’s just a cute, feel good kind of story.
If you
could have lunch with any author (past or present) who would it be?
That’s a
tough question. I have a lot of authors that I would enjoy having lunch with,
but I would have to say at the moment it would be Penelope Ward. I absolutely
love her work and she’s super sweet. She’s a really nice person and her book
Jake Undone amazed me.


What book are you reading right now?
I just
started reading Real by Katy Evans. It’s a really great read so far and I look
forward to getting more time to get into it. I try to read every night before
bed. That’s why sometimes I get stuck staying up so late.  There’s so many good books out there.
What do you
do in your spare time?
In my spare
time, I love to read and catch up on my favorite TV shows when I’m not spending
time with my boyfriend and his daughter. I just recently started watching Sons
Of Anarchy and now I’m addicted.
Anything else
we should know about you?
I’m currently
working on my next book, This Regret, due out in February 2014. I’m excited for
the cover reveal which is set up for Dec. 31st. This will be my second
published book, but my first time doing a cover reveal. Wish me luck everyone.
I’m a little nervous. When I first published Wake Up Call, I didn’t expect very
many people to buy it. I first wrote it on Wattpad and a lot of people enjoyed
it. I pretty much published it so the fans from there could own a real copy.
I’m really happy that I made that decision because now that’s what I want to
do. I love having my work out there for others to enjoy. The support that
everyone gives me is simply amazing. I’ve discovered so many friendly, helpful
people out there on this journey and it touches my heart. You all know who you
are and thank you.

Giveaway Time
Thank you to Victoria Ashley for the donation for this giveaway!
a Rafflecopter giveaway
Tweet