Fearless by Annie Jocoby
(Fearless #1)
Publication date: July 15th 2014
Genres: Contemporary, New Adult, Romance
Synopsis:
BOOK ONE OF A PLANNED TRILOGY
BOOK TWO, SECRETS AND LIES, IS AVAILABLE NOW!
*Warning* Strong language and sexual situations. Ends in MAJOR cliffhanger. Not for the faint of heart.
Beautiful heiress Dalilah Gallagher, a former child art prodigy, has lost her way. Harsh criticism in her formative years has left her floundering and without the artistic voice that once centered her life. Now, at the age of 20, she has spent the last nine years trying to reclaim what she lost.
Her struggles lead her to the nude-modeling world in New York City, where she hopes she will find her passion for art again. What she finds is surprising: Her artistic voice isn’t gone, merely misplaced.
Luke Roberts has a different problem. Raised by a solid, working-class fisherman in Maine, Luke is a gifted artist struggling to get a foothold in the busy New York City art scene. His gifts attract the attention of a wealthy benefactor, Blake Nottingham, who finds himself fascinated with Dalilah. Nottingham commissions Luke to provide him with a piece of art: A painting of Dalilah.
As the two young artists fall in love, Dalilah finds her artistic voice once more, so she’ll do anything to help Luke find the prominence he deserves. This leads to a dangerous game of deceit that puts Dalilah in Nottingham’s clutches when she tries to manipulate him into helping Luke.
Nottingham isn’t easily manipulated, though, and things go seriously awry for Dalilah. What happens when the manipulated becomes the manipulator?
This is a New Adult Contemporary Romance. Age groups are 18+. It has some sexually explicit scenes.

Purchase:   Amazon   |   Barnes & Noble
Excerpt
I felt excited as I realized that Dalilah was definitely feeling something for me. It was in her words and in her body language.   She wanted me as much as I wanted her. That much was perfectly clear.
But it just wasn’t as simple as all of that. I wished that it would be. But it wasn’t. I couldn’t give her what she needed. At that moment, I just wasn’t able to give any woman what she would need. I wasn’t established. Dalilah deserved somebody who could monetarily afford to treat her like the platinum that she was. Yeah, Nottingham was allegedly going to be giving me $5000, but the contract stipulated that it was to be paid after the project was over. I had just noticed that the other day when I was reading the fine print. So, in the meantime, I was broke.
And Dalilah was like a bottle of Domaine de la Romanee-Conti Grand Cru, Cote de Nuits, which was recognized as the finest wine in the world. She was unique, rare and well out of my league. That I was increasingly feeling that I was falling for her, and I was feeling that more and more, every time I saw her, was a non-factor. I simply couldn’t have someone like her, and that was that.   As frustrating as that was.
I doodled on the napkin in front of me, and then, just like that, song lyrics started pouring out of my head. That wasn’t something that usually happened for me, because inspiration for my lyrics constantly eluded me. But being up there with Dalilah – feeling her warmth, seeing her extraordinary beauty, and sensing her even-more-extraordinary intelligence – somehow did inspire me as nothing else ever had.
So, for the next hour, the lyrics poured out of me. What came out was a sappy love song like the kind that I used to make fun of when I heard it on the radio. With the exception of The Beatles Something of course – there was no arguing with that classic. But, usually, when I heard a love song, I rolled my eyes.   Because there wasn’t such a thing as the kind of pure love that these songs conveyed.
Or so I thought. But I was increasingly seeing a glimpse, but just a glimpse, of what these songs were talking about when I looked into Dalilah’s eyes.
I finally decided to walk to the subway station, which was a few blocks away from her apartment, around 3 AM. I did have a double-shift at the bar the next day, which was going to kill me, I knew. I was going to be dead-tired. And Dalilah would be coming to my studio at 8 AM, too. For that, I knew that I would be wide awake.
I tried very hard to tamp down the feeling of absolute excitement that was bubbling up as I anticipated seeing her again in just a few more hours. For she was still untouchable to me in so many ways. I was amazed that I had the nerve to kiss her, but, then again, that was how I was feeling about her. I couldn’t not kiss her. I couldn’t not fantasize about making love to her. I had such an absolute passion for her that touching her and kissing her almost seemed like it was second nature to me.
But my brain said that what had happened up there with her – the kisses – was going to be as far as it ever could go. She was my muse, of that I was sure. She inspired me to write a rather kick-ass love song, if I do say so myself, and she also inspired my art. I was finding myself increasingly incorporating her, in some way, in everything that I was composing, even if it was as an abstraction of some sort. Like I would be painting a picture of people in a café, and there she was, popping up at one of the tables. Or I was doodling a sketch of a busy city street, and Dalilah was there in the crowd.
And, of course, there was the portrait of Dalilah that I was creating for that wealthy bastard, a portrait that I was suddenly feeling proprietary over. Which was a dangerous way for me to feel, because I didn’t own this portrait.   Nottingham did. I was just the instrumentality for getting the portrait done. Just the same, the entire project was turning into one that was a passion project for me, moreso than anything else had ever been.   How I wished that I could keep it for myself after it was finished!
Yes, she was my muse. And she might always be, even in the near future when I would inevitably be forced to jettison my art and make it just a hobby, while I found a “real” job that would pay the bills. She was my muse, but she could never be my lover. I hated to think that I just wasn’t worthy of her, but that was what went through my head.
I might have been falling in love with her, but I still couldn’t imagine being with her.
Nonetheless, I looked forward to seeing her again with breathless anticipation. 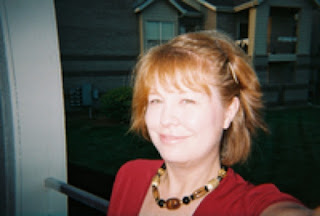 Annie Jocoby is the author of 8 contemporary romance novels and 3 New Adult contemporary romance novels. Her motivation to begin writing these novels is that she was interested in writing about rich men who actually love and respect their women. Her heroes are alpha and damaged, yet also genuinely good guys.
Ryan, Nick, Luke and Asher are all complicated characters who have experienced plenty of darkness, yet always seek the light. They would all go to the ends of the earth to protect the women they love. And they’re all sexy, enigmatic, magnetic and great in bed.
All of Annie’s books have things in common: they all combine a touch of mystery and intrigue with drama, love, and lots of hot sex. Some of the books have action and even some criminal elements in them. Her current book, in fact, is her first book that would be classified as straight romantic suspense, although it also combines definite elements of the thriller genre! If you’re in the market for a book that is fast-paced, where the heroes are beautiful and wealthy, and the heroines are strong, vulnerable and flawed, then try these books out!
Author links:   Website   |   Goodreads   |   Facebook
***Check out the blog tour schedule and follow along the tour.***
Giveaway
Tour-wide giveaway (INTL)
-$50 Amazon Gift Card
-Ends July 9th