Madeline Noel fled war-torn Heaven to hide within the mortal world, but the blessing that could protect her from evil is the holy realm’s forbidden power.
As a talented soprano for the Eden Theatre Company, Madeline hides among prima donnas and tone-deaf flutists. Her perfect voice may entertain audiences, but a careless laugh may shatter glass, and her greatest scream can kill. To control her unrestrained voice, the angels forbid Madeline from embracing the emotions that strengthen her song. Anger. Fear.
Love.
The demon-hunter Damascus vows to defend Madeline from Hell’s relentless evil, but he cannot protect her from her own feelings. Though they deny their dangerous attraction, her guardian becomes her greatest temptation.
Surrendering to desire may awaken the gift suppressed within Madeline’s soul, and neither Heaven nor Hell will allow such absolute power to exist.

Purchase:   Amazon
Excerpt
Damascus erupted upon the roof in a pillar of absolute fire—a warrior of unrepentant strength and unforgiving beauty. His broad body etched with muscles and tensed into a stance of pure aggression. He stood taller than the demon. Prouder than the evil. Stronger than the living hate soiling the night.
The sword materialized between the Realm and the mortal world. His blade coiled with rapturous fire. A confession of righteousness and death. His eyes shared the weapon’s burning rage, and the explosive, molten gold targeted the demon threatening her safety.
He said nothing.
Damascus lunged toward the Handler in a fluid dance of war and victory and conquest. A glowing trail burst from his path and shielded him in a dazzling halo of uncompromised light. It was no wonder the mortals imagined her kind with wings.
The Handler howled and clawed to hide within the shadows. Damascus’s sword pierced the darkness. The fire-forged blade burned white against the night sky, dripping searing embers of consecrated heat. The sword illuminated the Handler before it struck, but the demon’s wide-eyed terror imploded against the fire in chunks of molten ash.
And it was done.
Madeline sighed, but even the barest scrape of sound blurred her vision. Damascus rubbed the ash from the golden armor strapped to his chest. He dismissed his sword without a word. Scowled.
Natalie’s screams deafened the night.
The girl was right to fear. Though the demon spawned into the world vile and ugly, Damascus inspired as much terror in mortals.
In Madeline.
He lived in regal magnificence, but all the gold of the Realm didn’t hide the holy beast within the warrior. His breast plate etched with the heraldry of the light and the charred ash of his enemies. Golden spaulders protected him from the eternal war with the darkness, but the notches each Hunter carved into the side scarred the metal. Brands of war. He’d earn another after destroying the evil stalking his charge, and the Realm would pretend they saw nothing marring the perfection of his armor.
But everything about Damascus existed in perfection, and Madeline was the last being in creation allowed to acknowledge it. His powerful jaw, high cheekbones, and golden hair inspired the artwork of the Renaissance, but he belonged in too many paintings of death, ruin, and war.
The Realm created a beautiful creature for pure destruction. And they created her knowing she could never mourn for him, never fear for him, and never express her true gratitude for his protection. 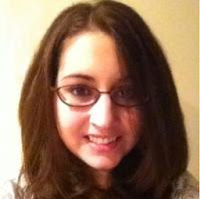 Gracie Madison would spend every day, all day writing…if it were socially acceptable.  Ever since she was a little girl scribbling with a crayon, Gracie’s dedicated herself to her books and all the supernatural and paranormal, creepy and beautiful stories and characters born within the pages. Now Gracie is committed to finally sharing those books with the world.  When the laptop is pried from her hands, Gracie is probably working her day job, rooting on the Steelers, or out with her husband searching for Pittsburgh’s best sushi.
Author links:   Facebook   |   Twitter   |   Goodreads
***Check out the blog tour schedule and follow along the tour.***
Giveaway
Tour-wide giveaway (US and Canada)
-Kindle Paperwhite

2 responses to “Blog Tour: Sing For Me by Gracie Madison”