Vibrizzio by Nicki Elson
Published by: Swoon Romance
Publication date: April 21st 2015
Genres: Adult, Contemporary, Romance
Synopsis:
Lyssa Bates doesn’t need a man. Not when the world is fully-stocked with double A batteries and a wide array of options in Amazon’s health and sexual wellness category. After yet another failed relationship, the twenty-six-year-old investment analyst is convinced that real guys aren’t ever going to live up to her expectations—so why should she bother with them? She’s determined to keep her dating life purely electronic…though she occasionally fantasizes about Hayden King, the delicious new associate she just got partnered with at work.
While Lyssa manages her romantic risks by deleting men from of the equation, the ever-charming Hayden protects his heart by diversifying his love life across multiple women. As the two young professionals travel together around the country for business, their flirty working relationship develops into a close friendship that hurtles toward something more. Between hot tub confessions in Baltimore, an accidental kiss in Dallas, and an all-nighter in Chicago, Hayden proves himself to be better than any fantasy.

Purchase:   Amazon
Excerpt from VIBRIZZIO by Nicki Elson
“I don’t understand why they’ve got to make such a big deal out of this,” Carla said through a half-stifled yawn. “Why don’t they just pull the chosen ones into the manager’s office, plop the extra workload on them, and be done with it?”
Standing with Carla at a back corner of the conference room,    Lyssa shook powdered creamer into her disposable cup of scalding coffee. “This project is on an entirely different scale than anything the firm has ever done. It’s not only the size of the new account—which alone is a major coup—but Pineapple wants to do an in-depth review and adjustment of their entire retirement plan. It is a big deal.”
Nearly every seat in the large, glass-walled conference room was taken as Fox & Keaton Investment Consulting’s senior analysts gathered. Project Pineapple was what they all had begun calling the firm’s huge new account, Delicious Hawaii. The company dealt in canned and frozen fruits and vegetables of all kinds, but pineapple had been their first claim to fame, thus the nickname.
“So then … remind me why we’re all hoping to be picked,” Carla said. “Cuz you know no raise is going to come along with all that extra work.” Her super-short, ebony hair, always perfectly styled when the girls went out to the bars, now flipped up on one side, where Lyssa guessed the pillow had pressed it to her head.
“High profile, baby. So we’ll look good when an associate position opens up.”
“Right. And why do we want to be associates, again?”
“Because that’s when the money kicks in.” Lyssa winked and tapped her Styrofoam to Carla’s cup.
They were distracted from their conversation when an associate from a different department strutted into the conference room. Though he wasn’t particularly tall, his confident smile made him seem ten feet high.   Lyssa and he had never met, but she recognized him—any warm-blooded female who’d ever laid eyes on him would: piercing blue eyes and thick waves of nearly black hair clipped short but with longer wisps arranged in purposeful carelessness across his forehead. His suit, no doubt expensive, hugged his honed physique, and his walk appeared more like a glide as he moved across the room to claim one of the vacant chairs near the head of the table. He had no need of the swill Lyssa and Carla poured down their throats because he carried a tall, lidded cup from the gourmet coffee place in the building’s lobby.
“Shit!” Lyssa hissed as she burned her tongue on the corporate-issued coffee. Lifting an ice chip from the vat holding the orange juice cartons, she placed it on her stinging taste buds and slurred, “Why he here?”
“The Taft-hottie?”
“Translate.”
“Taft because he works in the Taft-Hartley department, and I think the hottie is self-evident.”
Lyssa’s eyes drifted back toward the Adonis in Ralph Lauren as the ice melted and slid in cold streams down the side of her tongue. 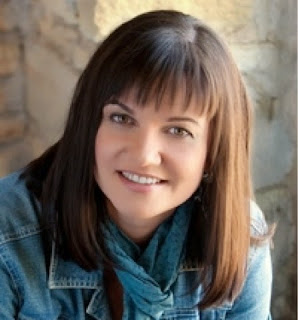 Writing wasn’t something Nicki set out to do; it just sort of happened when she realized writing reports was by far her favorite part of her investment consulting position. She traded stock allocation and diversification for story arcs and dialogue and now weaves her creative writing time in with the other activities of her busy life with her family in the Chicago suburbs.
Nicki writes with two goals in mind: #1 to keep the characters realistic, even when their circumstances are anything but, and #2 to make the reader feel. Watch for her new title Vibrizzio, coming in 2015 from Swoon Romance. Her published works include Three Daves, a light-hearted romantic romp through a 1980s college campus, Divine Temptation, a romantic novel of angelic proportions, and Hans & Greta: a Twisted Fairy Tale Novella. Her published short stories include “Sway” (available as a single), “I Don’t Do Valentine’s Day” (part of A Valentine Anthology), and “Impressionism 101” (included in the debut issue of Insatiable: The Magazine of Paranormal Desire
Author Links:   Website   |   Facebook   |   Twitter   |   Goodreads
***Check out the blog tour schedule and follow along the tour.***
Giveaway
Tour-wide giveaway (US only)
-A personal massager (picture and info here)
-Ends May 21st

One response to “Blog Tour: Vibrizzio by Nicki Elson”