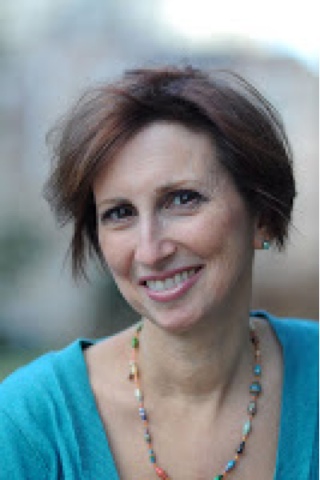 Bio.: Lisa Amowitz was born in Queens and raised in the wilds of Long Island, New York where she climbed trees, thought small creatures lived under rocks and studied ant hills. And drew. A lot.
When she hit her teens, she realized that Long Island was too small for her and she needed to escape. So she went to college in Pittsburgh. Go figure.
On leaving college, Lisa became a graphic designer living in New York City. She eventually married her husband of a zillion years, had two lovely children, and was swept away to a fairy tale life in the Bronx, where, unbelievably there are more trees and wilderness than her hometown. She can see the Hudson River from her kitchen window.
Lisa has been a professor of graphic design at her beloved Bronx Community College where she has been tormenting and cajoling students for nearly seventeen years. She started writing eight years ago because she wanted something to illustrate, but somehow, instead ended up writing YA. Probably because her mind is too dark and twisted for small children.

Interview
If you could work with any author who would it be?
–I have to pick one..no way… Okay let’s see—Neil Gaiman, Maggie Stiefvater, Suzanne Collins, Patrick Ness, John Green and Marcus Zusak. Whatever happened to Marcus Zusak by the way? The Book Thief changed my life and I am still waiting for his next book.
Who is your favorite author and is your writing style similar to theirs?
–See above—though no way can I claim to approach such greatness, if you take all of those writers, stick them in a blender (that’s kind of gross—how about their books) put the setting on puree, then boil it down—you will find everything I wish to be as a writer.
What are your must-have accessories while writing?
–Coffee and the great outdoors. I love to write outside in the summer.
The dreaded writer’s block; Ever have it? If so, what do you do to get through it?
–Let’s see—I have had writers block all YEAR. I think it has a lot to do with this little book called Breaking Glass which is the very whiny child that is taking up all of my time. Hopefully now that it is born, I can focus on something else besides the edits that will be landing on my desk for my next book.
Do you have a playlist for Breaking Glass? If so, what songs are on it?
–Ahhh.. I am SO happy you –asked me that. How about I just give you the link to my trailer:
That song is by a fairly obscure Irish band I have loved for a long time. I knew the song and wrote the book, not really connecting the two. One day at the gym, I was listening to it and thought it captured the mood of Breaking Glass perfectly.
How would you describe Breaking Glass?
–A dark and haunting psychological thriller about a tormented boy so obsessed with a girl who disappears he tries to raise her from the dead. Does he succeed? You decide.
How did you come up with the storyline for Breaking Glass?
–I’ve answered this question a lot, but I realized the other day it kind of came to me while I was staying at this farm in upstate New York for the summer about four years ago. I kept staring at this tree with twisted roots and somehow, that along with a sort of hankering to do something with a Hitchcock quality. If you go and read my other interviews, I answer this a little differently each time because I can’t actually pinpoint the moment it came to me. Probably because it simmered a really long time before I actually wrote it. And when I finally did, I wrote it at a breakneck speed because Jeremy was so impatient to be heard.
The Breaking Glass characters were quite emotionally intense, each in there own unique way; how did you muster up those emotions while writing?
–I’m a pretty intense and emotional person, so it wasn’t all that hard. Writing is a strange activity… you somehow draw on subconscious memories and feelings you didn’t even know you had. It’s very exciting when it’s going well.
Which character is most like you?
–Probably Jeremy’s father Paul, in that he’s kind of a worrier but doesn’t always know how to communicate. I have a son, and some of the more awkward moments are inspired by conversations I have had when the truth is the last thing your kid will actually tell you. Oh, and the guilt. Paul Glass is wracked with guilt. I have seriously none of his reasons for being so guilt-ridden, but I’m just prone to feel guilty—it comes with my heritage, I guess.
Least?
–Patrick Morgan. He is evil personified and revels in using his power to intimidate and manipulate. He is the opposite of me. But he is probably exactly the kind of person I fear.
What question have you always wanted to be asked in an interview? How would you answer that question?
–What would be your ultimate fantasy for you writing career? To see my book turned into a movie that has the same song as my trailer for the opening credits.
Can you share a little of your current work with us?
–I have a series with Spencer Hill Press called The Finder Series—the first book, due out next year, is Vision. Vision is also a paranormal thriller, but with even more horror aspects to it. The main character is Bobby Pendell, a gifted but dirt poor 17 year old who is basically the head of his fractured little family. When he begins to have blinding migraines that come with visions that set him on the trail of a murderer, he finds he is not only the accused, but possibly the killers next victim.
Do you have anything specific that you want to say to your readers?
–Hello? Anyone out there? If you are I would love to hear what you think of Breaking Glass! 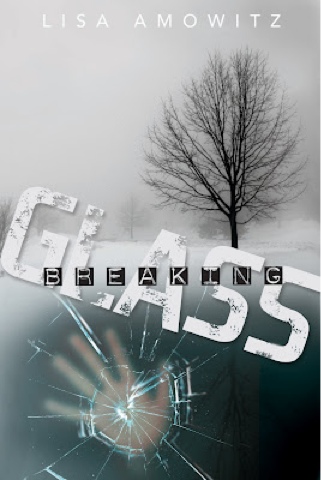 On the night seventeen-year-old Jeremy Glass winds up in the hospital with a broken leg and a blood alcohol level well above the legal limit, his secret crush, Susannah, disappears. When he begins receiving messages from her from beyond the grave, he’s not sure whether they’re real or if he’s losing his grip on reality. Clue by clue, he gets closer to unraveling the mystery, and soon realizes he must discover the truth or become the next victim himself.
Lisa’s Review:
OMG what a remarkable, sit on the edge, eyes glued to the pages, heart thumping book. The twists and turns kept me guessing all the way up to the end and still I sit here saying to myself, “Wow”. The characters are intense and so much emotion penetrates the pages through them. I want to say so much about this book but I fear I would say too much. With that being said, I will end this review saying…. Well done Lisa Amowitz!
GIVEAWAY TIME!! Thank you Lisa for helping us obtain these autographed copies. We will have 7 winners 🙂