Anica Tomlin, business major, has just learned that the man she’s been planning her future around, her Global Finance professor, already has a beautiful wife and family. Ani cashes in her graduation gift to herself a little early—a trip to Tuscany—but from the moment she boards the wrong train in Pisa, her plans for solitude and self-indulgence begin to unravel around her.


When a bicycle accident thrusts Ani into the skilled hands of the dashing Dr. Cosimo Lazzaro, she reluctantly accepts his invitation to recover in his family’s country villa, perched on a hilltop surrounded by the Lazzaro olive groves. But it’s been a black year for olive growers all over Italy, and generations of tradition are being put to the test like never before.


Ani is swept up in the drama of life in Tuscany, the convergence of old and new, and the passions that drive people to pursue the desires of their hearts. Just as Ani begins to get her feet under her again, an unexpected turn of events leaves her doubting the very existence of happily-ever-after, unless she can learn to trust the desires of her own heart.


Although All the Way to Heaven is a stand-alone novel, it is the first book in The Fallout Series, a collection of sweet contemporary romances that follow characters featured in the first book.

Seven AM in Lucca, and the quaint medieval town was teeming with life, fueled by a caffeine-and-Mediterranean-air-induced high.   Bicycle bells jingle-jangled, and boisterous greetings volleyed from one side of the narrow streets to the other. School children laughed and called out to comrades as they scurried off to class.
“Why is everyone so happy?” I pulled a lumpy pillow over my head, but I could find no entry back into the anesthetizing arms of sleep.
My first morning in this enchanted place, and I felt more like a forgotten princess in a tower than a girl on a much-anticipated trip to Italy.
I hadn’t expected to fall asleep right away, but after a hot shower and a bowl of the packaged soup my mom had slipped into my luggage before they drove me to the airport, fatigue settled its heavy cloak around my shoulders. Crawling between the crisp sheets that smelled of bleach and lavender, I was disquieted by the unfamiliar stillness of a town that collectively slept at night. My world was round-the-clock, where the freeway slowed, but never stopped, businesses stayed open twenty-four hours a day, and people lived in shifts, as though afraid the earth might cease turning on its axis the moment no one was looking. But sleep, I did, like a stone, in spite of the tears that made it impossible to breathe through my nose.
Morning, however, had arrived with a vengeance, the stillness before dawn exploding into a cacophony of sound as unfamiliar to me as last night’s stillness. Cobbled streets bordered by tall, ancient stone buildings made shouts and laughter echo and reverberate, each sound amplified. Everything felt so close, but no one here seemed to mind. Like an orchestra tuning its instruments before a performance, each noise outside the window was finding its perfect pitch in the symphony entitled, “A Day in the Life of Lucca.” 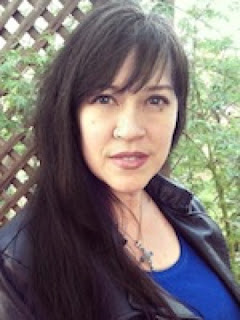 Becky Doughty is the author of the best-selling Elderberry Croft series, The Gustafson Girls series, Waters Fall, and more. She’s also the voice behind BraveHeart Audiobooks. She writes Women’s Fiction with strong elements of romance, as well as Young Adult and New Adult Fiction. Becky’s favorite people are edge-dwellers, those who live on that fine line where hope and despair meet, where love is the only answer and grace becomes truly amazing. Becky is married to her champion of more than 25 years. They have three children, two of whom are grown and starting families of their own, and they all live within a few miles of each other in Southern California. They share their lives with too many animals, a large vegetable garden, and a strange underground concrete room they’re certain was built for dark and sinister purposes….

GIVEAWAY
Blitz-wide giveaway (US only) 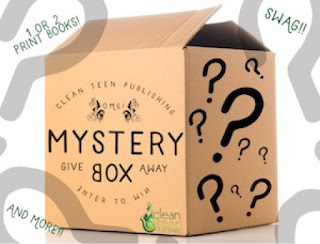 3 responses to “Book Blitz: All the Way to Heaven by Becky Doughty”