When peasant girl Ciardis is chosen for a position at court, she travels across the empire to begin a new life. To survive, she’ll need to master intrigue, befriend a crown prince, and learn to control magical abilities she never knew existed. 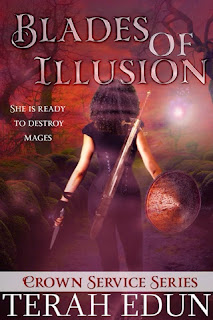 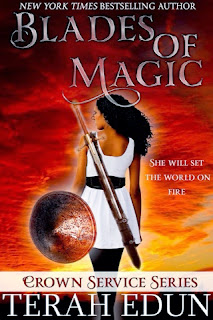 As an unstoppable war breaks out between the mages of the Algardis Empire, young Sara Fairchild enlists in the empress’s army to find out exactly what everyone’s trying to hide. But there are secrets on both sides of the battle that will make her question everything… 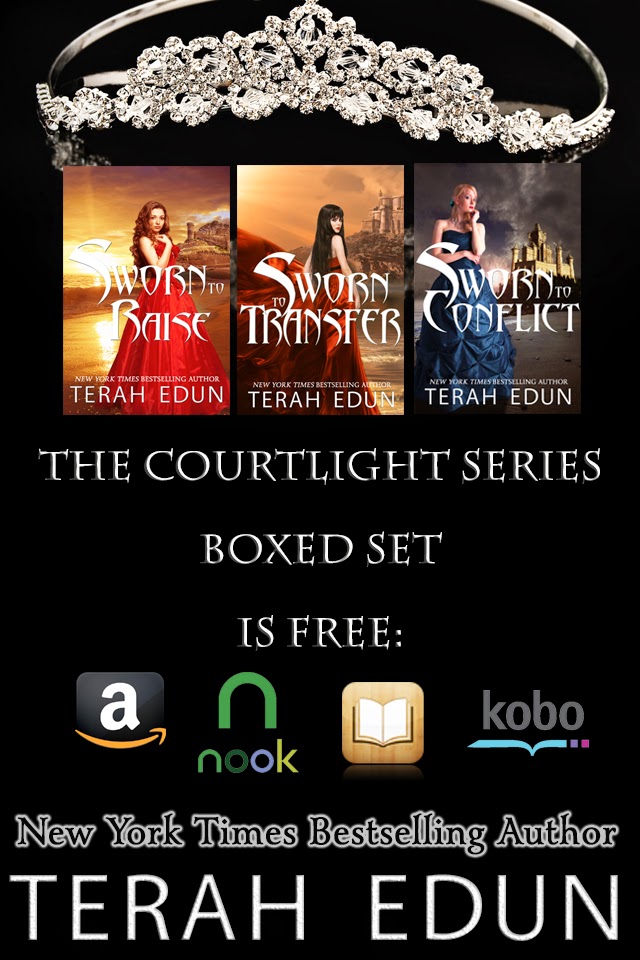 Terah Edun’s next YA Fantasy novel, BLADES OF MAGIC – Crown Service Book #1 (set in the Algardis Universe), will release on March 31, 2014. Book Five of Courtlight, SWORN TO DEFIANCE, will release in April 2014.

Check out Terah’s author website (teedun.com) for more information about her books, find her online @TEdunWrites and subscribe to her newsletter (bit.ly/SubscribetoTerahsNewsletter) to be notified of upcoming releases.

When
Inga finally finished her meal a half-hour later, Ciardis was fairly bursting
with questions. She knew very little about frost giants but she did know the
human mantra: They were deadly, they were evil, and they were stupid. For a
stupid, deadly, and evil creature, Inga ate with a delicacy that rivaled that
of most villagers. Picking her teeth clean with a sharp bone and tearing bread
neatly to soak up the broth weren’t exactly high court manners, but her
behavior certainly beat the ravenous, bloodthirsty beasts Ciardis had always
assumed a frost giant to be.
And
it wasn’t just Inga. The frost giant warriors surrounding her ate, laughed, and
sharpened their weapons just like a normal group of soldiers. They also didn’t
appear to be cannibals with sixty claws like daggers on their hands. As she
snuck glances around as she finished her meal, Ciardis was flummoxed. She
continued to search, but there was one thing she didn’t see: frost giant men.
Every single warrior in the encampment was female. It wasn’t hard to tell with
the skimpy leather and fur outfits they wore; weapons weren’t the only things
on display.

GIVEAWAY
Blitz-wide giveaway (INTL)
Kindle Fire HD 6
PLUS every person who enters will get a FREE copy of BLADES OF MAGIC and SWORN TO RAISE audiobooks from Audible.com