Alev is proud to be a Fire Sister, one of a fierce group of women who live on their own terms in a flaming mountain compound called the Cloister. The Sisters live without men, so Alev Gathers young girls to replenish their numbers. After she plucks young Kaiya from the remote village of Koolkuna, the girl’s father follows them into the wilderness. Alev keeps him at bay, but over time she suspects that this man, at least, isn’t the monster she was taught all men are.

When Kaiya’s father manages to reach the Cloister, the Sisters want to put him to death. Alev can look the other way, or she can heed the growing whispers of her heart to help the girl and her father escape. But to defy the Fire Sisters is to revoke the only life and family Alev has ever known—and to face certain death herself.

THE GATHERER is an exciting 50-page prequel novella in the bestselling young adult fantasy Brilliant Darkness series. The first novel, THE SCOURGE, was a finalist for the 2013 Next Generation Indie Book Award. Two novels and two short stories are currently available, and the final novel in the series, THE FIRE SISTERS, is coming September 25, 2015.

Excerpt
The mist thins suddenly, enough for me to see the three clearly . . . and for them to see me.
Alarm seizes the two men’s faces as they scramble for their weapons—a stout club for each. They are bony, dirty, and in threadbare clothes. One is small enough to be mistaken for a child. He squints at me as if nearsighted and backs away a few feet. The taller one shoots a questioning glance at the other but does not budge. His grip tightens on his club. He is missing the thumb on that hand; it will make his swing weaker.
The woman shrinks away from all of us. Her hair—loose and long, brown and bedraggled—droops around her face. Her pale flesh is a map of bruises.
“What do you want?” The thumbless man sneers. His teeth are blackened.
“Let the woman go.” I flick the venom-wet tip of my knife toward her, allowing him a good look at my weapon and how I handle it.
“She’s ours,” he says.
The small man hisses and tugs on the other’s sleeve. He is ignored.
I hold my blade loosely, but if my stare were a spear, the thumbless one would be missing his eyes by now. I tamp down my fury.
“Women do not belong to men,” I say, “any more than the sun belongs to the inferior moon.”
“This one does.” He steps over and grabs the woman by the hair. As he does, his gaze finally falls where all men’s eventually do: my body. His tongue snakes out of his mouth, licking cracked and bleeding lips.      “And you will, too, sweeting.”
The small man yanks desperately on the other man’s arm now. Sweat beads on his brow. “Don’t you know that paint and the colored feather, cocklebrain? She’s a Fire Sister.”
The other’s eyes fly open as he takes me in again. His maimed hand twitches uncertainly.
“We didn’t know she was one of yours,” the little one says to me, his voice respectful. His head dips low.
“Weren’t worth a loaf anyway,” the tall one mutters.
“She is not my Sister,” I say. “But she is a woman, which makes her more valuable than both of you together. Now release her and drop your weapons.”
The little man complies instantly.   Frowning, his partner follows after a moment. They huddle together, eyes on me. I move closer.
“What are you gonna do?” the small one asks breathlessly. His eyes move everywhere except to my knife.
Let them be afraid for their worthless lives. Gripping the taller man’s shoulder, I bring the blade to his neck. 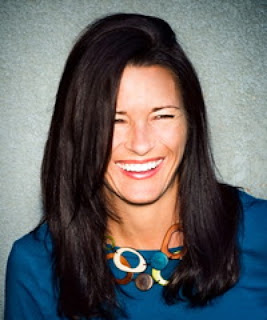 A.G. Henley is the author of the BRILLIANT DARKNESS series. The first book in the series, THE SCOURGE, was a finalist for the 2013 Next Generation Indie Book Award.A.G. is also a clinical psychologist, which means people either tell her their life stories on airplanes, or avoid her at parties when they’ve had too much to drink. Neither of which she minds. When she’s not writing fiction or shrinking heads, she can be found herding her children and their scruffy dog, Guapo, to various activities while trying to remember whatever she’s inevitably forgotten to tell her husband. She lives in Denver, Colorado. Learn more at aghenley.com

Giveaway!
-One  (1) ebook copy of The Gatherer.
-Open internationally