Reese Carter is definitely not your average college girl. She’d prefer to spend Saturday nights playing Hero’s Crusade than attending a wild frat party on campus. When she bands together with Adam, fellow comic enthusiast and illustrator, it appears that Reese has formed a dream team sure to propel her writing into the comic hall of fame.


Adam Hayes has never met a girl like Reese. She’s sassy, smart, and loves talking comics, although he can’t see why she’d choose DC over Marvel. He’s thrilled to finally put his artistic chops to use in their upcoming comic project. But this relationship is strictly professional. Or so he tells himself. When the two combine forces, they churn out magic in more ways than they had planned; they never expected to develop a steamy romantic sub-plot of their own…

Excerpt
She reached for a slice as Adam walked in the back. He returned with some napkins, which was good because she now had sauce dripping on her chin. “Thanks,” she mumbled around a mouthful of hot cheese.   Just as she wiped at her chin, a blob of sauce landed on her cargo pants.   She rubbed at it, resigned to another stain.
The corners of his mouth lifted, but he said nothing. He leaned against the counter in front of the register. They ate in silence through their first pieces. They’d worked a long time to figure out how to approach this partnership.
No matter what, collaboration was rough.
Adam wiped his hands on a napkin. “Do you think this is going to work?”
“What? Us?” Probably not the best wording.
He nodded.
“As long as you give up your boob fixation, yeah.” She blew out a heavy breath that puffed her bangs away from her forehead. “It’s harder than I thought. It’d be cool if we could just do a Vulcan mind meld, and you could see inside my head and know what I’m picturing. If I had any artistic skill, I’d attempt to draw it myself. But I find stick figures challenging.”
“So Lyrid can’t have big tits. I get it. You can stop telling me. But I’m not going to draw her like a guy either.”
The jab hit home. More times than she cared to think about, people had commented on her appearance.   “I don’t want her to be a guy. But real women don’t have a two-inch waist to go with their ginormous boobs.”
“Lyrid isn’t real. She’s a character. A fantasy.”
But why did the fantasy always have to be sex goddess? “Can we settle on a happy medium?” She squinted at him and searched for the right words. “Curvy, but not voluptuous?” She pointed at him.   “And no spillage.”
“Spillage?”
She cupped her hands in front of her own small chest. “Spillage.   Popping out of a ridiculous outfit.”
Adam dropped his pizza back in the box and went to the drawing table. He flipped up his sketch pad.   An intense expression took over his face and Reese stared. She couldn’t look away. His long fingers moved quickly with a pencil in his left hand.   She knew that when he was finished, smudges would be smeared on the edge of his palm as well as on his fingertips.
It was like she was no longer in the room. 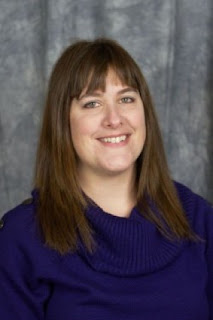 Shannyn is a former English teacher, who now works as a part-time editor while raising her three kids.

Even though she wrote from high school through college (mostly poetry), she’d never considered a career as an author. Writing fell by the wayside as she focused her energy on creating lesson plans and new and fabulous ways to torment her teen students. One group in particular dubbed her “The Torture Master,” a title she carried into motherhood.

After the birth of baby number two, Shannyn resigned from teaching and fell in love with reading romance novels. She read so many books so quickly that her husband teased, “If you’re going to read so many damn books, why don’t you just write one?”

So she did. And she hasn’t looked back since.

She is recovering from her Diet Coke addiction, fears putting her foot in her mouth on social media, and has a renewed appreciation for the bad girls of the world.

Shannyn is represented by Frances Black and Jennifer Mishler of Literary Counsel. Her debut, More Than This, will be released by eKensington on January 3, 2013.

One response to “Book Blitz: His Work Of Art by Shannyn Schroeder”