I Need You by Jane Lark
(Starting Out #3)
Published by: Harper Impulse
Publication date: October 23rd 2014
Genres: Contemporary, New Adult, Romance
Synopsis:
Guilt can eat away at you, but love can cut like a knife…
Wanting after his best friend’s girlfriend is a cliché Billy knows well – it’s the tightrope he’s walked for years.
But now Jason and Lindy have broken up and Billy can’t help but be there for the girl he’s loved from afar for so long. She’s hurting.
Fighting to find a road to the future, Lindy’s heart hurts. She’s trying to escape the truth, but Billy keeps making her face it – and it’s ugly. How can she keep living when everything is made of glass and it keeps shattering?
Her one constant is Billy. Only, rebound isn’t his style and when Lindy starts to see him in a different light, he just can’t trust her. He’s no one’s second best.

Purchase Links:   Amazon   |   Barnes & Noble
Jane Lark – I Need You – Excerpt
Guilt punched my chest. Maybe I’d been disloyal. My fingers brushed back Lindy’s hair.
She was too difficult, too angry, too judgmental, too everything. That was why I’d given up on her. But she’d been dating Jason for years, and in all those years we’d been friends too. We’d gone to college together.
Jason talked on his cell, walking a few feet away. I guess he’d told Rachel we’d found Lindy.
Tonight had been about a new start, drawing a line on the past, so Jason and I could move on, but we couldn’t when Lindy was like this.
A siren screamed in the distance. It got closer. Shit. I stood up. Jason looked at me and said something to end his call, then slipped his cell back in his pocket.
The cop car sped up Main Street. Its wheels screeched when it pulled up on the parking lot.
Great. Her dad was angry.
The driver’s door opened and Mr. Martin stepped out.
“What’s been going on, boys?”
Jason answered, “We were walking home, Dwayne, and Billy spotted her on the steps––”
“You don’t know what she drank?” Mr. Martin walked over.
I moved out of the way.
Lindy’s parents had used to be really social; we lived in a small town, everyone knew everyone, but I hadn’t seen them for months.
Jason looked down, his gaze scanning the parking lot near Lindy. “There’s nothing around to say she’s drunk anything.”
Her dad squatted down and touched her shoulder. “Lindy?” I’d thought the way he’d pulled up, he’d be shouting at her, but his voice was more concern than frustration.
Jason and I had encountered his temper as kids, the day we’d stolen that spray can. It wasn’t fun.
“Lindy?” he said more strongly when she didn’t answer, or move. He straightened, then bent over her, turning her head. There was absolutely no sign she even knew he was there. He lifted one of her closed eyelids.
All there was beneath it was the white of her eye.
Shit. She was in a hell of a mess.
Mr. Martin sighed like he had the weight of the world on his shoulders as he straightened up and his hand reached to the breast pocket of his shirt. He pulled out a cell, turned his back on us and walked a few feet away.
I looked at Jason. He looked at me. I was sure he felt like I did. Neither of us could move on with Lindy like this.
“Miriam, I’ve got Lindy down here at the Macinlays’ store… Yeah. Don’t worry I’ll sort it. You don’t need to fret, it’s not good for you, but just tell me what time she left home?”
I probably hadn’t seen her mom for more than a year, let alone months.
“Okay. Go check her room would you, she’s been drinking, or taken something, I wanna know which and what…”
There were a few minutes of silence.
“It’s empty?”
“How many were in there, do you know?”
“Okay, I’ll get her some help and call you. Don’t worry, honey. It won’t do you any good to worry, you know that, you have enough going on. She’ll be okay.” He sighed when he ended the call. He didn’t look at Jason or me, just stared into the distance for a moment, then took a deep breath, like he was drawing on some reservoir of strength and patience.
He probably needed it for Lindy, if she’d been this messed-up for six months. No wonder her parents had gone into hiding.
Jason and I looked at each other, waiting on the verdict.
With his back to us, he lifted another cell from a clip on his pants pocket.
“Hi, I’m at the Macinlay store, in Main Street, I need an ambulance, quick time. It’s an emergency. An overdose.” He sighed again. “It’s my girl…” There was so much pain in his voice it hit me hard, and I could see it hit Jason too.
We’d been celebrating a new life in the world… and Lindy… was so unhappy she’d tried to check out. Shit. 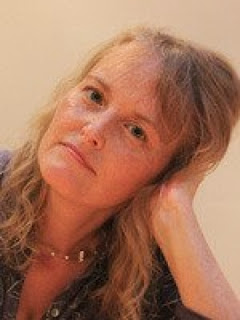 Jane is a writer of authentic, passionate and emotional Historical and New Adult romance and author of a No.1 bestselling Historical Novel,’The Illicit Love of a Courtesan, as well as a Kindle overall Top 25, bestselling author.
She began her first historical novel at sixteen, but a life full of adversity derailed her as she lives with the restrictions of Ankylosing Spondylitis.
When she finally completed a novel it was because she was determined not to reach forty still saying, I want to write.
Now Jane is writing a Regency series as well as contemporary, new adult, stories and she is thrilled to be giving her characters life in others’ imaginations at last.
You might think that Jane was inspired to write by Jane Austen, especially as she lives near Bath in the United Kingdom, but you would be wrong. Jane’s favourite author is Anya Seton, and the book which drew her into the bliss of falling into historical imagination was ‘Katherine’ a story crafted from reality.
Jane has drawn on this inspiration to discover other real-life love stories, reading memoirs and letters to capture elements of the past, and she uses these to create more realistic plots.
‘Basically I love history and I am sucker for a love story. I love the feeling of falling in love; it’s wonderful being able to do it time and time again in fiction.’
Jane is also a Chartered Member of the Institute of Personnel and Development in the United Kingdom, and uses this specialist understanding of people to bring her characters to life.
Author Links:   Website   |   Facebook   |   Twitter   |   Goodreads
GIVEAWAY
Blitz-wide giveaway (INTL)
-A signed copy of I Found You, the first book in the series and a backpack
-Ends November 4th

2 responses to “Book Blitz: I Need You By Jane Lark”