Inevitable by Inger Iversen
(A Love and War)
Publication date: February 28th 2015
Genres: Adult, Contemporary, Romance
Synopsis:
A Love and War stand Alone. These DO NOT NEED to be read in any order.
I crashed and opened my eyes . . . there you were, fierce and protective, and I knew . . . I just knew it was you all along.
Ex-Marine Trent Reed has been shot at, in a coma, and placed in war zones, but when his best friend calls in a favor, he is faced with the most dangerous situation yet—to be the best man. Trent’s turbulent past with races other than his own taints his view on the interracial marriage, and he’s none too happy to deal with the ill-tempered maid of honor. To accept the position means understanding that his friend is soon to be out of his life—for good.
Tough-girl Teal Lofton has struggled all of her adult life, from her weight to the color of her skin holding her back in work and love. When she agrees to be the maid of honor in her friend’s wedding, a hormonal bride and a jerk of a best man who she is strangely, yet wildly, attracted to, amplify those struggles.
As tensions and tempers rise, Trent disappears with the wedding rings and Teal braves a snowstorm to bring them back, determined to fix yet another problem. But a tragic accident brings together the unlikely pair, forcing them to face the prejudices of their pasts. In doing so, Trent and Teal embark on an inevitable course of self-discovery and passion like they’ve never experienced before—until a secret from Trent’s past threatens to destroy it all.

Purchase:   Amazon   |   Barnes & Noble
Excerpt
The taste of metal filled Trent’s mouth, along with the sound of bees swarming in his head. Confusion took over, before the muffled sounds of a man speaking pulled Trent from his darkened haze. He forced himself to crack open his eyes and a sharp pain shot through his head.
Heavy snow fell around him, yet not his face. Opening his eyes wider he could see the blurred face of a man holding something over Trent’s head. He realized the covering was meant to protect him from the snow. Trent moved gingerly, but his arms felt weighted and his body barely responded to his commands. The voice came again, a bit clearer than before.
Trent had momentarily forgotten where he was and what was going on. His mind raced with visions of war and his body ached. He worried about the effects of PTSD in situations like this. Luckily, he didn’t have to think about that too long. Memory of what actually happened popped into his consciousness and his eyes shot open with worry.
“There you are.” An unfamiliar voice said calmly. Trent’s eyes took a moment to focus. The face of his neighbor came into view. “Don’t move just yet. You might have broken something.” The man looked him over as if he could tell just by looking.
Trent didn’t feel any pain, just confusion. “W—where’s the woman?” Trent asked, ignoring the man’s futile attempts to get him to stay down. He turned over and propped himself up on his bruised elbow. Looking around, he searched for a flash of gold dress and dark skin. His head ached and whatever wounds he’d sustained finally started to make their presence known. He shook his head, but it cleared nothing and only left him a bit dizzy.
The man pointed over past the driveway. “Your woman is over there. My wife and I didn’t want to move her. You were out for about five minutes.” Trent listened as he struggled to stand. He glanced over, only seeing a bright red blur in the darkness. “I still think you should stay down until a rescue squad gets here.”
Trent shook his head, meaning to tell the man no, but this time, he effectively shook off some of the fog. He stood on unsteady feet and glanced over to the only road leading to their cabins. “Look over there.” He pointed. “How are they even going to get in here if they make it here at all?” He stumbled over to the woman in a bright red coat. As he got closer, he saw Teal on the ground covered up, but still unconscious. The woman held a phone to her ear, but was silent as if she were on hold.
As each second passed, the fog in Trent’s head lessened and he was more aware of how serious their situation was becoming the longer Teal didn’t wake up. Thoughts swarmed his head, spurning him into action. He needed to get her inside, but moving her would be tricky.
Behind him, the man walked over and spoke to his wife. “What’d they say?”
The woman looked up with a sullen look on her face. “Roads are closed, the snow is too heavy.” She looked worriedly at Trent as the harsh cold wind whipped her hair into her face. “They can’t get anyone out to us yet.”
Regardless, Trent understood that in Teal’s situation, she couldn’t stay lying in the snow. He turned to the man. “Help me get her inside and on the bed. I’ll start a fire and warm her up.” He glanced around, searching for something to move her with. His body shook and sharp pains and aches assaulted him whenever he moved.
The woman looked warily at Trent. “Are you sure we should move her?” She glanced at her husband with a frown. Trent didn’t want to move her and possibly cause more injury, but as it seemed, rescue was most likely not coming anytime soon and Teal would freeze to death out here. The thought made his chest ache. He’d served in the military and there was no such thing as an ex-soldier. The things you learned lasted a lifetime and he been in worse predicaments than this. There was no way he’d let her die out here alone in the damned cold. The man seemed to agree with Trent’s unspoken thoughts and moved to Teal’s feet.
Still she shook her head, undeterred. “Honey, I’m not sure about this. I think moving her could mess with any possible injury. I mean, what if she has a broken spine or something?” The woman glanced back down at Teal and took her hand in hers.
Trent understood her fear, as it was his as well. But he had a plan.       “Sir,” he called to the man.
“Lee. Call me Lee.”
Trent nodded. “I can move her, but I need a flat sturdy surface, like a door or table, I only have one door in my cabin and I can’t remove the entrance . . .”
“Lee,” the woman called to her husband and threw keys to him. “Go to the cabin and break down the bathroom door and bring it out.”
Trent raised a brow at the force in her tone. Thankfully, Lee didn’t think twice, and he took off in a mad dash toward the cabin. Trent used this time to stagger inside his own cabin, grabbing all the sheets off the bed and heading back to Teal. He placed them around her as best he could.
Logan was going to flat out kill Trent when this was over. He felt her pulse and it beat strong in her chest. Her breathing was also steady, and there were no head injuries other than the gash on her forehead. It wouldn’t even need stitches. If they were lucky, she’d just been knocked out and would wake up fine. 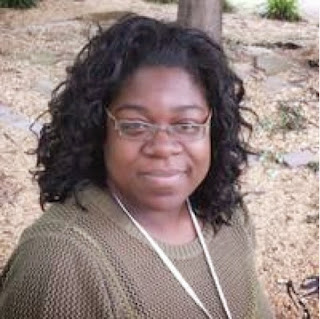 Inger Iversen was born in 1982 to Anne and Kaii Iversen. She lives in Virginia Beach with her overweight lap cat, Max and her tree hugging boyfriend Joshua. She spends 90 percent of her time in Barnes and Noble and the other ten pretending not to want to be in Barnes and Noble.