Seventeen-year-old Krista must quickly figure out how she’s going to survive in the zombie-destroyed world. The one advantage humans have is that the zombies hate humid environments, so they’re migrating west to escape its deteriorating effects. The survivors plan to construct a wall at North Platte to keep the undead out, and Krista has come to Nebraska to start a new life.


Zombies aren’t the only creatures she has to be cautious of—the other survivors have a dark side. Krista must fight not only to live but also to defend everything she holds dear—her country, her freedom, and ultimately, those she loves.


Join Krista in her quest to survive in this thrilling apocalyptic novel by Pembroke Sinclair. 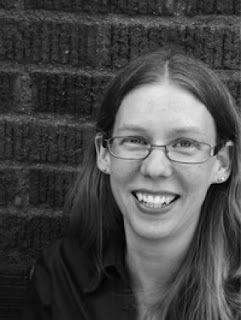 Jessica Robinson is an editor by day and a zombie-killer by night (at least in her books). Since the first time she watched Night of the Living Dead, she has been obsessed with zombies and often thinks of ways to survive the uprising. In addition to her nonfiction book, under the pen name Pembroke Sinclair, she has written YA novels about zombies and the tough teens who survive the apocalyptic world. She has also written nonfiction stories for Serial Killer Magazine and published a book about slasher films called Life Lessons from Slasher Films.


You can learn more about Pembroke Sinclair by visiting her at:  Website | Facebook | Twitter | Google | Goodreads
***There are TWO giveaways below.***
Giveaway!
-One (1) ebook of Life After The Undead.
-Open internationally.

Blitz-wide giveaway (US only)