The Memory’s Wake Trilogy by Selina Fenech
Genres: Fantasy, Young Adult
Synopsis book 1 – Memory’s Wake:
Lost in a world full of monstrous fairies, a troubled sixteen year old has to find out who she is and why her memories were stolen before she is found by those who want her dead.
She takes the name “Memory” and knows she has just one goal – to find her way home, wherever that is. But this land is strange. No technology to be seen, and iron is banned, thanks to a pact the humans have with the magical creatures who share their pre-industrial era world. In her t-shirt and torn jeans, Memory knows she’s different, even before she performs impossible magic.
Haunted by her past, chased by a dragon, wanted by the king and stalked by the strange, handsome savage that seems to know her, everyone is after Memory, and she suspects it’s not just for her eye-catching outfit. Her forgotten past holds dangerous secrets that will challenge everything she believes and risk the lives of everyone she loves.
Memory’s Wake contains over 45 illustrations by the author and artist.
Synopsis book 2 – Hope’s Reign:
Everything is slipping away from Memory. The bond of friendship between her, Eloryn, Roen, and Will, that was formed while running for their lives is tearing. In a world that doesn’t feel like home, with a mind filled with nothing but questions, Memory struggles to be true to herself… whoever that is. When her past self starts haunting her, she knows her sanity could be the next thing she will lose.

A wicked plot dating back to the very beginning of Avall is coming to its end, and Memory is a vital part. In order to save her friends, Memory will break all the rules. With all worlds put at risk by her actions, she will have to step up and make the greatest sacrifice to repair Avall and make the world something better than before. 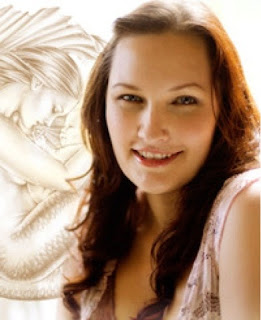 Born in 1981 to Australian and Maltese parents, Selina lives in Australia with her husband, her baby girl, an unnamed cat, and a lorikeet who’s far too clever.

During her life Selina has found ancient Roman treasure, survived cancer, had knights joust at her wedding, been mugged for doughnuts, made a living as an artist, eaten every bizarre and wonderful food put in front of her, and now enjoys writing novels.

Giveaway Time!
-One (1) ebook copy of any one book in the Memory’s Wake Trilogy (winner’s choice).
-Open internationally.