Neighbors with Benefits by Marissa Clarke
Published by: Entangled: Lovestruck
Publication date: June 30th 2015
Genres: Adult, Contemporary, Romance
Synopsis:
A satisfying category romance from Entangled’s new Lovestruck imprint…
Love thy sexy jerk of a neighbor…
CEO Michael Anderson might be something of a “control freak.” Still, he’s not quite sure why his therapist thinks dogsitting will fix anything—especially since he and the canine share a kind of mutual loathing. And to make matters worse, a house sitter moves in next door disrupting his peace—and his dates—with the worst possible music at the worst possible time… every time.
Free-spirited artist Mia Argaropolis has settled into the perfect gig—housesitting in NYC’s Upper West Side while working as an art therapist. Too bad she’s stuck living next door to a bossy control freak with a penchant for calling building security when she blasts music to drown out the noises coming through his bedroom wall.
Post-apocalyptic dinner rolls that nearly take her kitchen with them, a douchebag ex, and a Shih Tzu with the personality of Godzilla attack Mia in one day, and her unlikely neighbor comes to the rescue. Like it was her fault. And now, somehow, they find themselves engaged? Both agree, this neighborly feud just got taken to a whole new level.

Purchase:   Amazon   |   Barnes & Noble
Excerpt
Mia felt Michael before she saw him. Like the ripples across the lake below, the air seemed to vibrate with his energy. And then he was close enough to see clearly. Not mad, thank goodness, but intense. Eyes narrowed, gaze never leaving her face, his intent was clear. She had no doubt in her mind what he was going to do. And while her ever-elusive shred of common sense squealed, “No,” every thing else in her shouted, “Bring it on.”
And bring it, he did, backing her up against the railing and taking her mouth with his before she could get a word out, not that she would have been able to string a cohesive sentence together after seeing that expression on his face. It was a look of desire, hot and insistent, just like his kiss.
The kiss in front of Jason had been toe curling, but this was something completely different.   Overwhelming. Everything melted away—the bridge, people in the park, even where he ended and she began—as he stroked her back with his talented hands, coaxing her passion with his lips and tongue.    When an involuntary moan escaped her, he answered with a groan and deepened the kiss.
This was the real Michael Anderson, not the calm, calculated one he’d chiseled from cold, analytical clay and wore like a mask to hide the real man. 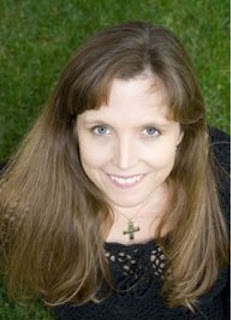 Marissa Clarke lives in Texas, where everything is bigger, especially the mosquitoes.
When not writing, she wrangles her rowdy pack of three teens, husband, and a Cairn Terrier named Annabel, who rules the house (and Marissa’s heart) with an iron paw.  She loves to connect with readers, so follow/friend her on Facebook and Twitter or shoot her an email from her website “Contact” page.

2 responses to “Book Blitz: Neighbors with Benefits by Marissa Clarke”