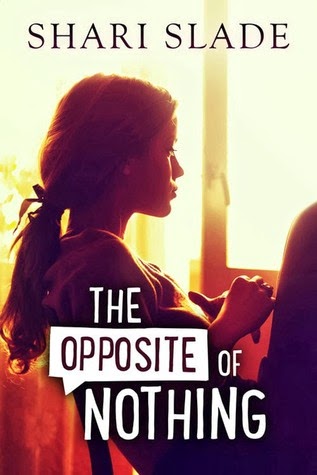 The Opposite of Nothing by Shari Slade
Publication date: March 31st 2014
Genres: Contemporary, New Adult, Romance

Synopsis:
Callie Evans would rather hide out in her DJ sound booth than face the fact that she’s in love with her best friend, notorious campus hottie Tayber King.Tayber turns hooking up into an art form–no drama, no commitment, no lies, and nobody gets hurt. Nobody but Callie, that is. When she sees an opportunity to explore his sexier side using a fake online profile, she grabs it. Now her uninhibited alter-ego ‘Sasha’ is steaming up the screen, and Callie is breaking all of Tayber’s rules.As Callie and Tayber get closer, online and off, she knows she has to confess. And risk losing him forever.**For mature readers, contains strong language and adult situations.**

FIVE FUN FACTS
•     I first got the idea for The Opposite of
Nothing when the Manti Te’o scandal broke last year. I wanted to write a
“catfish” story with a happy ending.
•     According to extremely unreliable internet
sources, the name Tayber means “misfortune.” This is appropriate.
•     Callie is short for Callista, which comes from
the Greek for “most beautiful.” No wonder she’s uncomfortable with it.
•     I purposefully omitted the name of the song
Tayber sings along with in the car after he and Callie go to the movies. I
wanted it to be whatever song the reader wished a crush would sing to them. For
me…he’s singing Ana Ng by They Might Be Giants.
•     When Callie wallows in her guilty feelings, she
plays a punk rock cover of the Fiona Apple song Criminal. As far as I
know, there is no professionally recorded punk cover of that song. I so wish
there was. 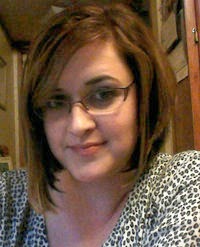 AUTHOR BIO
Shari Slade is a snarky optimist. A would-be academic with big dreams and very little means. When she isn’t toiling away in the non-profit sector, she’s writing gritty stories about identity and people who make terrible choices in the name of love (or lust). Somehow, it all works out in the end. If she had a patronus it would be a platypus.

Frequently found in a blanket fort, you can also find her contributing at Wonkomance, on twitter, facebook, or tumblr. For new release updates, sign up for the newsletter.

GIVEAWAY TIME!!! Make sure you enter both giveaways below.

Girls With Books Only Giveaway

2 responses to “Book Blitz: The Opposite Of Nothing By Shari Slade”