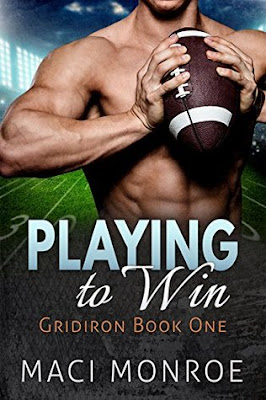 Mr. Football. Blake Wilkins. Quarterback at Iowa State.  Projected 1st round draft pick by New England.  Captain of the Cyclones.  English major and all around good guy.  He could have his pick of any of the smokin’ hot babes on campus.


Chem Geek.  Katelyn French. Her idea of fun was blowing up chemical reactions to cure cancer. Beat Alzheimer’s.  Kick Superman’s ass.  Football was not her thing until she met Blake.


An unlikely couple. Pulled in different directions as college life comes to a close. Katelyn heading off to Stanford.  Blake awaiting the NFL draft.  Could they make a long distance romance work?


Sex. Love. Jealousy. Can their love withstand the jealousy and threats that surround them?

“This doesn’t sound like football-guy
music,” I said, watching him.  He’d taken
a bowl of something out of the refrigerator and was whisking it furiously.
“Don’t tell Saint,” he snorted.  He dipped a finger into whatever it was he
was whisking and tasted it, smacking his lips approvingly.  “He’d have a heart attack if he knew that I’d
even heard about Enya.”
I frowned.
“Why? Does he feel the same way about Mika?”
“No, but only because we assured him that
Mika was a girl.”
It was kind of funny, because now that I
thought about it, he really was a very feminine singer.  Still, it was a little disappointing to hear
that the football coach espoused such antiquated values.  “What a dinosaur.”
He shrugged, then slid something wrapped in
foil inside the oven.  “Eh, he’s a good
coach. But yeah, doing the alpha-top-dog-male-macho thing all the time gets
exhausting.”
“So why do you do it?”
“Because the only way to get drafted by the
NFL is to stay on the team, and the only way to stay on the team is to stay on
his good side.”
I shook my head. I couldn’t imagine being
so dedicated to one career path as to be willing to endure that amount of
shit.  Then he told me how he’d grown up,
raised by a single mom.  “My NFL career
will be the first time I’ll be able to give her what she deserves,” he said
quietly.  “You have no idea how much I
want that.”
The things that you usually shared on date number,
say, ten—we ended up talking about those all night long, while he cooked—or
rather, reheated stuff and made salad dressing. Dinner, which was eaten on
“company china” as he called it, was roast beef and gravy, with creamy mashed
potatoes and a salad.  It was strange,
how intimate the conversation got, how much of our souls we laid bare to the
other that evening, while we picked over the salad and drank down the wine. It
wasn’t drunkenness that prompted us to loosen our tongues.  In retrospect, I think it was relief that
we’d found someone who just “got” us.
“Well,” he said, as he cleared the
table.  “My brother said we could use his
Netflix, so what do you say to finding a movie while I make dessert?”  For desert he warmed up a gooey chocolate
cake—”Not brownies,” he said, when I asked if that was what they were—and
topped with a scoop of ice cream and a few slices of fresh strawberries.  We ate it on the floor, snuggled up together
on the giant sheepskin watching Skyfall—it was my first time seeing it,
and I almost lost it when the Bond girl died.
“She’s not supposed to die!” I cried, for at least a good three
minutes after the scene.  “They’re
supposed to blow shit up and kick a couple asses and then make out like animals
at the end.”
Still, I had to agree with him that Daniel
Craig was a great Bond.  And I looked up
to tell him so just as he bent his head to kiss me.  There were traces of chocolate on his lips,
but that wasn’t the only reason I wouldn’t let him go. He was good—he didn’t
try to suck my face off and he wasn’t such a germaphobe that he could barely
touch my lips to his, hitting that sweet medium
with the perfect amount of give-and-take that gave truth to the cliche “tongue
tango”. He could tell when to stop, and when to let go.  Against all odds I felt myself falling under
a sort of hypnotic trance—kiss, let go, kiss, let go—and it was surprising how
natural it felt when he gently rolled me over onto my back and his hand was
already under my sweater, toying with the clasp of my bra.
“Do you want me to go on?” he asked.
“Yes,” I whispered, feeling a shiver of
excitement running up my spine. 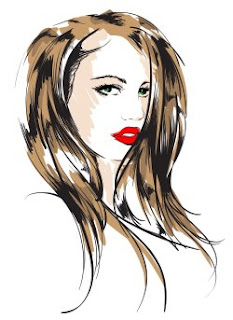 I love writing romance and in particular, I love sports romance.  I’ve played competitive sports all through school.  So I was always hanging out on the field for practices or games.  Lots of my girl and guy friends were also jocks.  These sports romance stories were inspired by my friends.


I still love to follow collegiate and pro-sports.  I enjoy watching soccer and cheering on my favorite football teams.


I like to write romance centered on the field with characters that have lots of spirit and adventure.  I hope you enjoy the inside look into the lives of my players and their friends.


To dreams on and off the field.  I hope you find yours.

3 responses to “Book Blitz: Playing to Win by Maci Monroe”