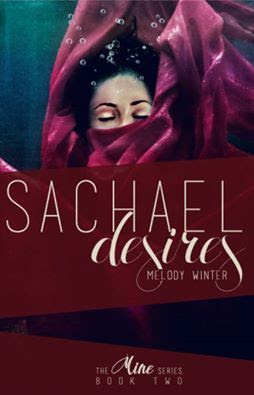 During her ordeal with the Sect, Estelle Bailey dreamt of escaping back into the arms of the sea—and Azariah. But freedom came at a price, and though she’s back with the Sachael who’s stolen her heart, she’s also land-bound until the next full moon. And with the threat of Orontes looming ever larger behind them, Azariah, Estelle, and Michael—her once-captor turned rescuer and friend—are on the run.


Following Michael’s lead, they seek sanctuary amidst the natural beauty of the Orkney and Shetland Islands until Estelle can complete her next submergence ritual and Azariah can whisk her away to the safety of Saicean.
​ ​
Secrets, betrayals, and old enemies await them, though, and as events spiral out of control, Azariah makes a decision that puts all their lives at risk, forcing Estelle to face a journey she never wanted to take. With time running out and tempers running high, her only hope to save the man she loves lies in a reconciliation between two kingdoms who despise each other.


Book Two in the Mine Series, Sachael Desires further expands on the intricate underwater world of the Sachaels, and the hostility and isolation of not belonging.

Sachael Desires Excerpt
The silence between Michael and me
stretched on for minutes as we both stared across the bay. Both of us were lost
in our internal thoughts, our memories, and our fears of what was to come. But
I’d been here before, feeling this way—scared, and yet excited. Melancholy, yet
optimistic. My mother always said that life was an adventure, that it was for
living. I smiled as I thought of her, and pushed my negative thoughts aside.
I closed my eyes and took a deep
breath. Azariah said he would keep us safe. I had to believe him.
“I don’t think Orontes will get close
to us again, not now. Azariah won’t let him,” I said, nodding at the sea. “Not
with all those Sachaels in the water.”
Michael narrowed his eyes at the unseen
men in the sea. “I think they are for your and Azariah’s protection, not mine.”
“Hey, he made sure you came with us,
and he brought you home. He didn’t want to leave you.”
“But what are his plans now? He won’t
want to stay here long. I’m sure this is the first place Orontes will look for
me, and Azariah knows that.” He pushed away from the fence and kicked at the
gravel beneath his feet. I linked my arm through his.
“I’m sure Azariah has it all worked
out,” I said. “Let’s go and see what he’s up to.”
As we walked back toward the house,
Michael groaned. “Look at this place. It’s a mess. There’s a hole in the roof.
I really should stay and fix it. Do the jobs that need doing. She obviously
can’t manage on her own.”
“Isn’t there anyone nearby who can help
her?” I squinted into the distance, attempting to locate any other buildings in
the area. There weren’t any.
“No. She moved here for a reason. She
didn’t want to be near others. She always said she didn’t trust anyone. I
understand why now. She had a lot to hide.”
As we neared the house, several
chickens strutted across the yard toward us, clucking loudly.
“These need rounding up,” Michael said,
scratching the back of his head and frowning. “The fence is broken. It’s one of
the first things I need to fix, otherwise they’ll eat Mum’s vegetable garden.”
I nodded my agreement.
Azariah immediately looked to me and
smiled as I opened the door, before turning his attention back to Michael’s
mum. He was still sitting on the floor, exactly where we’d left him, but he’d
obviously moved at some point. The small fire in the hearth had been replaced
with a large roaring one that heated every corner of the room. It lit every
surface with a warming orange glow.
Azariah stood and held his hand out to
me. I hesitated for a brief moment before walking to him. I still hadn’t
forgotten how he’d snapped at me earlier.
“I am sorry, Estelle. I fear I have
ignored you since we arrived.” He placed his arm around my waist and kissed my
cheek. All traces of his earlier frustration had disappeared. “Morag and I have
had an interesting talk.”
“Morag?” I asked, turning to Michael’s
mother for the first time since coming back into the room. My breath hitched,
and I stared at her. She looked like a different woman.
“Yes, dear, I’m Morag.” She chuckled.
The sound spurred Michael toward her.
“Mum? You’re laughing?”
She nodded, looking first at Michael,
then me, and then finally to Azariah.
“Yes, yes. It’s wonderful, isn’t it?”
Michael shook his head, a deep frown
line visible across his forehead. “But when I left, you were upset; you were
crying.” He turned to Azariah. “What’s going on?”
The glow of the roaring fire danced in
Azariah’s eyes. He held his hand out to Michael, as if wanting him to shake it.
I grinned, remembering the way Michael had shaken his hand when they met on the
beach for the first time a few short hours ago. Azariah had appeared amused at
the gesture, but here he was, offering the same hand of friendship to Michael.
Michael cautiously took Azariah’s hand
in his.
“Welcome to the family,” Azariah said.
“We are related. 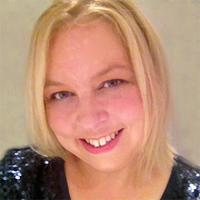 Growing up, Melody showed a natural ability in art, a head for maths, and a tendency to write too long English essays. Difficult to place in the world when she graduated, she pursued a career in teaching, but ended up working in finance. Melody is convinced the methodical times she spends working with numbers fuel her desire to drift into dream worlds and write about the illusory characters in her head.


Melody Winter lives in York, North Yorkshire, England with her husband and two sons. When not dealing with football, rugby, and a whole plethora of ‘boy’ activities, she will be found scribbling notes for her stories, or preparing for another trip to the nearby beaches at Scarborough and Whitby. With an obsession for anything mythical, Melody revels in reading and writing about such creatures.