State of Alliance by Summer Lane
(Collapse Series #5)
Publication date: January 30th 2015
Genres: New Adult, Post-Apocalyptic
Synopsis:
There is no such thing as safe.
For Commander Cassidy Hart, staying alive is only one of her day-to-day problems. As a newly minted Senator of the State of California, she must travel to Monterey Bay with the hope of bringing an agreement between the militia forces and the Pacific Northwest Alliance as the United States desperately battles against the shadow invasion forces of Omega.
But Monterey is not what it seems. The threat of another Omega attack looms on the horizon, and Commander Chris Young – the love of Cassidy’s life – is not the only important person in Cassidy’s life who is keeping secrets.
Assassinations, betrayal and startling revelations lie ahead.
The war is now. Fight or die.
Choose your side.
The fifth installment in the international bestselling Collapse Series, a YA/NA post-apocalyptic romantic adventure.

Purchase:     Amazon
Guest Post
The Writing Process of The Collapse Series
By Summer Lane
I’m frequently asked what it’s like to write a series. The
truth is, it’s hard to sum up the experience in just a couple of sentences,
because creating a series is very hard work! I released the first installment
in The Collapse Series, State of
Emergency, in January 2013. It’s been two years. I have since released six
books, and by the end of this year, I will have at least ten total published
works. Writing, editing, publishing and selling an average of 3-4 books per
year is a massive undertaking, one that must be carefully scheduled out. My
year is divided into an average of three sections: January-March, March-June
and June-October. This is the most challenging part of the year.
November-December is spent purely writing without editing or marketing, so in a
way, those two months are like a vacation to me – ALMOST!
With my year sectioned out like this, the moths pass very quickly. It usually takes me a full
month to write a novel, and at least three weeks to write a novella. The rest
of the time is devoted to editing and research. Before I know it, the entire
year is already over! I do not write by the seat of my pants. Everything I do
is planned and thought out long before the pen ever meets paper – or in my
case, before my fingers hit the keyboard. My series are all interconnected, so
planning and plotting is an absolute must. I love what I do. I wouldn’t trade
it for anything. I’m so excited to share State
of Alliance with the world! 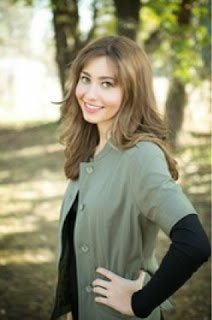 Summer Lane is the author of the international bestselling Collapse Series and Zero Trilogy. She owns WB Publishing and Writing Belle, an online magazine dedicated to the Art of Storytelling. Summer is also an accomplished creative writing teacher and professional journalist. She lives in the Central Valley of California where she creates her stories and shares them with the world.
Author links:   Website   |   Writing Belle Website   |   Facebook   |   Twitter   |   Goodreads
GIVEAWAY
Blitz-wide giveaway (INTL)
-13 eBooks:
The Soul Thief, Majanka Verstraete
Trigger, Jill Meengs
Dead Girl Walking, by Ruth Silver
Spirit Warrior, by DEL Connor
Fractured Dream, by KM Randall
The Green Dagger, by Kelly Hess
Jacob, King of Portalia, by Casey Cubb
A Reaper Made by Liz Long
The Road by G. Michael Hopf
The Death, by John W. Vance
Last Woman by Jacqueline Druga
Realm of the Unknown by James McPike
Element Wielder, by Cesar Gonzalez
-1 paperback of The Lost and the Wicked by Cesar Gonzalez
-1 signed copy of Day Zero by Summer Lane
-$10 Amazon Gift Card

3 responses to “Book Blitz: State of Alliance by Summer Lane”