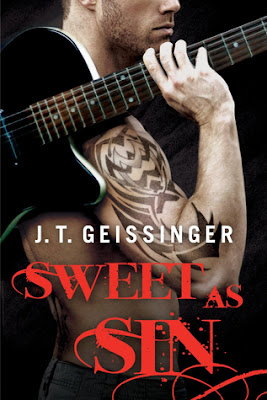 Twentysomething Kat Reid is loving life as an in-demand Hollywood makeup artist. She has absolutely no interest in rock ’n’ roll, but in order to pay the mortgage, she agrees to work on the set of a rock video for the world-famous rockers known as Bad Habit…which brings her face-to-face with Nico Nyx, lead singer of Bad Habit and Adonis in the flesh.

However, the fiercely independent Kat isn’t impressed by the hard-living, womanizing rock star. But when Nico’s model girlfriend shows up to the set drunk and Kat is tapped to replace her as the video’s sexy bride, her combustible chemistry with Nico suddenly threatens to consume the set. Nico feels it, too—and becomes determined to win Kat over, body and soul. Yet behind his rock god swagger, Nico hides a dark secret. Can he rock Kat’s world forever, or will he just break her heart?

He gave me his weight, leaned across to the nightstand, retrieved a condom from the drawer, tore it open, rolled it down the length of his cock, then shoved himself inside me with no preliminaries, without even so much as a word.
I cried out in shock. My nails bit into his back so hard I was sure I’d broken the skin.
He turned his face to my ear. “You wanna make me bleed, baby?” he said, his voice rough. “Go ahead.   Won’t be nothin’ new. You been doin’ it every single fuckin’ minute since we first met.”
He thrust even deeper into me. I groaned, wanting more, hating him, hating myself.
His teeth grazed my shoulder. His fingers dug into the tender flesh of my hips. He thrust again, and again, each time harder and more mercilessly.
This wasn’t making love. This was fucking. It was raw and angry and hopeless and devouring . . .
And it was exactly what I needed.
I said his name on an exhalation, dragging my nails down his back, my hips moving in time with his. I slid my fingers beneath the waistband of his jeans and cupped his hard ass, pulling him deeper into me. He started a new rhythm, one thrust alternating with an amazing, fluid swirl of his hips that dragged his pelvis across my clit and around an incredibly sensitive spot inside me.
This time when I said his name, it was more of a helpless moan.
His hand gripped my throat with just enough pressure to alarm me. My eyes flew open. A flicker of panic winged through my chest.
“Come and you’re mine,” he panted, his face hard. “That’s the deal, remember?”
“Fuck your deal! No deal!”
“Fine, then. Don’t come.” His smile was evil. His hips continued their torture. He bent his head and sucked my nipple into his mouth, and I couldn’t stop the gasp of pleasure that escaped my lips, not for all the money in the world.
Against my breast, he chuckled.
“I hate you.”
It was a whisper, nothing more, but Nico reacted as if I’d shouted it to the hills. He reared up on his elbows, sank his fingers into my hair, and said, “You’re a fuckin’ liar! Tell me the truth, Kat!”
Something inside me broke then. I felt it, like someone had taken my heart and just snapped it in two, as if it had no more strength or substance than a toothpick. I began to cry.
“You’re the liar! And I do hate you!  I do!”
Nico pressed his cheek to mine. His heart pounded frantically in his chest. “If you wanna call what you feel for me hate, then I hate you, too, baby. I hate you with my whole heart.” 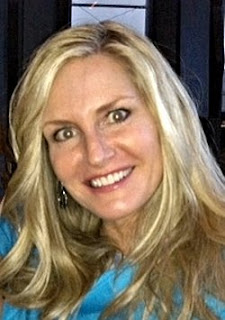 J.T. Geissinger is an award-winning author of paranormal and contemporary romance featuring dark and twisted plots, kick-ass heroines, and alpha heroes whose hearts are even bigger than their muscles. An entrepreneur since she began hand-addressing envelopes for a local beauty pageant when she was 14, she has owned businesses as diverse as a temporary employment agency to a flower shop. It wasn’t until hitting a significant birthday that she became motivated to realize her life-long dream of writing a novel.Her debut novel, Shadow’s Edge, was a #1 Amazon domestic and international bestseller, and won the Prism award for Best First Book. Her follow-up book, Edge of Oblivion, was a RITA© Award finalist for Best Paranormal Romance from the Romance Writers of America. Book 6 in the Night Prowler series, Into Darkness, won the Golden Quill award for Best Paranormal/Urban Fantasy. Her work has also finaled in the Booksellers’ Best, National Readers’ Choice, and Daphne du Maurier Awards.Foodie, wine enthusiast, and nap connoisseur, she lives in California with her husband, on whom all her heroes are based.To receive notification of new releases, contests, and giveaways, sign up for her newsletter at www.jtgeissinger.com