Waterfall by Amber Garr
(The Water Crisis Chonicles, #1)
Publication date: June 2015
Genres: Dystopia, New Adult
Synopsis:
The water is gone. The wars have begun.
Clean water is a luxury most can no longer afford. Climate change, industrial sabotage, and greed have turned country against country as each one tries to provide for its citizens. Terrorist groups target desalinization plants and frustrated governments hunt those who work against them. Rationing, sequestering, and patrolling have become routine at a time when there are too many people and not enough resources.
While the world around them disintegrates into chaos, Zach and Vivienne hope that their life in a government-run complex will retain some semblance of normalcy. But when attacks on their water supplies bring war to their sheltered community, they must accept their new fate. Stay and fight or flee and endure—it’s a difficult decision with lasting consequences.
Will they choose what’s safe? Or will they choose to survive?

Purchase:   Amazon   |   Barnes & Noble
Waterfall – Excerpt
“Enough!” Mr. Lenhart slammed his hand on his desk and everyone fell silent. “We will not be learning how to fight. We will be learning about how to survive.” He lifted his arm, stopping one of the guys up front from saying something. “And by that I mean we’re going to learn how to take apart the sterilizers and put them back together again.”
“But we already know how to do that.”
“Yeah, we did that last year.”
“This sucks.”
I had to agree.
Mr. Lenhart bent down behind his chair and picked up a large box.   Letting it fall to the desk, the contents rattled around like broken pieces. “We haven’t worked with the new ones yet.”
“I thought this was chemistry class. How come we don’t blow anything up anymore?”
“Because we’re using chemistry to survive,” Mr. Lenhart said.  “That’s much more important for your future.”
A chorus of groans filled the room and I swear I saw Mr. Lenhart smirk. Most of our regular classes had been reorganized to include lessons about the world we were living in today. History focused heavily on the last two decades leading up to the water crisis. We studied drought tolerant species and extinction science in biology classes.   Math was…well math. And chemistry had focused on teaching us the reason why sterilization drops, sanitizing equipment, and desalinization plants worked the way they did.
“Now, first, I’d like you to divide into small groups. I only have a few prototypes of the new sterilizer so we’ll have to—”
A deafening boom shook the classroom floors a split second before all of the windows along the side wall shattered. Tiny glass shards flew through the room, covering most of us in sparkling pieces. Everyone screamed. Some tried to run. I covered my head and fell to the floor, feeling the glass slice my arms like a thousand little teeth.
Jessa’s red hair blended in with the crimson blood running down her face. Her shallow breaths and teary eyes met mine, begging for help. My focus narrowed on her and I lifted my arm. Scrambling to my side, Jessa hugged me tight and sobbed against my shoulder. I looked around the room, ears ringing and adrenaline pumping. Most students were on the floor. Those behind me, and closest to the windows, were covered with scratches and bloody wounds. Some were on the verge of passing out.
Another explosion ricocheted through the air and another round of screams pierced my ears. The blast wasn’t coming from our school but it couldn’t have been more than a couple of blocks away.  Glass continued to fall to the floor while I scrambled out of Jessa’s grasp and up to my feet. 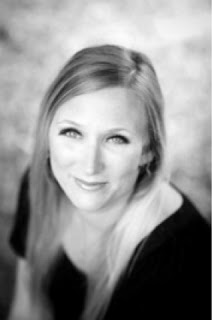 Amber Garr spends her days as a scientist and nights writing about other worlds. Her childhood imaginary friend was a witch, Halloween is sacred, and she is certain that she has a supernatural sense of smell. Amber is a multiple Royal Palm Literary Award winner, author of the bestselling novels The Syrenka Series, the award-winning Water Crisis Chronicles, The Leila Marx Novels, and the Death Warden Series. When not obsessing over the unknown, she can be found dancing, reading, or enjoying a good movie. Find out more at www.ambergarr.com.
Author links:   Website   |   Facebook   |   Twitter   |   Goodreads
***There are TWO giveaways below.***
GWB Giveaway!
-One (1) ebook copy of Waterfall.
-Open internationally.
a Rafflecopter giveaway
Blitz-wide giveaway (INTL)
-Signed copies of both Waterfall and Waterproof + a $25 Amazon gift card
-Ends July 2nd
a Rafflecopter giveaway
Tweet