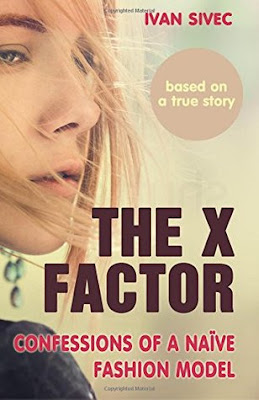 It takes three mistakes to be swallowed up and spat out by the fashion industry.


You trust the wrong people.


You think you know everything there is to know about life.


Maja started off as a regular 17-year-old high-school kid, fighting her inner insecurities while dreaming to become an actress like Marilyn Monroe.


At a party her boyfriend Klemen introduces her to a renowned modelling agent. He sees a special X Factor hidden insight her. And a great business opportunity for himself…


Fast forward a few weeks later. Maja’s charm and talent land her a modelling contract in the trendy and exciting fashion capital of Milan. She’s completely enchanted and determined to make it in the fashion world.


But things don’t turn out the way she had planned.


Exhausting long photo shoots, stressful fashion shows, strict dieting and wild parties start taking their toll on her soon enough. In desperate search for help Maja reaches out to her agent and other false friends from the fashion industry that emotionally and physically exploit her to the point where ‘Maja the Great’ is merely a shadow of her former self.


She starts battling drug addiction that ends up in a tragic event.


Maja has been finally swallowed up and spit out by the fashion industry with its endless traps. What price will the girl with the X Factor have to pay for her naivety?


The young adult novel The X Factor by the bestselling Slovenian author Ivan Sivec is based on a true story and takes the reader on a frightening journey into the world of drug addiction among teenager fashion models.

It
started like this:
“I’ll
give you a fourteenth of an ounce,” Monica was unusually generous and
understanding. “For extremely difficult times. Stop by if you need more. But be
careful not to get used to it too much. Heroin, for example, is only meant for
critical moments, but can otherwise ruin a person.”
At
the time she didn’t know the director was a drug trafficker. A true drug
dealer. By selling drugs to models she lured their hard earned money into her
own pocket. Business is business, of course.
Everything
in the world is about business.
And
exactly because of this Maja was now even more convinced that this was the
first and the last time she would resort to the white powder.
But
destiny had other plans for her.
Maja
felt lost after the incident. She thought everyone was talking about her behind
her back, that everyone was judging her. At the time she didn’t have a hunch
about the fact that she was only an insignificant speck people can crush easily
without any bad conscious.
However,
it all depended on whether this insignificant speck would allow others to crush
her.
But
time ran by relentlessly.
9th
June 2004.
A
gala dinner.
All
the Crème de la crème of Milan society was invited. The
models were keeping the guests company, but also the whole fashion show staff
gathered.
The
fancy invitation that had a big red rose on the cover page said:
After
the very successful, attention-grabbing fashion show, our great fashion
designer Riccardo invites his dear guests and co-workers for a gathering. The
reception will take place on Wednesday 9th June 2004.    “Wow, you’re Riccardo’s co-worker now!”
Svetlana sincerely hugged
Maja, after she showed her the invitation.
They
both knew the only reason why the great designer Riccardo was organising this
reception was to easier sell his new designs. Amongst the cream of society in
Milan were mostly moneybags that liked to show off with Riccardo’s creations in
theatres, luxurious receptions and other events.
Maja
felt awkward because Svetlana wasn’t invited to the dinner party.
“I’m
not going anywhere without you. I don’t know anyone there.” “What do you mean?”
Svetlana tried to comfort her. “You know the great designer himself! And the
whole of Milan, actually the whole of Italy knows you, after all you were on
the cover of the Italian issue of Bravo.”
“They
also know me because I stumbled at the fashion show,” she added bitterly.
“That’s
publicity as well.”
Despite
Svetlana’s convincing, Maja decided not to attend the gala dinner. Out of
solidarity to her friend, but mostly because she was afraid that the reason why
she fell was written all over her face, even though everyone accepted her
stumble as if it was nothing special; as if things like that happened a
thousand times before.
And
then the phone rang.
“Hello,
this is Monica.”

In his rich and thriving career the writer, poet and publicist has written in many genres. His broad ‘repertoire’ includes historical novels and stories, biographies, psychological novels, adventure novels and travelogues, books with sporting themes, youth book series, picture books and books for the youngest readers as well as humorous stories.


He published over 125 books and is one of the most popular Slovenian authors.


As a poet he has written more than 2,500 lyrics for ethnic and entertaining music for which he received many awards.

Giveaway!
-One (1) ebook copy of The X Factor.
-Open internationally.

One response to “Book Blitz: The X Factor: Confessions of a Naive Fashion Model by Ivan Sivec”