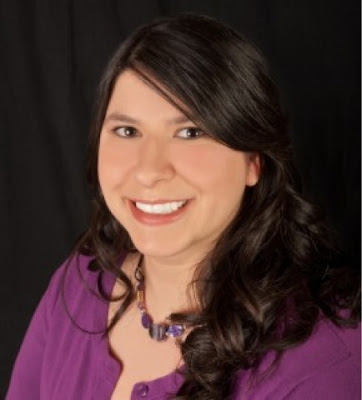 About Crista (From her blog): Growing up in small town Alabama, I relied on story-telling as a natural way for me to pass the time and keep my two younger sisters entertained.

I currently live in the Audi-filled suburbs of Seattle with my husband and daughter, maintaining my alter ego of mild-mannered physician by day while I continue to pursue writing on nights and weekends.

I am an active member of the Romance Writers of America (including the FF&P , Greater Seattle Chapter, ESPAN, Passionate Ink, and the Seattle Eastside Chapters), Absolute Write, and Romance Divas.

Just for laughs, here are some of the jobs I’ve had in the past to pay the bills: barista, bartender, sommelier, stagehand, actress, morgue attendant, and autopsy assistant.

And I’m also a recovering LARPer. (I blame it on my crazy college days)

Is That The End? by Crista McHugh

Thank you, Lisa and Sarah, for having me as a guest and opening your blog up to me.

The fantasy genre is used to long running series with no apparent end in sight. The Wheel of Time. Game of Thrones. Books that keep coming and leave you anxious for the next one.

The romance genre is not immune to it, either (Stephanie Plum, anyone?). So some of my readers were wondering why I chose to cap the Soubearer Trilogy with just three books. They’ve contacted me through email, Facebook and Twitter to let me know they feel like they’re saying goodbye to old friends after reading the third book. Part of that is because I’ve kept the same characters throughout the trilogy instead of jumping from one couple to the next.

But that’s also one of the reasons I decided to cap it at three books. As much as I love Arden, Dev, Kell, and Loku, I wanted to be able to give the other characters in my head some attention. It took me three books to tell Arden’s story, and I hope I’ve found a happy place were readers are satisfied with ending. Besides, having Loku’s voice in my head off and on for the last two years has NOT been a positive influence on my behavior. He is the god of chaos, after all. Of course, I’m still open to writing a spin-off series or picking up Arden and Loku’s adventures later after I wrap up some of my other projects. We’ll see… 😉

What are some of your favorite series that you felt ended too soon? What are some series you think should’ve ended a while ago? 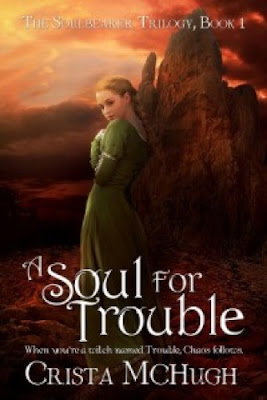 A Soul For Trouble: The Soulbearer Trilogy (Volume 1)

When you’re a witch named Trouble, chaos follows… Arden Lesstymine (known to everyone as Trouble) likes attention as much as the next girl, but this is getting ridiculous. When an insane stranger is murdered at the inn where she works, Trouble becomes the next Soulbearer for the disembodied god of chaos, Loku. Yes, it comes with the ability to channel the god’s limitless power, but at the cost of her sanity — literally. Now she has a sexy but cynical knight claiming to be her protector, a prince trying to seduce her to his cause (and his bed), and a snarky chaos god who offers a play-by-play commentary on it all, whether she wants to hear it or not. To make matters worse, a necromancer wants to capture the soul of Loku for his own dark purposes, and the only way he can get it is by killing her first. “Book one in the Soulbearer trilogy, this fantastical romance is completely different from the myriad of others out there. It’s a great book that pits Trouble against Chaos — two characters that all readers will want to visit again and again!” — 4 1/2 STARS from RT Book Reviews 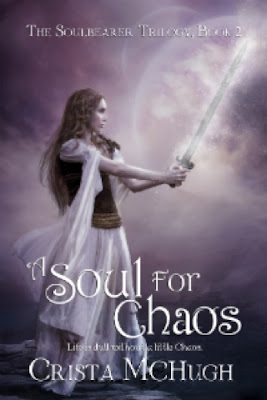 A Soul For Chaos: The Soulbearer Trilogy (Volume 2)

Life is dull without a little Chaos.

Trouble is more than just a nickname for Arden Soulbearer. It seems to follow her wherever she goes. And no one knows this better than her protector, Devarius Tel’Brien. Dev thought that by moving Arden to Gravaria so she could learn how to control Loku, the chaos god inhabiting her soul, life would be simpler. Wrong. Not only is he continually torn between his duty and his growing feelings for the Soulbearer, but he also has to contend with the rival prince who wishes to claim her heart. Adding to his problems, a group of powerful mages have banded together to rid the world of the disembodied chaos god once and for all. Of course, that means they have to destroy Arden in the process. 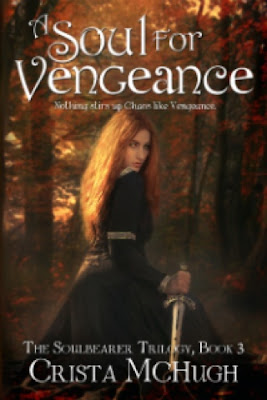 A Soul For Vengeance (The Soulbearer Trilogy) (Volume 3)

Nothing stirs up Chaos like Vengeance… When Prince Kell returns to Ranello, he finds his homeland in ashes. The invaders from Thallus destroyed everything he held dear, leaving him heir to a throne he can’t claim. The thirst for vengeance consumes him and drives him right into the arms of the most unlikely of rebel leaders. Zara has fought for months to keep the hopes of the Ranellian people alive. Finding Kell is just the thing their dying rebellion needs. But as she tries to soothe Kell’s bitterness and turn him into the leader he’s meant to be, she finds herself desiring the one man she believes she’ll never have. A man whose heart was broken by a yellow-haired witch named Arden Soulbearer.