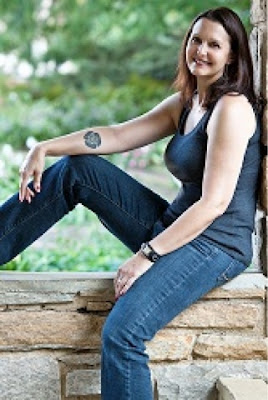 Author Bio: Jeanette Battista graduated with an English degree with a concentration in medieval literature which explains her possibly unhealthy fixation on edged weapons and cathedral architecture. She spent a summer in England and Scotland studying the historical King Arthur, which did nothing to curb her obsession. To satisfy her adrenaline cravings—since sword fighting is not widely accepted in these modern times—she rode a motorcycle at ridiculously high speeds, got some tattoos, and took kickboxing and boxing classes. She gave up the bike when her daughter came along, although she still gets pummeled at the gym on a regular basis.

When she’s not writing or working, Jeanette spends time with family, hikes, reads, makes decadent brownies, buys killer boots, and plays Pocket Frogs. She wishes there were more hours in the day so she could actually do more of these things. She lives with her daughter and their two psychotic kittens in North Carolina.

Jeanette is represented by Pamela van Hylckama Vlieg at the Foreword Agency.

Being a writer’s friend is a dangerous assignment indeed. You never know when we’ll decide to mine the rich vein of your lives and/or experiences and put them in a book. You’ve been warned.

One of the questions I’m asked the most is which character is based on me and/or people I know. To be honest, none of the characters I write are ever me. I know all about me–why would I want to spend an entire book writing about someone I already know everything about? Part of what I like to do is discover who my characters are as I go; I love being surprised by them. However, I feel free to take situations from real life or past experiences. Since we’re giving away Long Black Veil, I’ll let you in on a little behind the scenes information. I’ll try not to spoil too much.

There’s a running…I wouldn’t really call it a joke exactly…thing with Pocahontas. The main character, Devon, gains Pocahontas as a high school nickname. It’s not a name given to her out of a sense of fun–it is done to be mean and the circumstances surrounding it are designed to humiliate her.

I drew that whole sequence from something that happened to a friend of mine in high school. She actually gave herself the nickname of Pocahontas based on a camping trip. It was G-rated, but it was something that we used to joke about every day of our senior year. It was just a private joke that I never thought I’d use for anything other than a good laugh.

Then I had to come up with something humiliating to happen to my main character in Long Black Veil. She’s from the mountain, people don’t respect her or think she’s going to make anything of herself, she lives with her grandmother because her mother is in jail. I needed an insult that was just weird enough and hurtful enough to be a real offense. And so “Call me Pocahontas” came into play. I turned something funny into something embarrassing.

I did ask my friend if it was okay that I used our private joke for something not very joke-like. She said yes, and that’s what wound up in my book.

So if you’re a friend of a writer, beware. Nothing you do is safe. 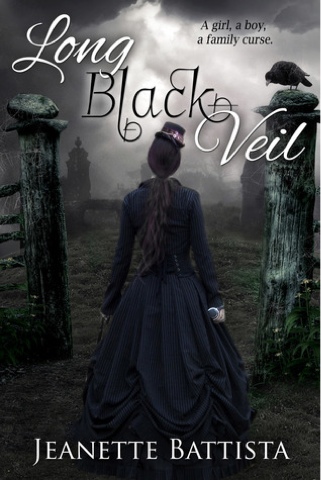 A girl, a boy, and a family curse…

Devon can’t wait to put her podunk mountain town behind her once and for all when she graduates high school. But even though she’s the class valedictorian, the likelihood of her being able to afford college on her own is slim. As she begins the research on scholarships that might help with tuition, a new distraction arises in the form of the town’s golden boy, the cute and popular Brock Cutler who works in the town Records room. Devon knows that mountain and town folk don’t mix, but she’s drawn to him anyway.

But as her friendship with Brock deepens, Devon realizes that there are consequences when mountain folk and town folk mingle: she’s humiliated at a party by the most popular girl in school, almost assaulted by the school quarterback, and rumors about her begin to spread throughout the school. The ghost of a woman wrapped in a black veil starts haunting her steps. As these unpleasant incidents become more frequent, Devon’s grandmother warns her to stay away from Brock so she doesn’t end up like her mother.

As she digs deeper into her family’s past, Devon uncovers secrets that may be better left buried. Why is she suddenly seeing strange visions of a woman in a veil mourning over a hundred year old grave? How is this veiled woman related to the tragic events in Devon’s mother’s life? And why is Devon’s grandmother warning her away from Brock? As Devon searches for answers and the specter’s appearances become more frequent, everything Devon has ever known in her life begins to change.

Can she unravel her family’s curse before it claims her too?