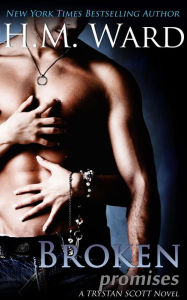 Before the billionaire playboy rose to stardom, we were friends for a while and lovers for a night. Though that was nearly a decade ago, our connection burns brightly in my memory. We weren’t a one night stand, not to me.

I can admit it–I got played. To him, I was just another conquest. My beautiful best friend is long gone, and I’ve moved on. But when fate forces us to meet face to face, everything I felt for him comes rushing back.

Trystan is crashing and burning fast. The press flock like vultures, waiting for him to kill himself or worse. Either way, his mistakes earn them millions.

One night, one time, one word is all it takes to wash away a decade of reason and regret. One secret threatens to push him six feet under, and, when those beautiful eyes turn to me for help, how can I say no? 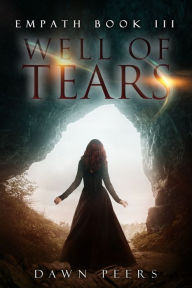 The Beach of Bones could not kill her, and the Sea of Sighs did not destroy her. What will happen to Quinn when she finally submerges herself in the mythological Well of Tears?

Quinn is being sent back to Everfell as a peace offering, to become a pawn in the political games of three men. But Quinn has other ideas. She wants to stop the conflict before a single sword is swung–but can she do it alone? Quinn may have to face all her fears in a showdown with the one man that has manipulated her entire life–the apath Baron Sammah.

In Everfell, and the home of the Well of Tears, Quinn will finally confront everything she knows about herself, her adoptive family, and the man who claims to be her father.

It will end in the Well of Tears. 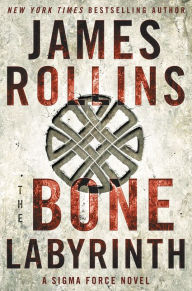 A war is coming, a battle that will stretch from the prehistoric forests of the ancient past to the cutting-edge research labs of today, all to reveal a true mystery buried deep within our DNA, a mystery that will leave readers changed forever . . .
In this groundbreaking masterpiece of ingenuity and intrigue that spans 50,000 years in human history, New York Times bestselling author James Rollins takes us to mankind’s next great leap.
But will it mark a new chapter in our development . . . or our extinction? 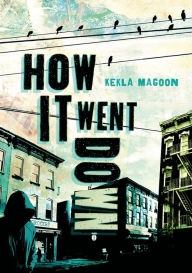 A 2015 Coretta Scott King Author Honor Book
When sixteen-year-old Tariq Johnson dies from two gunshot wounds, his community is thrown into an uproar. Tariq was black. The shooter, Jack Franklin, is white.
In the aftermath of Tariq’s death, everyone has something to say, but no two accounts of the events line up. Day by day, new twists further obscure the truth.
Tariq’s friends, family, and community struggle to make sense of the tragedy, and to cope with the hole left behind when a life is cut short. In their own words, they grapple for a way to say with certainty: This is how it went down. 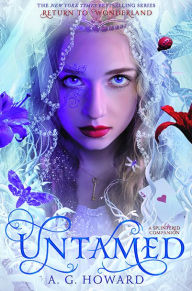 Alyssa Gardner went down the rabbit hole and took control of her destiny. She survived the battle for Wonderland and the battle for her heart. In this collection of three novellas, join Alyssa and her family as they look back at their memories of Wonderland. In Six Impossible Things, Alyssa recalls the most precious moments of her life after Ensnared, and the role magic plays in preserving the happiness of those she loves. Alyssa’s mother reminisces about her own time in Wonderland and giving up the crown to rescue the man who would become her husband in The Boy in the Web. And Morpheus delves into Jeb’s memories of the events of Splintered in The Moth in the Mirror, available in print for the first time 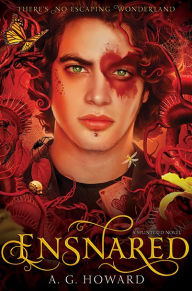 After surviving the disastrous battle at her prom, Alyssa has embraced her madness and gained perspective. She’s determined to rescue her two worlds, and the people and netherlings she loves, even if it means challenging Queen Red to a final battle of wills and wiles . . . even if the only way to Wonderland is through the looking-glass world—a parallel dimension filled with mutated and violent outcasts.

In the third installment of the wildly popular Splintered series, Alyssa journeys into the heart of magic and mayhem to set right all that’s gone wrong. Together with Jeb and Morpheus, she must save Wonderland from the decay and destruction that have ensnared it. But even if they succeed and come out alive, can everyone truly have their happily ever after? 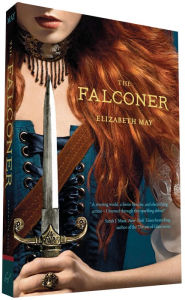 Edinburgh, 1844. Beautiful Aileana Kameron only looks the part of an aristocratic young lady. In fact, she’s spent the year since her mother died developing her ability to sense the presence of sìthichean, a faery race bent on slaughtering humans. She has a secret mission: to destroy the faery who murdered her mother. But when she learns she’s a Falconer, the last in a line of female warriors and the sole hope of preventing a powerful faery population from massacring all of humanity, her quest for revenge gets a whole lot more complicated. Now in paperback, this electrifying thriller—the first volume of a trilogy from an exciting new voice in young adult fantasy—blends romance and action with steampunk technology and Scottish lore in a deliciously addictive read. 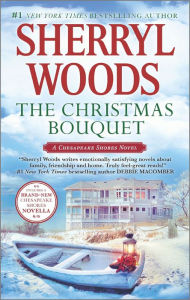 For the very driven medical student Caitlyn Winters, catching the bridal bouquet at a Christmas wedding has set off a chain reaction that she’s sure is more curse than blessing. Not only has she fallen in love with family medicine resident Noah McIlroy, but an unexpected pregnancy threatens her well-laid plans for the future. It doesn’t help that Noah—with a whole lot of help from Caitlyn’s O’Brien relatives—is completely on board with the prospect of marriage and happily-ever-after.
It takes a whole lot of patience, love and family persuasion to help Caitlyn realize that she can still have everything she ever wanted, including a home in her beloved Chesapeake Shores and a man who understands all her dreams. 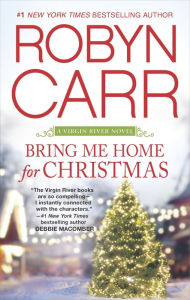 This year, Becca Timm knows the number one item on her Christmas wish list—getting over Denny Cutler. Three years ago Denny broke her heart before heading off to war. It’s time she got over her silly college relationship and moved on.

So she takes matters into her own hands and heads up to Virgin River, the rugged little mountain town that Denny calls home, as an uninvited guest on her brother’s men-only hunting weekend. But when an accident turns her impromptu visit into an extended stay, Becca finds herself stranded in Virgin River. With Denny. In very close quarters.
As the power of Christmas envelops the little town, Becca discovers that the boy she once loved has become a strong and confident man. And the most delicious Christmas present she can imagine. 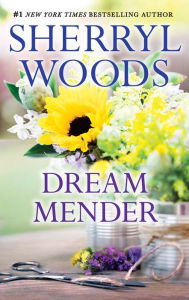 When a tragic fire landed Frank in the hospital, all he wanted was to be left alone. His hands were injured, the very way he made his living destroyed. How could he face life—or his sprawling, well-meaning family—again?
Then Jenny Michaels waltzed into his room and claimed she was going to bully and badger him until he got on the road to recovery. The pretty, pert occupational therapist claimed she, too, had faced adversity—and won! And though Frank said he didn’t want her pity, he knew deep down that Jenny was a dream come true…and perhaps in more ways than one. 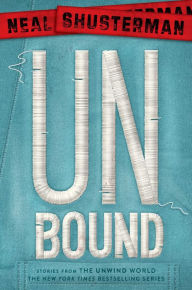 Find out what happens to Connor, Risa, and Lev now that they’ve finally destroyed the Proactive Citizenry in this collection of short stories set in the world of the New York Times bestselling Unwind Dystology by Neal Shusterman.
Connor Lassiter’s fight to bring down Proactive Citizenry and find a suitable alternative to unwinding concluded in UnDivided. Now Connor, Risa, and Lev are free to live in a peaceful future—or are they? Neal Shusterman brings back his beloved Unwind characters for his fans to see what’s left for those who were destined to be unwound. 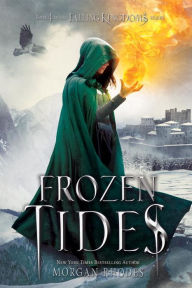 The plans are laid and the players are determined…but nothing can prepare these unlikely warriors for what the elemental gods of Mytica have in store.
CLEO: Reeling after a shocking realization about Magnus, Princess Cleo must cast aside her feelings and look toward her kingdom with the eyes of a queen.

MAGNUS: The steely prince of Limeros is once again torn between love and duty, leaving him wondering whether he’s strong enough to rule his people.

LUCIA: Heartbroken and blind with fury, the betrayed sorceress allies with the awoken Fire god, who also seeks revenge.

JONAS: The defeated rebel leader reunites with Princess Cleo, only to become a pawn in the dangerous hunt for the elusive Kindred.

KING GAIUS: A desperate King of Blood flees Mytica and sails to Kraeshia, where he attempts to ally with the famously brutal emperor across the Silver Sea.