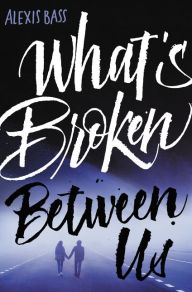 From Alexis Bass, author of Love and Other Theories, comes her heartbreakingly beautiful second novel, perfect for fans of Gayle Forman and of Robyn Schneider’s The Beginning of Everything.
A year and a half ago, Amanda Tart’s brother got behind the wheel drunk, killed his best friend, and paralyzed his girlfriend. Today, he’s coming home from prison.
Amanda’s been the one living with the fallout, made worse by her brother’s recent unapologetic TV interview. People think he’s a monster. Still, she loves him. It’s her dark secret, until she starts getting close to Henry again—whose sister is paralyzed from the accident.
A year and a half ago, her brother destroyed his life. Now Amanda has to decide if she’ll let his choice destroy hers. 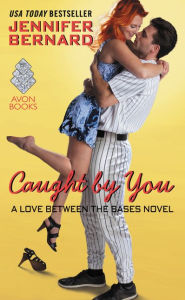 Love comes out of left field in the second novel in USA Today bestselling author Jennifer Bernard’s sexy baseball-themed series
Months of alternately flirting and bickering with Kilby Catfish catcher Mike Solo just turned into the hottest kiss of Donna MacIntyre’s life—and that’s a major league complication. Any hint of scandal could keep her from getting her son back from her well-connected ex. Then Mike comes up with a game-changing idea: a marriage proposal that could help win her case— even as it jeopardizes her heart . . .
Mike hasn’t been able to get the gorgeous, gutsy redhead out of his fantasies. The least he can do is fix the mess he helped create. Yet their engagement is quickly becoming about a lot more than doing the right thing. Because after swearing he’d never risk love again, Mike has found a passion that puts all his emotions in play, and a woman he’ll go to bat for again and again . . . 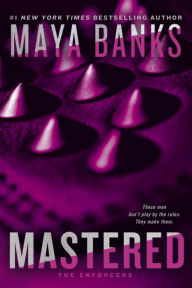 What he wants, he takes with no remorse or guilt.
She stood out in his club like a gem, unspoiled and untouched. A lamb among wolves, she clearly didn’t belong. Drawn to her innocence he watched as she was surrounded by men who saw what he did—but no one but him could touch her. He summoned her to his private quarters. He sensed her fear. He also recognized the desire in her eyes. And he knew she wouldn’t leave before he possessed her. She had no need to know his secrets. Not until he had her under his complete and utter control.

What he wants, she isn’t sure she can give him.

The moment he told her want he wanted, she couldn’t resist. Instinct told her to run, but her heart said stay and walk the fine line between pleasure and pain. Though she wasn’t sure she could ever completely surrender, the primal part of her wanted to try, even knowing this man could break her in ways she never imagined. Because once he possessed her, he owned her and it would be too late to turn back. She can only pray that he doesn’t destroy her in the end. 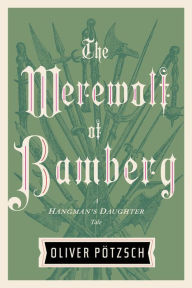 The thrilling fifth entry in Oliver Pötzsch’s bestselling Hangman’s Daughter series.
In 1668, hangman Jakob Kuisl, his daughter Magdalena, and her husband Simon travel to the town of Bamberg. But what was planned as a family vacation soon becomes a nightmare: a murderer in Bamberg is leaving the severed limbs of victims in the trash outside the city. When rumors quickly spread that the deaths are the work of a werewolf, Jakob must prove the superstition wrong and embarks on a search for the “devil of Bamberg.” This thrilling fifth entry in Oliver Pötzsch’s Hangman’s Daughter series follows the continuing adventures and mysteries that surround the Kuisl family. 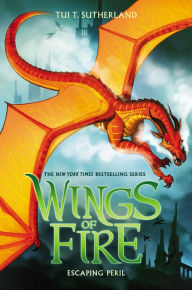 Peril has been loyal to Queen Scarlet, who used her fatal firescales to kill countless dragons in the SkyWing arena. Now, Peril is loyal to Clay, the only dragonet who has ever been her friend. So when Scarlet threatens Jade Mountain Academy, Peril sets off to find her former queen, stop her, and save the day, no matter what it takes.

There’s just one problem: a strangely persistent SeaWing, Turtle, insists on coming along, too. Turtle is worried about his friends, who left to search for Scarlet and haven’t returned. Peril is worried that she might accidentally burn Turtle — or burn him on purpose, for being so annoying — and frustrated that she keeps saying and doing the wrong things. She can’t escape her firescales, and she can’t escape her reputation as the deadliest dragon in Pyrrhia.So when she’s offered a chance to trade everything for a second chance, Peril has to decide who she’s really loyal to . . . and whether her own scales might actually be worth saving. 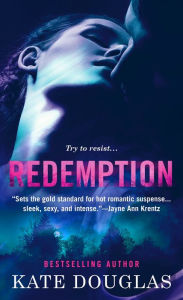 SECRETS THREATENING TO CONSUME
Lola Monroe knows that appearances can be deceiving-even in the most beautiful of places and angelic of faces. She’s seen how the ugliest rumors and lies can destroy women’s lives and careers. So when roommate’s brother-in-law shows up at Lola’s doorstep-unannounced, unassuming, and unbelievably gorgeous-she can’t help but wonder if he’s hiding something behind that handsome face, that sly smile, and those tempting lips…
PASSION WORTH FIGHTING FOR
A battle-scarred veteran with devilish looks, Ben Lowell has spent his entire life running from his past, his family-and his deepest, darkest secrets. When he meets Lola, he knows in his heart he can trust her with the truth, even if it means baring his soul and losing her forever. Lola wants to help Ben find redemption by reconciling with his family. But when she discovers more skeletons hiding in his closet-and more dangers waiting in the shadows-the powerful love that binds them together could be the one thing that tears them apart… 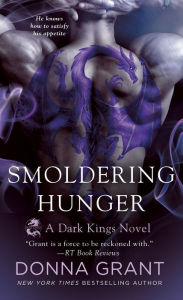 TEMPTING FATE
Darius is back. Edinburg thought it had seen the last of this seductive Dragon King, but that was before Darius found something worthwhile. He just can’t stay away from the impossibly beautiful Dr. Sophie Martin-even though he knows that a passion this strong could prove detrimental…for them both.
CRAVING DESIRE
Sophie tried to forget her encounter with smoking-hot Darius to no avail. He’s in her dreams, tempting her. But her association with Darius catches the attention of another, putting her in mortal danger. . .and Darius, who has vowed to protect her, is her only hope. But can she trust the notorious dragon shapeshifter? The only thing she knows for sure is that she cannot resist him, in Smoldering Hunger, the next novel in the Dark Kings series by New York Times bestselling author Donna Grant! 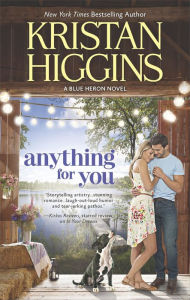 Before you get down on bended knee…
…you should be pretty darn sure the answer will be yes. For ten years, Connor O’Rourke has been waiting for Jessica Dunn to take their on-again, off-again relationship public, and he thinks the time has come. His restaurant is thriving, she’s got her dream job at Blue Heron Vineyard—it’s the perfect time to get married.
When he pops the question, however, her answer is a fond but firm no. If it ain’t broke, why fix it? Jess has her hands full with her younger brother, who’s now living with her full-time, and a great career after years of waitressing. What she and Connor have is perfect: friends with an excellent benefits package. Besides, with her difficult past (and reputation), she’s positive married life isn’t for her.
But this time, Connor says it’s all or nothing. If she doesn’t want to marry him, he’ll find someone who does. Easier said than done, given that he’s never loved anyone but her. And maybe Jessica isn’t quite as sure as she thinks… 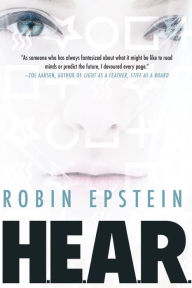 Kassandra Black used to get away with things. She was her high school’s anonymous vigilante, exposing bullies and predators. But when she’s expelled for breaking into another student’s car just weeks before graduation, her acceptance to Columbia is revoked.
Now her future depends on behaving herself for the summer at Henley University under the watchful eye of her great-uncle Brian. If she successfully assists him in his HEAR program (Henley Engineering Anomalies Research), and if he puts in a good word for her, she can at least go to college somewhere.
As Kass gets to know the four other HEAR students, she realizes that she overlooked the “Anomalies” part of their acronym. They’ve all been recruited to help Brian run experiments that gauge Extrasensory Perception—including, to her astonishment, Kass herself. But Kass would know if she were psychic; right? 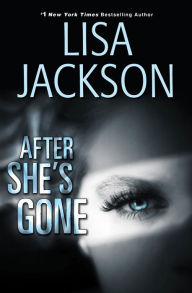 Cassie Kramer and her younger sister, Allie, learned the hazards of fame long ago. Together, they’d survived the horror of a crazed fan who nearly killed their mother, former Hollywood actress Jenna Hughes. Still, Cassie moved to L.A., urging Allie to follow. As a team, they’d take the town by storm.  But Allie, finally free of small-town Oregon, and just that little bit more beautiful, also proved to be more talented—and driven. Where Cassie got bit parts, Allie rose to stardom. But now her body double has been shot on the set of her latest movie—and Allie is missing.

Police discover that the last call to Allie’s phone came from Cassie, though she has no recollection of making it. Instead of looking like a concerned relative, Cassie is starting to look like a suspect—the jealous sister who finally grew sick of playing a supporting role. As the tabloids go into a frenzy, Cassie ends up on a Portland psych ward. Is she just imagining the sinister figure who comes to her bedside, whispering about Allie—a visitor of whom there is no record? Is someone trying to help—or drive her mad?

Convinced she’s the only one who can find Allie, Cassie checks herself out of the hospital. But a sudden slew of macabre murders— each victim masked with a likeness of a member of Cassie’s family—makes Cassie fear for her safety and her sanity. The only way to end the nightmare is to find out what really happened to Allie. And with each discovery, Cassie realizes that no one can be trusted to keep her safe—least of all herself… 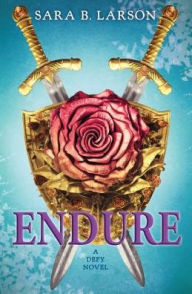 At last, Alexa and King Damian are engaged to be married. But their lives are far from safe. The kingdom of Antion is under siege, and Rylan is a prisoner of the enemy. Even worse, Alexa remains at the mercy of the evil Dansiian Rafe, who controls her mind and can force Alexa to kill or harm Damian at any moment. Despite this, Alexa is determined to rescue Rylan, which soon leads her far from Damian and deep into enemy territory.

When she arrives, what awaits her is deadlier than anything she could have ever imagined: an army of black sorcerers, and a horrifying plot to destroy the world as Alexa knows it. Will she be able to gather the strength to free herself, protect the love of her life, and save the land? Will there ever be true peace?Acclaimed author Sara B. Larson has woven a stunning, romantic, and evocative finale to the Defy trilogy, that is sure to leave readers breathless until the very last page.