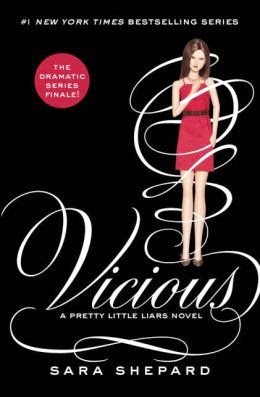 In Rosewood, Pennsylvania, reporters are lined up outside the historic courthouse, typing furiously at their iPhones with freshly manicured nails. Because the trial of the century is happening right here in Rosewood: the four pretty little liars have been accused of killing Alison DiLaurentis. Only Aria, Spencer, Hanna, and Emily know that they’ve been framed. Ali is still out there, laughing as she watches the girls go down for her murder. But when your nickname includes the word “liar,” no one believes you’re telling the truth. . . .
Aria tries to run away from it all but finds that life on the lam is even harder than life as a liar. Spencer gets in touch with someone who can help her disappear—but when a guy from her past reemerges, Spencer no longer knows what she wants. Hanna decides that she’ll hear wedding bells chime before she serves time. And in the face of prison, Emily does something truly drastic—something that will change her friends’ lives forever.
As the trial goes on and the outcome looks grim, the girls are in their darkest hour yet. But maybe they can finally figure out how to beat Ali at her own game. Because once upon a time, she was just a pretty little liar too. 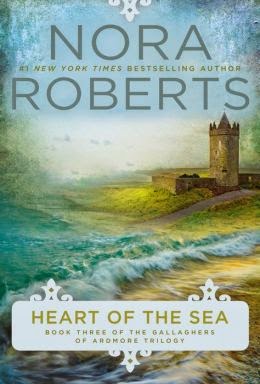 Darcy Gallagher has always believed in the pull of fate, the magic of legendand the importance of money. She longs to find a rich man who will sweep her away—into a world filled with glamour and adventure, and the exotic life that is her destiny
A wealthy businessman with Irish blood, Trevor Magee has come to Ardmore to build a theater—and to uncover the secrets hidden in his family’s past. He thought he had given up on love long ago, but Darcy Gallagher tempts him like no woman ever has. She’s gorgeous and intelligent, and she knows what she wants—and he’s more than willing to give it to her. But as their mutual attraction flares into passion, they look into their hearts—and find out what happens when you truly believe. 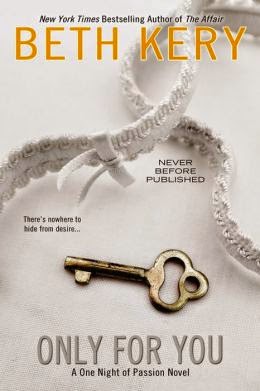 Former Army intelligence officer Seth Hightower may work with the Hollywood elite as a makeup artist, but he’s learned not to trust the rich and famous with anything more than a good time. Only one woman ever tempted him to break his rules about dating actresses—and she left him with the memory of a single night and a lifetime of what-ifs.
Hollywood “It” girl Gia Harris is used to being in the spotlight. But after she witnesses something that puts her life in danger, she needs to avoid prying eyes. Seth’s special skills make him the perfect person to keep her famous face out of the news, but their history makes him the last person she wants to be alone with. He’s far too tempting—and now, far too close.
As Seth conceals Gia from those who would do her harm, they can’t ignore the blistering attraction between them. And when they give in to their cravings, they reveal more about themselves than either of them has ever laid bare before. Tattoo artist Keelie Jessup can handle that someone else has claimed the man of her dreams. She’s just not pleased with her remaining options
Keelie doesn’t believe in the “perfect man.” But the men who are worth the trouble are usually taken—like her business partner Zach Barnes. After a string of bad luck and the lost chance with Zach, Keelie decides that maybe flying solo—and living with suppressed desires—is the key to happiness.

As a photographer, Zane Barnes has an eye for the human form, and his eyes can’t get enough of Keelie’s curves. Unfortunately, Keelie is like most women—always fawning over his little brother, Zach. Zane is about ready to give up, but then a few stolen moments at his brother’s wedding have him thinking maybe there’s a chance there after all. Now he just has to prove that the perfect man does exist…for her. 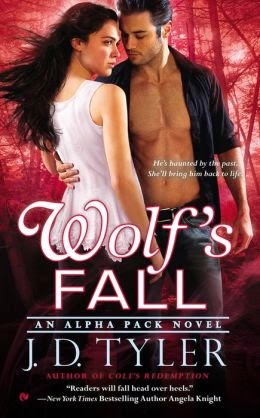 Still tormented by his recent captivity, Alpha Pack commander Nick Westfall isn’t sure he’s fit to lead—especially when he meets the one woman he can’t claim without reliving the torture he endured at the hands of a rogue vampire.
Vampire princess Calla Shaw has seen her own share of heartbreak, but she can tell that the wild attraction she and Nick feel for each other could turn into something significant—if only he’d let it. But Calla isn’t about to give up on her mate without a fight.
Time is running out, not only for Nick to claim his mate, but for Calla and her coven. A vampire war is on the horizon, one the Alpha Pack can’t hope to win if their leader can’t pull himself back from the abyss 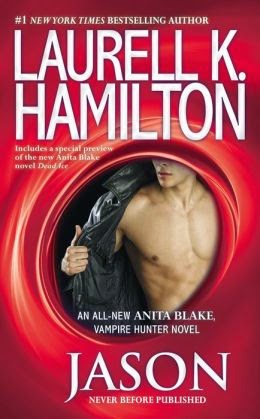 But sometimes you have to explain the unexplainable, especially if the love of your life needs to understand, or she’ll leave you. Jason Schuyler is one of Anita Blake’s best friends and favorite werewolves, with benefits. J.J. is his lady love, an old flame from childhood who dances at one of the top ballet companies in New York. She’s accomplished, beautiful, and she’s crazy about him, too. Neither of them wants to be monogamous, so what could go wrong?
J.J. is enthusiastically bisexual, with an emphasis on the female side of things. She plans to keep sleeping with women, because Jason can’t meet that need, just like she can’t meet Jason’s need for rough sex and bondage. J.J. doesn’t understand why Jason isn’t content to go elsewhere for a need she can’t fulfil, so Jason asks Anita to help him explain.
Anita is having her own relationship growing pains with her only female lover ever, Jade. Jason suggests that J.J. might be able to help Anita with her girl problem, while she helps him with his kinky explanations. With some encouragement from a few other lovers in Anita’s life she reluctantly agrees, and J. J. makes plans to fly into town for an experience that none of them will ever forget. 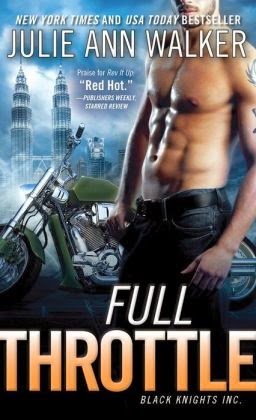 Steady Hands, Cool Head…
Carlos “Steady” Soto’s nerves of steel have served him well at the covert government defense firm Black Knights Inc. But nothing has prepared him for the emotional roller coaster of guarding the woman he once loved and lost.
Will All He’s Got Be Enough?
Abby Thomson is content to leave politics and international intrigue to her father-the President of the United States-until she’s taken hostage half a world away, and she fears her father’s policy of not negotiating with terrorists will be her death sentence. There’s one glimmer of hope: the man whose heart she broke, but she can ever tell him why…
As they race through the jungle in a bid for safety, the heat simmering between Steady and Abby could be a second chance for them-if they make it out alive. 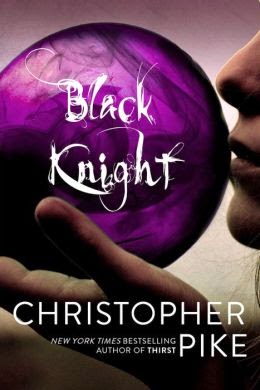 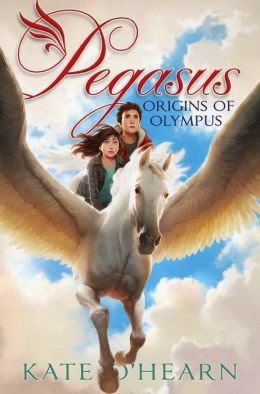 Emily and her winged horse, Pegasus, face an ancient challenge of Olympic proportions in this fourth book of an exciting series.
A deadly plague has struck Olympus. While the Olympians fade one by one, Emily’s heart breaks as she watches, particularly when Pegasus begins to slip away. Determined to save him, she embarks on an investigation that takes her back in time to the origins of Olympus and to the deadly battle between the Olympians and the Titans.
In the present, she must face the full force of the CRU. In the past, she must confront Cronus, the father of the gods and leader of the Titans, who is intent on destroying his offspring. When Emily encounters the full power of the flame and a discovery that could change the face of history, will she make the right decisions? And in the race against time to save Pegasus, will Olympus find its true hero? 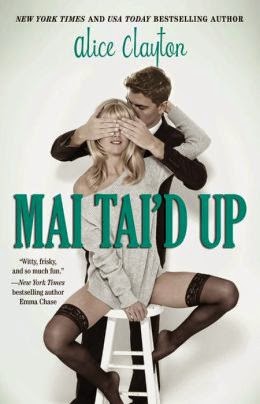 Looking for the perfect mix of smart, sexy, and sassy? Mai Tai’d Up continues New York Times bestselling author Alice Clayton’s Cocktail series, which began with Wallbanger and continued with Rusty Nailed and Screwdrivered.
The gossip mill in the seaside community of Monterey is churning about Chloe Patterson, the newcomer who is starting a sanctuary for rescued pit bulls. It’s rumored that she’s a former beauty queen (true) who ditched her fiancé the morning of their wedding (also true). And that while she’s not looking for a new man, the good-looking local veterinarian has his eye on her. Absolutely, positively true.
When Lucas Campbell isn’t at the family veterinary clinic, he’s paddle boarding in Monterey Bay. Recently single, he’s definitely not in the market for a new relationship, but he still can’t resist taking a second, third, and fourth look at the recent arrival of Miss Golden State.
Neither Lucas nor Chloe has any interest in being tied down. Being tied up, however—now there’s a thought. But are a few Mai Tais, a moonlit night, and the music of Frank Sinatra enough to allow them both to forget their past? Let’s hope Ol’ Blue Eyes knows what he’s doing.
Mix one part tiki, one part kinky, and a splash of old black magic matchmaking, and it’s time to be . . . Mai Tai’d Up. 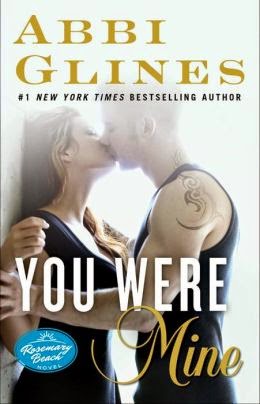 Gossip is the ultimate currency in Rosemary Beach, but Bethy and Tripp have managed to keep one big secret to themselves.
Eight years ago, Tripp Newark was dating a rich girl he didn’t like and was on his way to Yale—and a future he didn’t want. The only way he could escape his predictable life would be to give up the money and power that came with his family’s name. And that’s exactly what he planned to do. At the end of the summer, he was going to ride off on his Harley and never look back.
That was before he met Beth Lowry.
It was only supposed to be a summer fling. She was a sixteen-year-old trailer-park girl who served drinks to his friends at Kerrington Country Club. They didn’t run in the same social circles. No one even knew they were friends, let alone lovers. Yet, for one summer, Bethy became his entire world.
But he couldn’t give up on his plan. He needed to leave Rosemary Beach, but he vowed he would come back for her.
Problem was, by the time he came back—years later than promised—it was too late. His cousin, Jace, had already claimed the woman he loved… 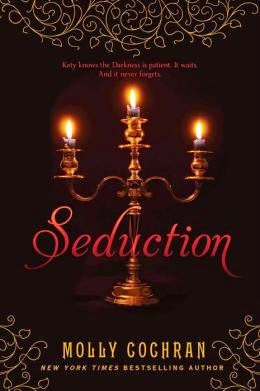 The Darkness follows Katy to Paris in the final book in New York Times bestselling author Molly Cochran’s Legacy trilogy, rife with paranormal witchcraft and romance.
Katy can’t stand the fact that her boyfriend, Peter, has changed so much since his wealthy uncle Jeremiah took him under his wing. In a fit of rebellion, she flies to Paris to attend cooking school. Lonely, she visits a schoolmate, Fabienne, who lives in a beautiful mansion in Paris. But it’s Peter who answers the door.
Katy is devastated that Peter is in Paris—on business for his uncle, he claims—and didn’t tell her. Soon Katy is wrapped up in the mysteries of the strange house, which is occupied by only beautiful, shallow people. And they don’t seem to age. Then an accidental trip through the underground passages of Paris leads Katy to the discovery of an ancient book that just might hold the secrets to the mansion…
Tweet