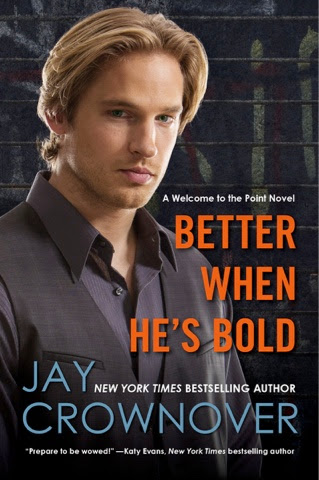 There’s a difference between a bad boy and a boy who is bad. . . . Welcome to the Point.
In a dark and broken kingdom, a ruler has be fearless to control the streets and the ruthless people who run them. Race Hartman is just bold enough, just smart enough, and just lost enough to wear the crown. Places like The Point will always have bad things and bad people, but the man in control of all that badness can minimize the devastation. Race has a plan, but can he prevent total annihilation without destroying himself?
Brysen Carter has always seen the real Race—a guy too pretty, too smooth, and way too dangerous. Basking in his golden glow is very tempting, but Brysen knows she’ll eventually get burned. She has enough problems without the risky danger and mayhem that comes with a guy like Race. Too bad Brysen faces a threat close to home that might be more dangerous than anything The Point has ever produced.. And the only person interested in keeping her safe is the one man she can’t allow herself to have.
Sometimes being bold is the only way to stay alive. But can she let Race save her life . . . if it means losing herself to him?
Sarah’s Review:  I didn’t think I was going to like Race but I ended up loving him!  He has a big heart that he doesn’t share with anyone but some how Brysen got through his walls and made herself at home. He truly takes care of those that he loves.  I’m glad that Bax and Dovie are in this book more than I thought they were going to be.  So that was nice seeing their relationship still working. Nassir…I can’t wait to see how this whole thing plays out with him. Once again the bad boy has me. I really hope he makes it out of the Point alive and he gets his own book. 😉
I was given this book for an honest and fair review
Tweet

One response to “Review: Better When He's Bold by Jay Crownover”