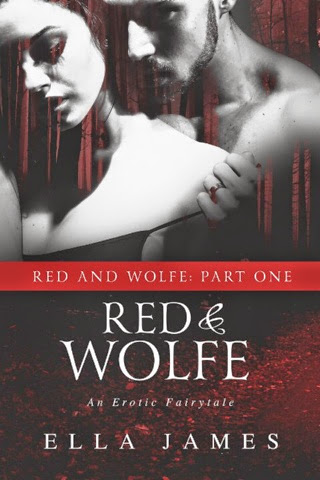 When Sarah “Red” Ryder loses her job as an art critic for a Boston newspaper, she’s brokenhearted. Worse than that? She’s broke. Her boyfriend recently left her – for a tatted-up hottie with a dick – so she’s stuck paying her hefty apartment rent alone. After two months unemployed, there’s no money left. With no immediate family to turn to, Red reaches out to her estranged grandmother, a reclusive writer living on an island off the coast of Charleston. Several days later, Red receives $30,000 and an invitation to visit.

James Wolfe is not Red’s grandmother. But he beckons her. Red has the ability to give him something he needs. He won’t take “no” for an answer, and he doesn’t mind screwing her over. He lost his conscience six years ago, when he was tried for the murder of his wife. Since then, life is about him – and the paintings he does under the mysterious pseudonym “W.”

Wolfe needs the island to keep painting. To live his life away from prying eyes. To keep up the anonymity of “W.”

Once he sees Red, he finds that he needs her, too. And Wolfe will have her. Any way he can.

**The story of Red & Wolfe will be told in three novellas. The next one releases May 21.

Sarah’s Review: I’m digging this version of the this fairy tale. Giving it a modern twist with hotness included. The way this part ended left me wanting more and I can’t wait to read the next part.
I was given this ARC for an honest and fair review.
Tweet