San Diego Comic Con was so awesome. There were so many fascinating things happening which would take me forever to talk about. So, I am just going to talk about all the fabulous books I received while at Comic Con. Some I purchased and many I received free from the various publishers which were present. A HUGE thanks to all the publishers.

These are the books I purchased. I purchased Sanctum because I have yet to read that one and I loved the first book in the series, Asylum. The other books were purchased because of the various book panels I attended in which these books were discussed.

These two piles are all of the books I received for free from the various publishers.

Although I am super excited about all of the books I received or purchased during Comic Con, there are some I more excited about.
The following are my top 5 favorites from these stacks.
Another Day by David Levithan
Release Date: August 26th, 2015
Synopsis:
The eagerly anticipated companion to David Levithan’s New York Times bestseller Every Day

In this enthralling companion to his New York Times bestseller Every Day, David Levithan (co-author of Will Grayson, Will Grayson with John Green) tells Rhiannon’s side of the story as she seeks to discover the truth about love and how it can change you.

Every day is the same for Rhiannon. She has accepted her life, convinced herself that she deserves her distant, temperamental boyfriend, Justin, even established guidelines by which to live: Don’t be too needy. Avoid upsetting him. Never get your hopes up.

Until the morning everything changes. Justin seems to see her, to want to be with her for the first time, and they share a perfect day—a perfect day Justin doesn’t remember the next morning. Confused, depressed, and desperate for another day as great as that one, Rhiannon starts questioning everything. Then, one day, a stranger tells her that the Justin she spent that day with, the one who made her feel like a real person . . . wasn’t Justin at all.

Romeo and Juliet meets Children of the Corn in this one-of-a-kind romantic horror.“When you fall in love, you will carve out your heart and throw it into the deepest ocean. You will be all in—blood and salt.”These are the last words Ash Larkin hears before her mother returns to the spiritual commune she escaped long ago. But when Ash follows her to Quivira, Kansas, something sinister and ancient waits among the rustling cornstalks of this village lost to time.Ash is plagued by memories of her ancestor, Katia, which harken back to the town’s history of unrequited love and murder, alchemy and immortality. Charming traditions soon give way to a string of gruesome deaths, and Ash feels drawn to Dane, a forbidden boy with secrets of his own.As the community prepares for a ceremony five hundred years in the making, Ash must fight not only to save her mother, but herself—and discover the truth about Quivira before it’s too late. Before she’s all in—blood and salt.

The Magicians by Lev Grossman
Released: August 11th, 2009
This book is being adapted into a television show on the Syfy channel. 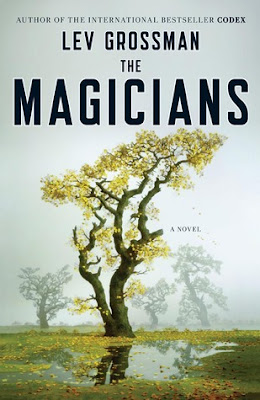 Like everyone else, precocious high school senior Quentin Coldwater assumes that magic isn’t real, until he finds himself admitted to a very secretive and exclusive college of magic in upstate New York. There he indulges in joys of college-friendship, love, sex, and booze- and receives a rigorous education in modern sorcery. But magic doesn’t bring the happiness and adventure Quentin thought it would. After graduation, he and his friends stumble upon a secret that sets them on a remarkable journey that may just fulfill Quentin’s yearning. But their journey turns out to be darker and more dangerous than they’d imagined. Psychologically piercing and dazzlingly inventive, The Magicians, the prequel to the New York Times bestselling book The Magician King and the #1 bestseller The Magician’s Land, is an enthralling coming-of-age tale about magic practiced in the real world-where good and evil aren’t black and white, and power comes at a terrible price.

The Fifth House Of the Heart by Ben Tripp
Release date: July 28th, 2015 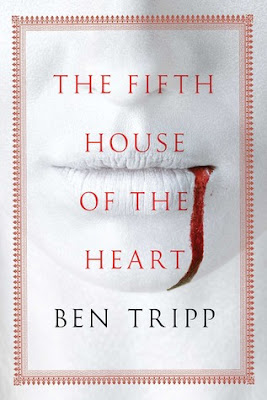 Filled with characters as menacing as they are memorable, this chilling twist on vampire fiction packs a punch in the bestselling tradition of ’Salem’s Lot by Stephen King.

Asmodeus “Sax” Saxon-Tang, a vainglorious and well-established antiques dealer, has made a fortune over many years by globetrotting for the finest lost objects in the world. Only Sax knows the true secret to his success: at certain points of his life, he’s killed vampires for their priceless hoards of treasure.

But now Sax’s past actions are quite literally coming back to haunt him, and the lives of those he holds most dear are in mortal danger. To counter this unnatural threat, and with the blessing of the Holy Roman Church, a cowardly but cunning Sax must travel across Europe in pursuit of incalculable evil—and immeasurable wealth—with a ragtag team of mercenaries and vampire killers to hunt a terrifying, ageless monster…one who is hunting Sax in turn.

From author Ben Tripp, whose first horror novel Rise Again “raises the stakes so high that the book becomes nearly impossible to put down” (Cory Doctorow, author of Little Brother), The Fifth House of the Heart is a powerful story that will haunt you long after its final pages. 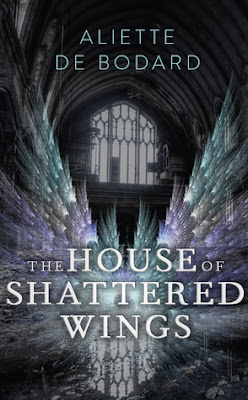 Synopsis:
A superb murder mystery, on an epic scale, set against the fall out – literally – of a war in Heaven.

Paris has survived the Great Houses War – just. Its streets are lined with haunted ruins, Notre-Dame is a burnt-out shell, and the Seine runs black with ashes and rubble. Yet life continues among the wreckage. The citizens continue to live, love, fight and survive in their war-torn city, and The Great Houses still vie for dominion over the once grand capital.

House Silverspires, previously the leader of those power games, lies in disarray. Its magic is ailing; its founder, Morningstar, has been missing for decades; and now something from the shadows stalks its people inside their very own walls.

Within the House, three very different people must come together: a naive but powerful Fallen, a alchemist with a self-destructive addiction, and a resentful young man wielding spells from the Far East. They may be Silverspires’ salvation. They may be the architects of its last, irreversible fall…