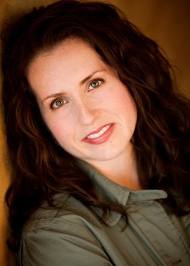 Bio: Sophie Jordan took her adolescent daydreaming one step further and penned her first romance in the back of her high school Spanish class. This passion led her to pursue a degree in English and History.
A brief stint in law school taught her that case law was not nearly as interesting as literature – teaching English seemed a natural choice. After several years teaching high school students to love ANTIGONE, Sophie decided it was time to pursue her long-held dream of writing. Two years later, she landed her first publishing contract.
Her first book, ONCE UPON A WEDDING NIGHT, was a 2006 Romantic Times Reviewers’ Choice Nominee for Best First Historical. Her second novel, TOO WICKED TO TAME, released in March 2007 with a bang – landing on the USA Today Bestseller’s List. A few books later marked her first appearance on the New York Times bestseller list with the release of IN SCANDAL THEY WED.
And as if she’s not busy enough, Sophie writes young adult fiction for HarperTeen and contemporary paranormals for Pocket. Sophie resides in Houston with her family and loves to hear from readers.
Sophie’s Facebook
Sophie’s Twitter
Sophie’s Website 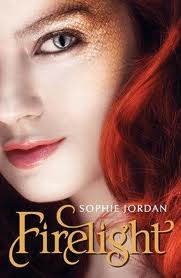 Sarah’s Review:  I loved this series very much!  It was a great read with interesting characters.  Each book left you wanting more.  If you haven’t read this series you really should!

A hidden truth.
Mortal enemies.
Doomed love.
With her rare ability to breathe fire, Jacinda is special even among the draki—the descendants of dragons who can shift between human and dragon forms. But when Jacinda’s rebelliousness forces her family to flee into the human world, she struggles to adapt, even as her draki spirit fades. The one thing that revives it is the gorgeous, elusive Will, whose family hunts her kind. Jacinda can’t resist getting closer to him, even though she knows she’s risking not only her life but the draki’s most closely guarded secret.
Mythical powers and breathtaking romance ignite in this story of a girl who defies all expectations and whose love crosses an ancient divide.
﻿ 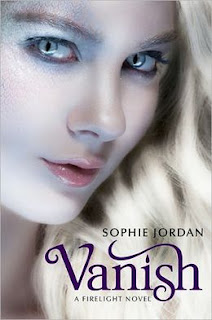 Bitter Rivalries.
Deadly Choices.
To save the life of the boy she loves, Jacinda did the unthinkable: She revealed the most closely guarded secret of her kind. Now, back within the protection of her pride, she is seen as a traitor. As isolated as she is, Jacinda has no regrets—because of her, Will is still alive, even if she can never see him again, even if he has no memories of that fateful night. . . . Then, against all odds, Will finds her and asks her to run away with him. But the cost of following her heart may be higher than she ever could have imagined.
In bestselling author Sophie Jordan’s dramatic follow-up to Firelight, forbidden love burns brighter than ever. 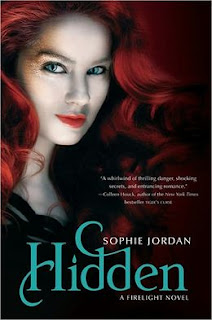 A dangerous journey.
Shattered bonds.
Undying passion.
Jacinda was supposed to bond with Cassian, the “prince” of their pride. But she resisted her fate long before she fell in love with Will—a human and, worse, a hunter. When she ran away with Will, it ended in disaster, with Cassian’s sister, Miram, captured. Weighed down by guilt, Jacinda knows she must rescue her to set things right. Yet to do so she will have to venture deep into the heart of enemy territory.
The only way Jacinda can reach Miram is by posing as a prisoner herself, though once she assumes that disguise, things quickly spiral out of her control. As she learns more about her captors, she realizes that even if Will and Cassian can carry out their part of the plan, there’s no guarantee they’ll all make it out alive. But what Jacinda never could have foreseen is that escaping would be only the beginning. . . .
Loyalties are tested and sacrifices made in the explosive conclusion to Sophie Jordan’s Firelight trilogy. 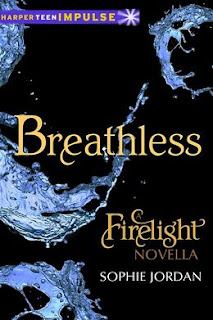 I haven’t read the novella yet but I can’t wait to see what happens with Az!
Overview:
Sophie Jordan’s breathtaking digital original novella set in the world of Firelight.

For Az, it’s supposed to be a fun summer vacation with her family. Nothing complicated. Just a quick trip to test the waters as she prepares for a year on her own. That all changes when she rescues a drowning girl and meets Tate—the most gorgeous human boy she’s ever seen. Tate throws her heart, her plans, and her life into upheaval, but the closer she gets to him, the harder it is to hide the secret of what she is.
With no hope for a future together, the last thing that can ever happen . . . is love. 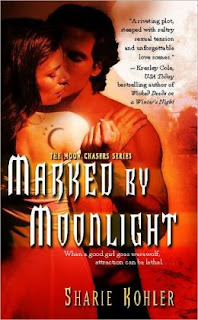 I haven’t read these books yet but they are on my wish list for sure!
Overview: Seemingly overnight, Claire Morgan has transformed: the normally mousy school-teacher is now bold, and her behavior is truly wild. Her eyes gleam silver. Suddenly she’s a self-confident femme fatale with a libido that just won’t quit. After an impulsive makeover, she’s even…dare she say it?…sexy. Is Claire going insane?
Then brutally handsome stranger Gideon March tells her she was bitten by a werewolf, and Claire figures he’s the insane one. Sure, she was attacked by a nasty dog in a back alley, but this guy stalking her says he’s a member of an underground society of lycan hunters — and his mission is to kill her immediately.
When Claire finally realizes she really is a lycan, there’s no turning back — because by now Claire and Gideon are bound by a hungry passion. If they can’t break the curse by the next full moon, Claire’s soul will be lost forever and Gideon will be forced to terminate his prey — a woman dangerously close to devouring him, heart and soul.
You can buy Sophie’s books here, and here.
Sophie Jordan Interview

Well, firstly … I’m still writing adult romance. I doubt I will ever stop writing in that genre because I love writing (and reading them) so much and I have so many great readers clamoring for my next romance novel.

But basically, I just started reading a lot of YA – like A LOT. When I wasn’t writing, I was reading a YA books. I fell in love with the HUNGER GAMES and Lisa McMann’s WAKE series, and I knew I wanted to be a part of such an exciting genre. I couldn’t wait to get started … and eventually I came up with the idea for FIRELIGHT.

What author inspired you to write?

Oh wow. There are so many I could name, Victoria Holt, John Jakes, Lisa McMann’s, Suzanne Collins, and Johanna Lindsae…just to name a few.

If there was one thing you could change in the Firelight trilogy what would it be?

Maybe I would add in more of the draki lore since people are always so interested and asking about it, but then I would risk slowing down the plot and taking away from the romance and action. So, no. I wouldn’t change anything.

If there was a movie who would you like to play Jacinda?

Is there any future books/projects you can share with us?

Yes, I have a couple of works in progress.

For Az, it’s supposed to be a fun summer vacation with her family. Nothing complicated. Just a quick trip to test the waters as she prepares for a year on her own. That all changes when she rescues a drowning girl and meets Tate—the most gorgeous human boy she’s ever seen. Tate throws her heart, her plans, and her life into upheaval, but the closer she gets to him, the harder it is to hide the secret of what she is.With no hope for a future together, the last thing that can ever happen . . . is love.

The first in a two-book series pitched as The Scarlet Letter meets Minority Report; in which a teen’s perfect world unravels when mandatory genetic profiling reveals she’s a carrier for HTS (Homicidal Tendency Syndrome), otherwise known as the “kill gene” and she’s forced to question herself, her world, and her love.